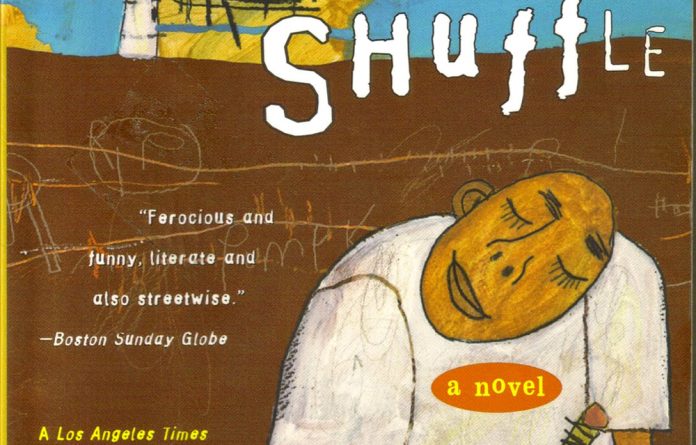 Pumla Dineo Gqola: Reflecting Rogue: Inside the Mind of a Feminist. If the Johannesburg book launch is anything to go by, Professor Gqola is a literary and feminist rock star to many of the different kinds of people who sardined themselves into Melville’s Love Books a few weeks ago. I want to call her a writer’s writer but I’ll settle on teacher, which is how I would describe the feeling of reading the mind of this feminist. I see myself, my family, the landscape of my childhood and the contours of my “now” in this book of essays that forays into domestic and national memory and history, South Africa’s contemporary social landscape and a futuristic guide on everyday intentional feminist living. The writing is almost edible in its easy flow, as is the relatability of the subject matter. This book, which will make for a great gift for any time of the year, is an important interlocutor for the end-of-time madness we call the 21st century. (MB)

Paul Beatty: The White Boy Shuffle. It’s been a while since I read Paul Beatty, but I remember being literally drunk on the racy, dense prose of his 1996 classic. Beatty riffs on the contemporary black American experience, the neat boxes that people are supposed to fit into and, of course, the idea of the binary between nothingness and messianic importance. I’m thinking of the Man Booker winner now because in September, he’s going to be in South Africa for the Open Book Festival in Cape Town. (KS)

To honour Kwanele Sosibo’s interview with Letta Mbulu and Caiphus Semenya (on pages 4 and 5), I’ve been listening to a mix of their live concerts, notably their Music in the Air (Live in Concert) release, and basically I live for the day that they perform live again. (MB)

Shadow Abraham With Mono Mono Friends: Babalawo. For me, volume two of Wake Up You! (The Rise and Fall of Nigerian Rock) doesn’t start until the needle shifts to this thick slice of, I dunno, funk or highlife, maybe. I show my ignorance here, but this song is worth the whole LP. Shamelessly, I know nothing about Shadow Abraham or his Mono Mono Friends. (KS)