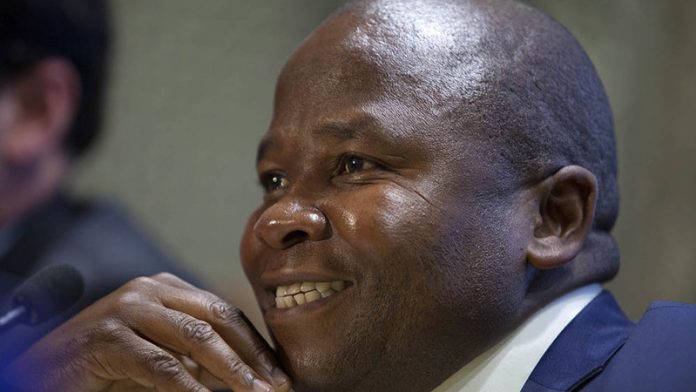 Twenty of those municipalities had registered progress in terms of compliance, he said following a quarterly presidential coordinating council meeting at Tuynhuys in Parliament.

“Some of the issues that have been raised are currently being looked at by the Eskom board as well,” Van Rooyen told journalists in Tuynhuys.

Eskom has agreed that it will align its credit policy to that of municipalities. The power utility currently gives a credit deadline of 15 days, whereas municipalities have a 30-day deadline for their lenders.

“There is a positive correlation between the economic status of municipalities and the rate at which they pay their creditors, including Eskom,” he said.

“It’s very clear that the lack of economic basis in many municipalities is one of the key contributing factors of municipalities not being able to pay.”

As a result, government would continue to review the current formula for the equitable share of the budget between municipalities, Van Rooyen said.

The inter-ministerial task team would continue to mediate the issue, he said. As high as R12bn Van Rooyen did not have the exact figure owed to Eskom on hand.

Media reports have put the figure between R8-billion and R12-billion.

iAfrica reported on Tuesday that the combined debt is R11.54billion. Eskom plans to cut electricity to around 42 municipalities due to bills being in arrears, the report said.

Other items on the agenda at the PCC included the progress of the Back to Basics programmes in the various provinces and municipalities around the country.

Three provinces presented on their progress in the Back to Basics programme – the North West, Western Cape and Free State.