Underdogs eye a weekend of glory

Cape Town City defender Robyn Johannes says the squad is under no illusion about the task in hand when they face Bidvest Wits in the second leg of the MTN8 semifinal.

The Citizens hold a slender 1-0 lead thanks to Ayanda Patosi’s solitary strike at Cape Town Stadium last month and now travel to the Bidvest Stadium for a chance to dump the champions out of the competition and secure a place in the final.

Johannes, who’s been tipped to take over the captain’s armband after Lebogang Manyama’s departure to Turkish side Konyaspor, has been in scintillating form since joining the blue-and-gold army. His new head coach, Benni McCarthy, has questioned why he’s never been part of the national team setup during his career.

“It will be another big battle,” Johannes told the IOL website.

“We know it will be difficult; we know how good Wits are. We take an advantage into the game, which means Wits will have to come out and attack us and that will perhaps leave them open at the back.

“If we stick to the game plan, perform as we always do, then we can pull it off.”

Former Bafana Bafana striker McCarthy, who was once a team-mate of the 31-year-old Johannes at Orlando Pirates, lauded his ball-playing ability.

“He is the most underrated defender in our league,” McCarthy told KickOff website.

“I said when I joined Pirates that I couldn’t understand how this player couldn’t play in our team. Robyn is the best defender I’ve seen with the ball at his feet, and can even easily play holding midfielder.” 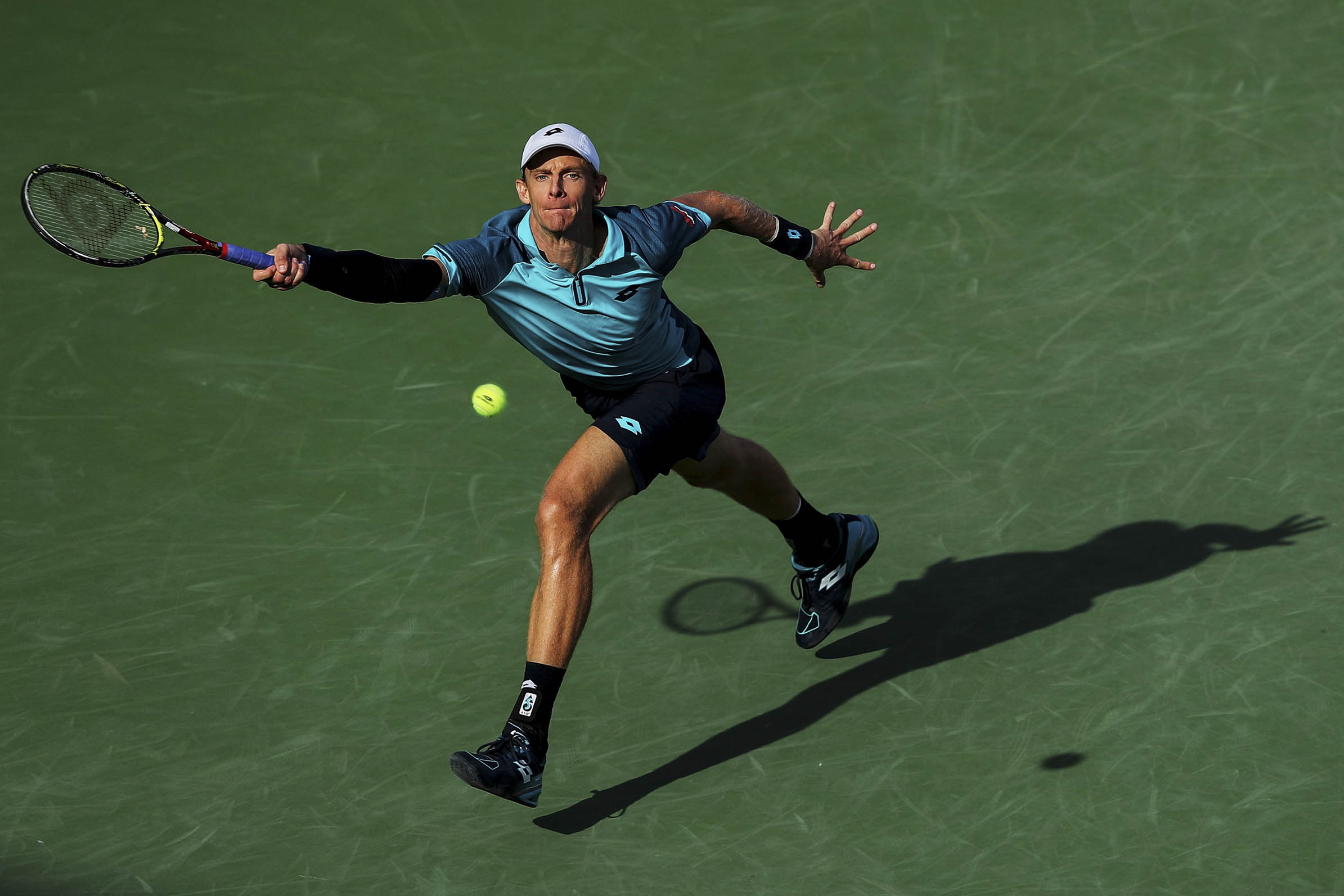 The record books have been consulted and it appears that, strictly speaking, Kevin Anderson is not the first South African to have reached the US Open semifinals after all.

After his quarterfinal victory over American Sam Querrey, it was widely reported that Anderson’s final-four berth was a first for South Africa since tennis’s open era began in 1968. Prior to that, South African-born Cliff Drysdale had made the final of the 1965 US National Championships, as the US Open was then called.

However, after delving into the archives it was discovered that Johan Kriek reached the US Open semifinals in 1980, when the Pongola-born two-time Grand Slam winner was still a South African citizen.

The following year Kriek would go on to win his first Grand Slam title at the Australian Open — as a South African — before becoming a naturalised American in August 1982.

Kriek would defend his Australian Open title in 1982 when the tournament, now played in January, took place over November/December. Three years later, Durban-born Kevin Curren, by then already an American citizen, lost in the Wimbledon final to the 17-year-old Boris Becker.

The fact Anderson is following in Kriek’s footsteps rather than blazing his own way into the record books in no way detracts from what has been a stellar performance to date at Flushing Meadows by South Africa’s undisputed number one tennis player.

Anderson is set to reach his maiden US Open final, if bookmakers are to be believed. It would be his first-ever Grand Slam final.

Anderson will face Pablo Carreño Busta in Friday’s semifinal after the Spaniard beat Argentina’s Diego Schwartzman 6-4, 6-4, 6-2 in their quarterfinal clash.

Leading bookies Sportingbet have installed Anderson as a 1/3 favourite to beat 12th seed Carreño Busta, who is the underdog at 21/10 odds.

Anderson is a 11/2 third-favourite to go on to lift the US Open title, behind Rafael Nadal and Juan Martin del Potro.

Anderson holds a 2-0 head-to-head win record against Carreño Busta and is yet to drop a set against the Spaniard.

Footage of a television commentator who broke down in tears while celebrating Syria’s priceless World Cup qualifying equaliser against Iran has gone viral, racking up more than a million views online.

When Omar Al Soma scored in the 93rd minute, earning Syria a 2-2 draw and a place in the Asian play-offs for Russia 2018, the commentator was so overcome with emotion he shouted excitedly for two minutes.

The repeated shouts of “Allah!”, which echoed the famous “Goooooal” celebrations on Brazilian television, finally died down as the commentator began to sob.

The tweet drew 1.2‑million views and half-a-million responses such as shares and likes, with footage on YouTube also being viewed hundreds of thousands of times.

War-torn Syria, who have never reached the World Cup finals, now go into a two-legged series with Australia, with the winner reaching a play-off against a team from the Caribbean, North and Central American region.

The South African Football Association has confirmed receiving a report from world football governing body Fifa stating that Bafana Bafana will be required to replay their 2018 World Cup qualifier against Senegal that took place on November 12 in Polokwane, which South Africa won 2-1, according to the Safa website.

According to Fifa, the decision follows the Court of Arbitration for Sport’s confirmation that it will uphold the lifetime ban of match referee Joseph Lamptey for “match manipulation”. This ruling was imposed by Fifa’s disciplinary and appeal committees.

In their letter, Fifa stated that the match must be replayed during the November international window, with the exact date to be confirmed.

Safa is studying the contents of the report and will issue a statement on whether it intends to challenge the decision. Safa also stated that it was in no way involved in any wrongdoing related to the actions of the referee. — News 24 and agencies

Women’s football in Nigeria has a long history of defiance