Two years ago, Cukia Kimani and Ben Myres were University of Witwatersrand students who dreamt of making games. Next year, their game Semblance will land on the Nintendo Switch.

The two met at Wits. Both were studying for a degree in game design and Myres was already something of a leading light in his class.

“We officially locked eyes about two years before Semblance, in 2014, when I first saw Ben at a gaming meet-up and he was leading the charge of all the local developers there,” says Kimani. “I was, like, ‘damn, I want to work with this guy someday’.”

Fast forward two years and Kimani and Myres found themselves in the same class working on their final-year projects. Myres approached Kimani about possibly working together.

“I tried to play it cool and not show how excited I was,” says Kimani. “I was like ‘yeah, sure, man. I don’t mind! You can help with my project!’ It turned out to be the best decision I ever made.”

The pair set to work, with Kimani handling the programming and Myres working on designing puzzles for each level. What began as an assignment started to blossom into a full-blown game. 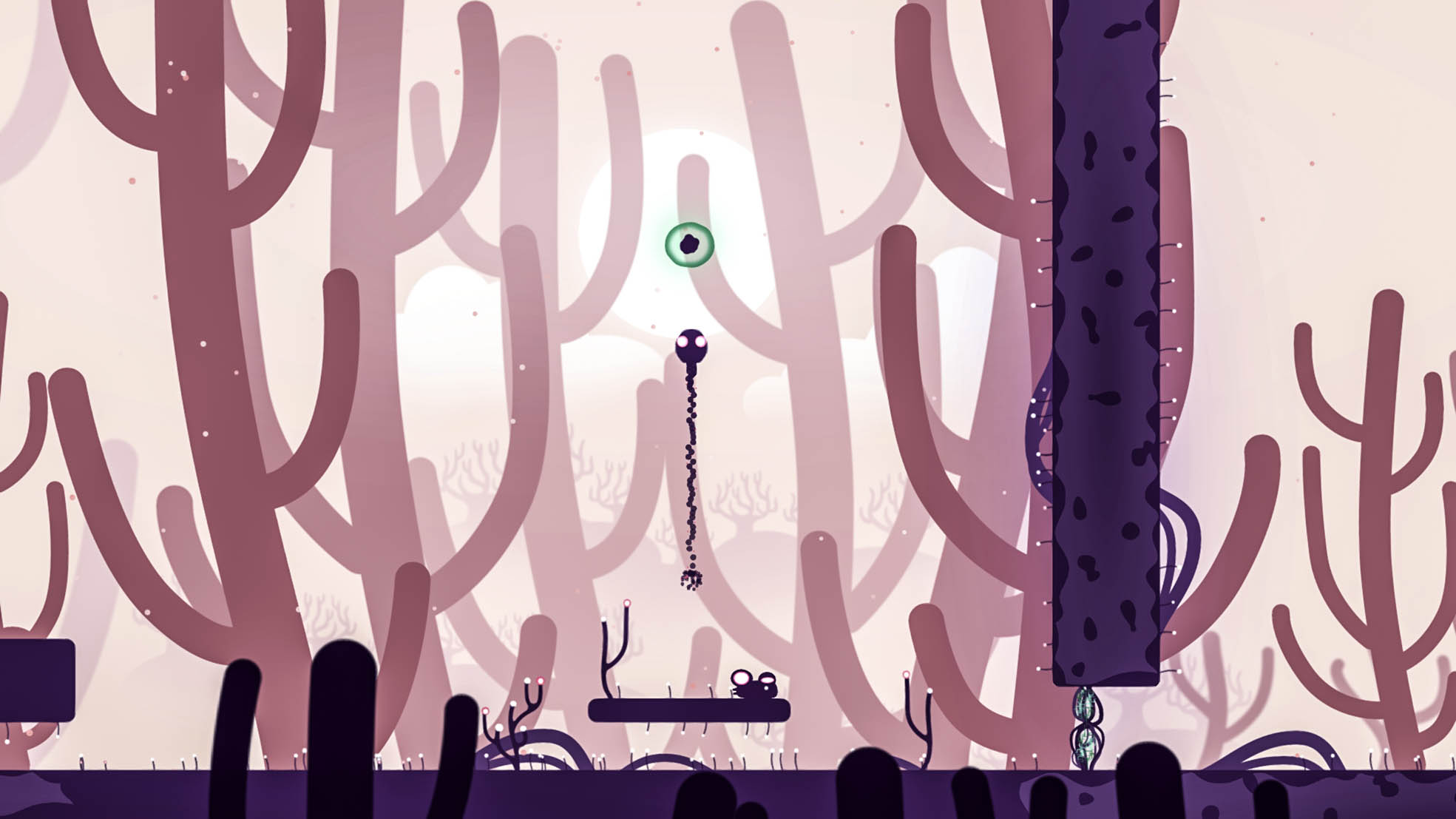 [‘Last month, Nintendo released a global trailer for forthcoming indie games on the Switch console and Semblance was featured’]

While work on Semblance progressed, the two started meeting more local developers and learnt that they were far from alone in their endeavours. South Africa boasts a small but tight-knit indie gaming scene, filled with friendly people who routinely help one another out on projects and Kimani and Myres soon found themselves surrounded by support and encouragement from their peers.

Still, the idea that Semblance could cause a stir beyond just their circle of friends seemed like a dream. It all changed when they met Judd Simantov, a local developer who had worked in the big leagues. At 22, Simantov had been part of the animation team for Naughty Dog, the studio behind Sony’s Uncharted series for the PlayStation. Kimani says Simantov encouraged them to take Semblance to the next level.

“We were amazed,” says Myres. “The game wasn’t even working an hour before we showed it to Judd and here’s this guy who has worked on Uncharted and The Last of Us and he’s telling us we can make it.

“We gained a lot of belief from that and decided to give it a shot, even though, at the time, we had no idea if we could do it.”

Shortly after that Myres and Kimani founded their development studio, Nyamakop (as in meat head). It was at this time that a bug in the game gave Semblance its signature style.

“There was a glitch in the game where, if you kept hitting surfaces around you, you could deform the platform,” says Kimani. “I showed this to Ben and he said, ‘that’s our mechanic!’

“We realised that this functionality would make Semblance unique because it’s not the sort of thing you normally see in a platform game like this.”

The pair put a build of the game together and started showing it at festivals, including last year’s A MAZE games gathering and the rAge expo in Johannesburg last year. Semblance started gaining traction in the local gaming scene, but Myres and Kimani realised programming and coding would only get them so far. Their game needed heat.

Nymakop started reaching out to investors and international festival organisers, so that they could show their game to a wider audience. Sponsorship offers followed and 2017 has turned into a whirlwind global tour for Myres and Kimani.

Starting in March with Train Jam — a mobile workshop in which developers were tasked with coming up with a game while travelling from Chicago to San Francisco — the pair attended the Games Developers Conference, the E3 expo in Los Angeles, Gamescom in Cologne, Creative Coast in Sweden and even the Out of Index festival in South Korea.

“Travelling was hard, but it made the game what it is today,” says Myres. “We met so many people — journalists, developers, platform holders, business connections — and we were showing the game to hundreds of people at the time. It was creating awareness, but we also received a ton of feedback, which was great in helping us define what the finished game would be like.”

At the same time, Myres made posting on social media a daily task, uploading footage from Semblance whenever a new build was ready, and monitoring responses.

“We’d watch for the reaction each video or gif would get,” says Myres. “If one of them saw a lot of retweets, shares or comments, we knew that it contained a mechanic or a puzzle that people wanted to see more of.”

Semblance had now achieved a kind of global development cycle, in which the game was reaching a huge audience who were giving Myres and Kimani a steady stream of feedback, which would prove invaluable in their development efforts.

The hard work paid off when Nintendo gave Nyamakop the nod. The Japanese games giant opened up its Switch platform for Semblance and Myres and Kimani started working on a port. They are the first local developers to see their game released on any Nintendo platform.

Last month, Nintendo released a global trailer for forthcoming indie games on the Switch console and Semblance was featured. The buzz around the game exploded.

“It’s petrifying,” laughs Kimani. “Before we [were] working on this game and a few buddies knew about it. Now, the whole world’s looking at us!”

Myres says: “We’re conservative in our expectations, but the reaction we’ve had has been amazing. Cukia and I have always been cautiously pessimistic, but this year, because the things we’ve seen and done, this doesn’t seem like a pipe dream anymore.”

Not bad for a game that began life as a university assignment.