As the ANC crumbles, it’s time to choose

The majority of South Africans, especially black people, are seriously disillusioned. They believe they have been abandoned at sea by their trusted captain.

The problem is that black people had bought into the propaganda that the ANC was ordained to rule “until Jesus Christ comes back”. It is now more than clear to all thinking people that the ANC has reached the last days of its life. And most black people do not know how to go on with life with the ANC out of power.

The reality of political life is that, if you do not make a choice, choice imposes itself on you. There are people who stayed at home during the 2016 municipal elections, unwilling to vote for a rotten ANC, but lacking the courage to make a cross next to the head of an opposition leader.

Choice imposed itself on these people. In the metros of Tshwane, Johannesburg and Nelson Mandela Bay they now live under a new government they refused to imagine. Change does not stop coming simply because your eyes are closed.

Historically minded people do not fear change. They face and embrace it with courage. Life is constantly in flux. What is born must die. It does not matter how dearly it is held by a man’s heart. It is said that, when the wife of famous philosopher John Stuart Mill, Harriet, died in November 1858, he moved to an apartment overlooking the cemetery, hoping for some kind of spiritual fellowship with the departed flower of his heart. Alas, what is gone is gone.

Political change is necessarily unsettling. When ruling parties are in power, they create close circles of patronage. They distribute largesse to sycophants who are willing to do the bidding of powerful politicians. But there are the genuine expectations of voting masses that, once in power, the governing party will govern well and deliver quality services.

This is precisely what millions of South Africans had expected of the ANC. Zuma and his fellow moneymen have corrupted the ANC beyond repair and re-engineered the party to become an instrument of personal wealth accumulation.

The unsettlement of change is also psychopolitical. South Africans are generally loyal political animals. They have fixed and settled political ideas about political parties. This is both a function of our country’s unique history and the nascency of our democracy.

In older Western societies, citizens are born into flexible political cultures, in which parties come to and are removed from power from time to time. The idea of changing a governing party whenever it offends voters is well established. In South Africa, voters treat political parties like husbands and wives. It is fidelity all the way, no matter what.

This is why the ANC has become so arrogant. The party treats voters, especially black people, as if it is married to them. In a marriage, partners fight during the day and still share a bed at night. A voter who allows a political party to treat him or her like that has given away his or her political power. The logic of democracy as a system of government is precisely to give the voter a stick with which to punish arrogant political parties.

Is there an alternative for the millions of black South Africans who have been left high and dry by the ANC? Yes, there is. Essentially there are two options: either to form a new political party or to support an existing opposition party of your choice. But the option of forming a new political party to challenge the national elections in two years’ time is unrealistic.

Forming and consolidating a new political party is not a walk in the park. It is as physically and intellectually demanding as it is financially expensive. It is easy to excite people about a new political project, but it is very difficult to weld divergent characters into a cohesive ideological and operational entity.

The most realistic option is for South Africans to choose new political homes from existing opposition parties.

The Economic Freedom Fighters (EFF) is there for black people who are attracted to the theory and practice of national socialism. This party has now consolidated itself as a formidable political entity with a coherent message and identity. It wants to expropriate land from white people without compensation and nationalise mines and banks. There is no ambiguity about the EFF’s agenda. If you think this represents a better future for South Africa, vote for the party in 2019. 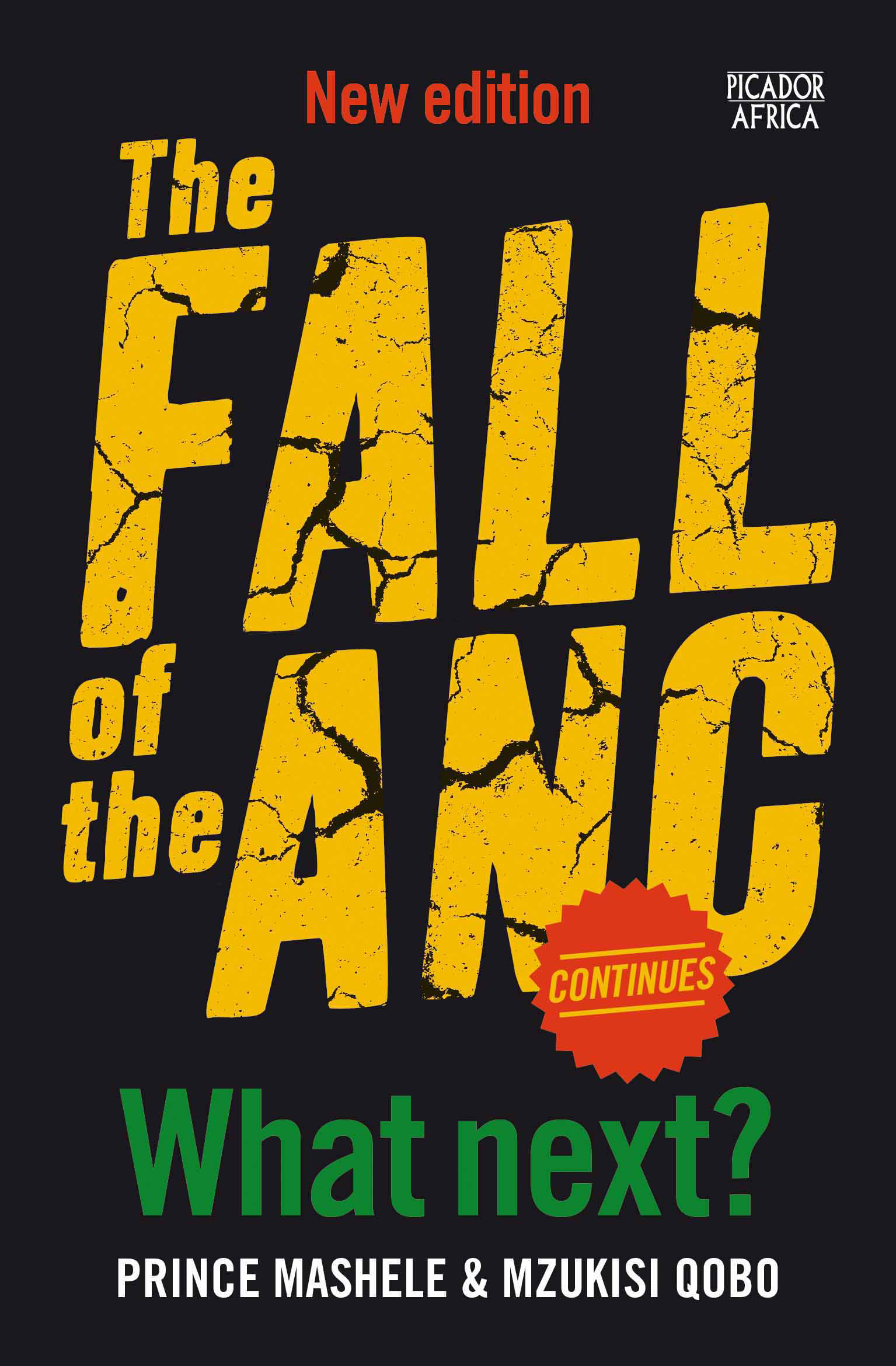 It is not for us to tell you not to vote for any party, but it is our view that a party that advocates the interests of one racial group is not the best option for South Africa.

This is a serious weakness the EFF may wish to correct in its ideological stance and messages. Historically, black South Africans have rejected exclusively black parties such as the Pan Africanist Congress. The often ignored truth is that black South Africans do not hate white South Africans. They simply want justice and equality.

The EFF might also want to rethink its radical posture. Although the party seems to be fashionable among some black youths, the idea of attacking everything that is white may turn out to be the very dampener on the EFF’s appeal to the broader public.

When reflecting on matters soberly, most black people could be scared that a possible EFF government would lead to Robert Mugabe’s mess in Zimbabwe, or to the unmitigated disaster that Venezuela has become. South Africans have seen many Zimbabweans begging at street corners. They do not wish to see that happening to their own brothers and sisters, in the name of “radical economic transformation”.

Having said this, it is for the EFF to decide what to do with its own ideological soul.

Being the largest opposition party in South Africa, the Democratic Alliance is another realistic option for South Africans who have been left stranded by the ANC. The DA has the advantage of having governed a province — the Western Cape — and big metros. Although some people may quibble about the DA’s performance in the Western Cape, no one can say the party has no experience in governance. Ideologically, the DA is also unambiguous. It is a liberal party that believes in open opportunities for all. If this is music to your ears, vote for the DA in 2019.

In our view, the DA has weaknesses it must correct if it hopes to earn the trust of the majority of black South Africans. The perception that this is a party for white people is fuelled by the complexion of the party’s representatives in Parliament and in its leadership structures. The idea must be to open up space for black thinkers who can add value to internal political discussions in the party and who can convince millions of black voters that the DA is truly a South African party.

The DA must also consider the roots of its liberal ideology in a society constituted by population groups who were singled out and economically disempowered by colonialism and apartheid. How does liberalism deal with the group disempowerment of black people? Can liberalism explain away the fact that whites, as a group, were empowered by successive minority regimes?

Conceptually, the theory of liberalism is bedevilled by the same fundamental defect that plagues its ideological opposite — communalism. The idea of a pure self that leads an autarkic existence is as fictional as the idea of a selfless human being whose entire source of human fulfilment is the pursuit of social interests.

Beyond matters pertaining to ideology, the DA and the EFF would be well advised to urgently embark on recruitment. Both parties currently do not have the capacity to govern South Africa.

As South Africans contemplate political change in 2019, there is an element of doubt about whether either the DA or the EFF has a pool of credible and technically competent leaders who can be appointed as Cabinet members, or to lead national institutions.

South Africa is faced with real and daunting challenges. Both the DA and the EFF need to demonstrate that they are ready to govern. This must be done through the articulation of sound policies as well as through demonstrable human capital.

Prince Mashele is a research fellow at the Centre for the Study of Governance Innovation at the University of Pretoria. Mzukisi Qobo is associate professor and deputy director at the National Research Foundation Chair: African Diplomacy and Foreign Policy at the University of Johannesburg. This article is an edited extract from their book, The Fall of the ANC Continues, published by Picador Africa