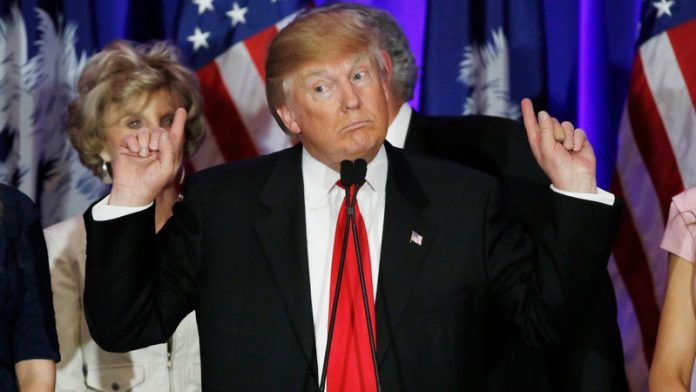 World leaders open their annual debate at the United Nations on Tuesday, eager to hear US President Donald Trump deliver his maiden address amid global anxiety over North Korea and Iran.

Trump takes the podium at the General Assembly just after Brazil’s Michel Temer, presenting his message to the world as he pushes his nationalist “America First” agenda.

At a first UN appearance on Monday, Trump vowed to push for reform at the world body that he once disparaged as a “club” where “people get together, talk and have a good time.”

On Tuesday, the US leader will outline his foreign policy priorities, from confronting North Korea over its nuclear and missile tests to deciding the fate of the Iran nuclear deal.

A top White House aide said Trump will take aim at “rogue regimes that threaten world stability and peace,” singling out Pyongyang and Tehran during his 30-minute remarks and urging responsible nations to step in to curb their behavior.

Trump will argue nation states should be free to pursue their interests unfettered — a contentious message for delegates to the world’s foremost multilateral forum.

French President Emmanuel Macron, seen as the face of a more confident post-Brexit Europe, will also be making his first address to the 193-nation assembly.

His speech will likely offer a sharp contrast to Trump’s world view.

The French leader has embraced multilateralism and even went so far as to turn Trump’s “Make America Great Again” slogan into a motto in favor of climate protections: “Make the Planet Great Again.”

France is pushing Trump to reverse his June decision to withdraw from the 2015 Paris climate agreement and stick with a deal seen as the UN’s best achievement in years.

Seeking to shore up the climate deal, UN Secretary-General Antonio Guterres will be joined by Macron for a meeting on the sidelines of the General Assembly later Tuesday that the United States has decided to boycott, unsurprisingly.

At the UN podium, Macron is expected to defend the landmark nuclear deal with Iran amid fears that a US pullout would deal a blow to decades of global non-proliferation efforts.

A counterview on Iran is likely to come from Israeli Prime Minister Benjamin Netanyahu who on Monday described the nuclear deal as “terrible” as he went into talks with Trump.

Russia and China, whose foreign ministers will speak later in the week, are getting ready to challenge Trump on North Korea after warning that military action on the peninsula would be catastrophic.

Both countries are firm supporters of the Iran nuclear deal.

Turkish leader Recep Tayyip Erdogan will take his turn at the rostrum as the war in Syria rages on and Kurds in neighboring Iraq are pressing for independence, a move that could have ripple effects among Turkish Kurds.

Syria and the Israeli-Palestinian peace process are likely to be key themes during Egyptian President Abdel Fattah al-Sisi’s remarks.

Taking a break from the marathon of speeches, world leaders will attend a luncheon hosted by Guterres at the United Nations, with Japanese Wagyu beef, Yukon gold potatoes and chocolate mousse on the menu.

Trump will be seated next to Japan’s Shinzo Abe, who is expected to share his concerns about North Korea during his address on Wednesday.