An independent Catalonia will leave Barça in a catch-22

Recent events in Spain have set the nation’s people on a possibly brutal collision course. Although this battle is being fought on the statesman’s field, it harks back to perhaps the most politically driven rivalry in sporting history.

The people of Catalonia have always taken ardent pride in their heritage, so much so that many crave a sovereign state. The percentage of the population that would see this come to fruition will be gauged when the province heads to a referendum on October 1.

It’s a vote that will by no means be straightforward. Spanish Prime Minister Mariano Rajoy has held firm in his opposition to it — declaring it illegal and refusing to enter into any form of negotiations. His government has threatened to arrest any mayor in the region who supports the poll and has taken legal action against its chief protagonist, Catalan President Carles Puigdemont. Last week the state sent 4 000 additional police into Barcelona and its surrounds, with orders to take over from local law enforcement. The situation is simmering and has the unfortunate possibility of turning violent.

At the crux of the intricate web of reasons driving the call for succession is Catalonia’s sense of exploitation. In essence, its capital brings in more income than any other city in Spain but is forced to pay disproportionate taxes. The Statute of Autonomy of Catalonia was signed in 2006, which brought more favourable regulations, only for it to be overturned in 2010 by Rajoy’s conservative government in the midst of the country’s economic crisis.

Nonetheless, deep-seated identity politics will always drive any call for secession. The separatist movement is perhaps unique in a contemporary world of political flux in that it comprises identities from across the ideological spectrum.

Puigdemont’s movement consists of parties that can be considered leftist, centre-right, pro-European Union and even radical socialist. All are united behind one idea: an independent Catalonia. This is a concept that has a rich history … and is tied inseparably to football.

FC Barcelona was founded in 1899 but its true mythos was born after 1936. That year saw then club president Josep Suñol assassinated at the beginning of the Spanish Civil War. His mantra of “sport and citizenship” would become immortalised.

Franco, who had won the war with decisive contributions from both Italy’s Benito Mussolini and Germany’s Adolf Hitler, systematically set about dismantling the notion of Catalan identity. First their flag was banned, then the language outlawed, before various aspects of the distinctive culture were picked apart and blacklisted. All that remained was FC Barcelona. 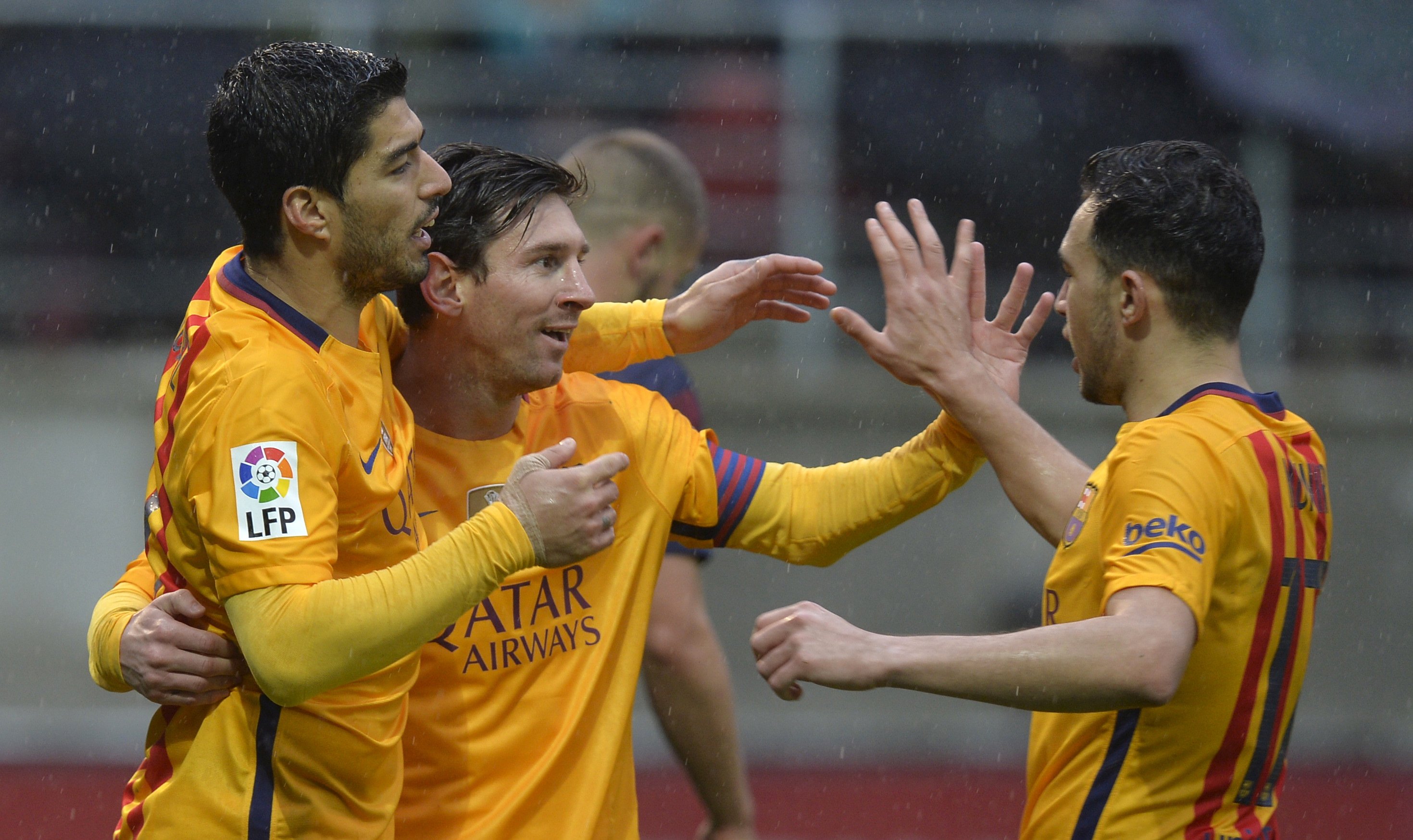 Barcelona still wears the red and orange of Catalonia on some away kits.

“More than a club.” The phrase may have been coined in 1968 but it rang true long before. The team was something that an entire society could cling to in the dark days of dictatorship. It’s a duty proudly remembered, even in the globalist, mega-rich world of club football today. On Barça’s official website it reads: “From then on [after Suñol’s death], the club came to be an icon of the defence of the Republic … When the civil war ended, General Franco’s dictatorship sought to destroy the club’s social significance.”

One way he sought to do that was by emboldening the team that would become their bitter rivals.

Real Madrid represented everything the regime dreamed Spain could be: homogenous, cultured, urbane and loyal. Founded as the Madrid Football Club, King Alfonso XIII had in 1920 granted it the title of real, which means royal in English. Franco, who fancied himself a football aficionado, relied on their success to stamp out delusions of rebellion on the pitch.

Conspiracy theories would go into overdrive when the great Alfredo Di Stéfano moved to Madrid in 1953. In one of the greatest transfer fiascos of all time, the Argentinian had arrived at Barcelona but his Fifa-sanctioned move was later reversed by the Spanish football federation because of complications in his sale rights. The delay allowed Madrid to swoop in.

The exact circumstances of the move and potential influence of the Spanish regime in the draconian decision by the federation remain unclear. Again, Barcelona’s website doesn’t hesitate to express the club’s view on the matter: “A strange federative manoeuvre with Francoist backing.”

The Blaugrana would get one over their rivals when they signed Johan Cruyff in 1973. Real were reportedly desperate for his signature, but the Dutchman detested the right-wing elements that were associated with the club. Shortly after joining, he was instrumental in a 5-0 drubbing in the Clásico, a game etched in Madrid lore as “the Black Night”. The outspoken and rebellious Cruyff quickly became synonymous with what Barcelona stood for.

His superstar status allowed him a voice when others had been silenced. He named his son Jordi, an illegal name because the Catalan language was outlawed at the time. In an effort to avoid a scandal, Spanish authorities begrudgingly acquiesced and allowed him to register the name. The Dutchman’s son was now the first legal Jordi in decades. 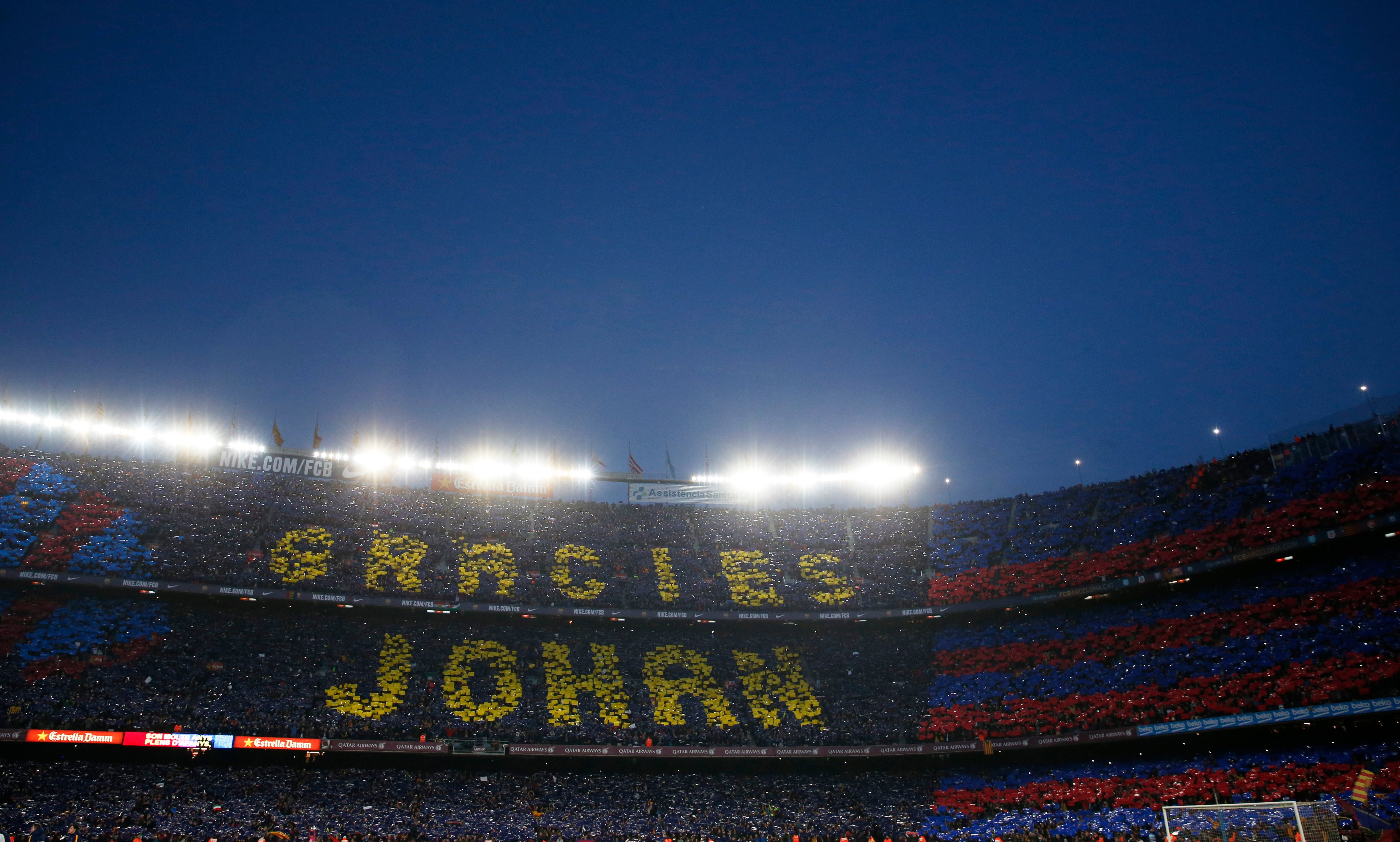 Today, FC Barcelona still very much propagates “sport and citizenship”. Its fans use the team as a vessel to carry their pride in Catalonia. The red-and-orange flags fly high in the glorious 99 000-seater stadium, despite Uefa repeatedly fining the club for brandishing what it considers political regalia.

The Blaugrana can count bona fide 21st-century superstars among its ranks who are honoured by their Catalan heritage. To name a few; Xavi, Carles Puyol, Cesc Fàbregas, Gerard Piqué, Pep Guardiola and Sergio Busquets have all made appearances for the Catalonia national team. The same group of legends has spoken out on the issue of independence to varying degrees.

Current Manchester City boss Guardiola, for instance, attended a rally in June and spoke on the necessity to hold the vote. “We have no other option but to vote,” he told the crowd in Barcelona. “We call on democrats the world over to help us to defend the rights that are threatened in Catalonia, such as the right of freedom of expression and the right to vote.”

The club itself, meanwhile, recently defended the right to vote and condemned government efforts to crack down on it. It said in a statement: “In remaining faithful to its historic commitment to the defence of the nation, to democracy, to freedom of speech and to self-determination, the club condemns any act that may impede the free exercise of these rights.”

Just as football will always have its seat at the politics table, the real world will have the potential to sully the beautiful game.

Whatever happens on Sunday, secession from Spain in the immediate future is incredibly unlikely. Even if the population overwhelmingly votes “yes”, Rajoy will ensure the walk to independence is a bumpy one. Nonetheless, if the separatists get their wish, the future will be cloudy from a sporting perspective.

The pointed question that arises is: Where will Barcelona — and derby rivals Espanyol — play?

Javier Tebas, the president of Spain’s Professional Football League, has been rather vocal on the issue. According to him, there will be no space in La Liga for teams not considered part of the country. “Barcelona cannot choose where it plays if there is an independence process in Catalonia.”

Like every strand in this complicated network of independence, there are no absolute outcomes, but there seems a very big chance that Tebas is correct. What then will become of this historic club? Removed from the infamously disproportionate payout structure of La Liga, it seems unlikely that Barcelona would be able to maintain its world-class status. As storied as La Masia may be, the club cannot survive without revenue.

What we could be witnessing is the most tragic irony in sporting history. Barcelona is more than a club; it is the manifestation of a dream that could only ever be realised on the football pitch. Now, if that dream improbably comes to reality — the politician’s reality — it could crush its most loyal army. 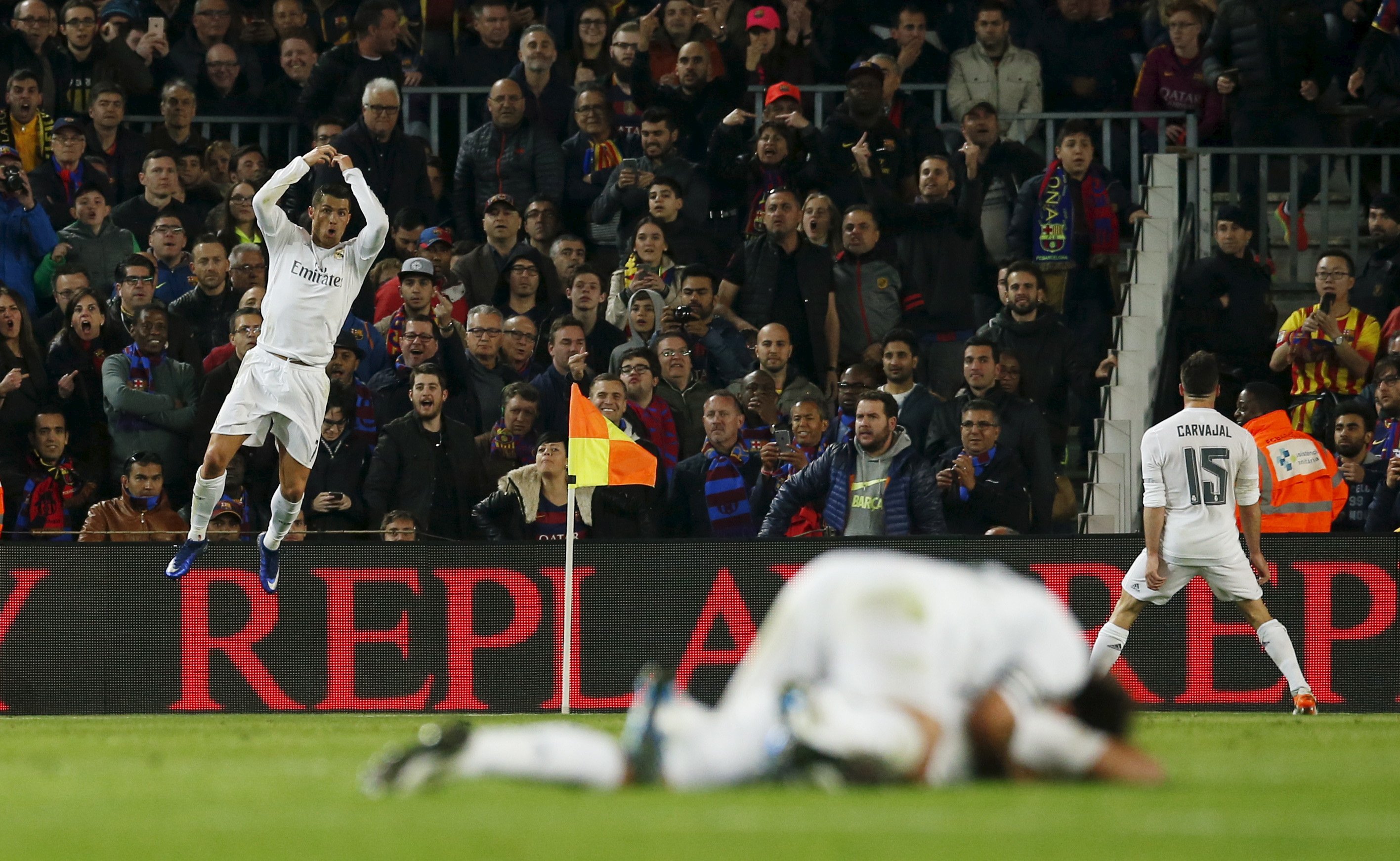 Scenes from a modern-day El Clásico.

Ajax must fight the status quo