Billed as a strike against state capture and corruption, Cosatu estimated that 100 000 workers in Gauteng, the Western Cape, KwaZulu-Natal and the Eastern Cape took to the streets on Wednesday. Their placards read “Away with Guptas”, “State capture leads to job losses” and “Zuma must go”. 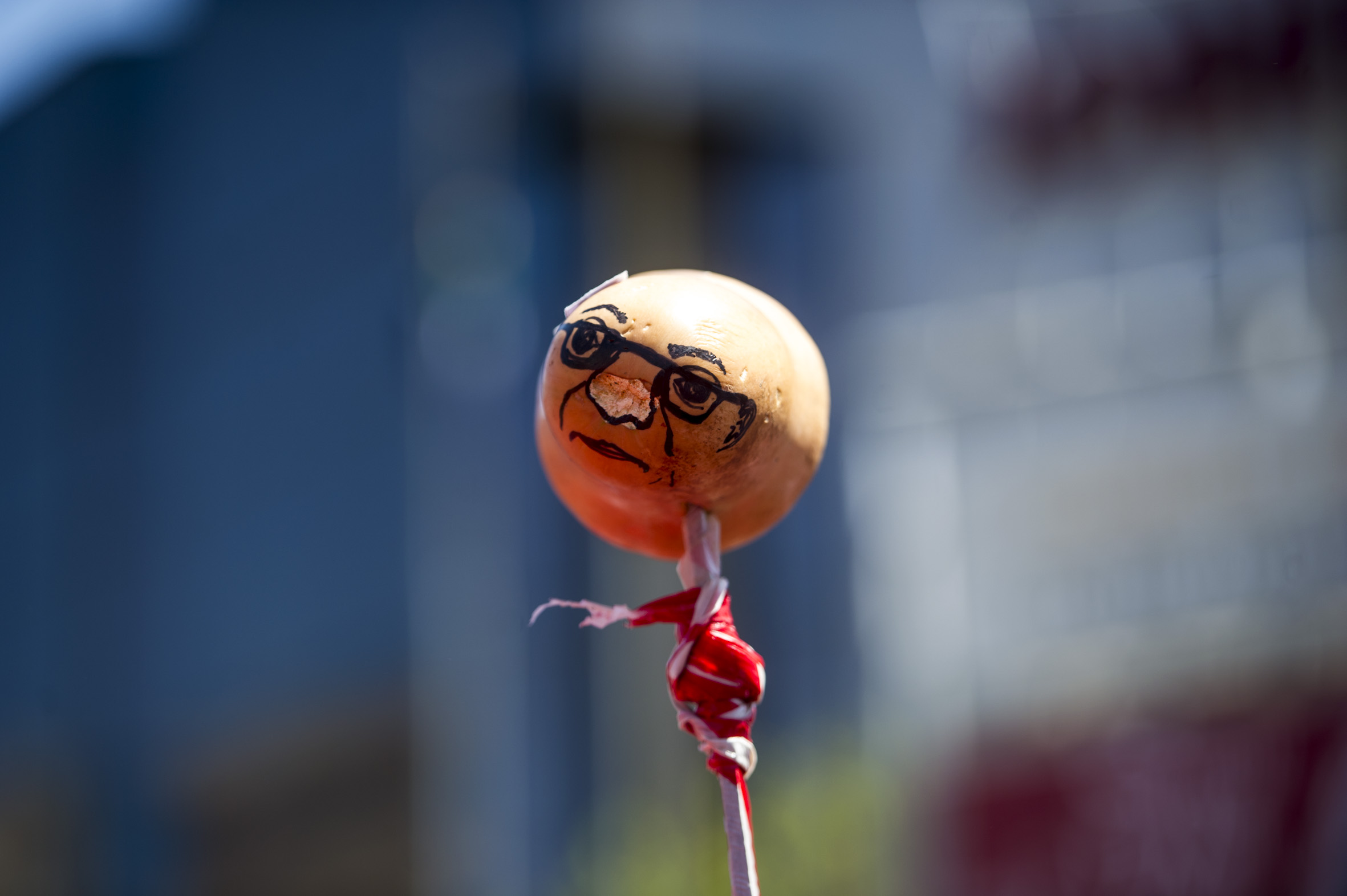 But the march of about 5 000 people from Braamfontein to the Johannesburg city centre took on a distinctly #CR17Siyavuma flavour — with support for the presidential campaign of deputy president Cyril Ramphosa dominating the protest.

Reports from across the country place the number of strikers nationwide closer to 20 000.

Cosatu general secretary Bheki Ntshalintshali told the crowd that workers bear the brunt of state capture and corruption. He said R29-billion is lost to corruption annually, enough to create 79 000 jobs every year.

It was the first section 77 strike application the National Economic Development and Labour Council had granted since 2012, and Cosatu protested against labour broking, e-tolls and the youth wage subsidy. This meant all workers were protected against disciplinary action for striking.

South Africa’s most effective general strike was the ANC-led three-day stayaway in 1961, a protest against apartheid. The mass turnout shook the country’s economy and solidified the ANC’s political position.

Ntshalintshali said under current conditions the support Cosatu received was the best a labour movement in South Africa was capable of.

Less than 40% of South Africa’s 16-million-strong workforce is unionised, and fragmentation because of newly launched federations has further polarised competitors.

Rival federation Saftu wouldn’t join Cosatu workers because the wounds of metalworkers’ union Numsa being expelled and Zwelinzima Vavi being fired by the ANC-allied body have not yet healed.

Other federations such as Fedusa and Nactu were not invited to take part in formulating the demands when applying for permission to strike, and did not support the strike.

The speeches in Johannesburg, laden with familiar condemnation of the status quo and the controversial Gupta family, also echoed slogans championed by Ramaphosa in his bid to take over from Jacob Zuma as president of the ANC.

“We are not going to keep quiet when the ANC is stolen in broad daylight,” South African Communist Party (SACP) general secretary Blade Nzimande told workers. “The money that was taken to Dubai, we are going to fetch it … If the ANC gets taken over by a faction in December, then that’s not the ANC of Mandela and Tambo if the faction wins.” 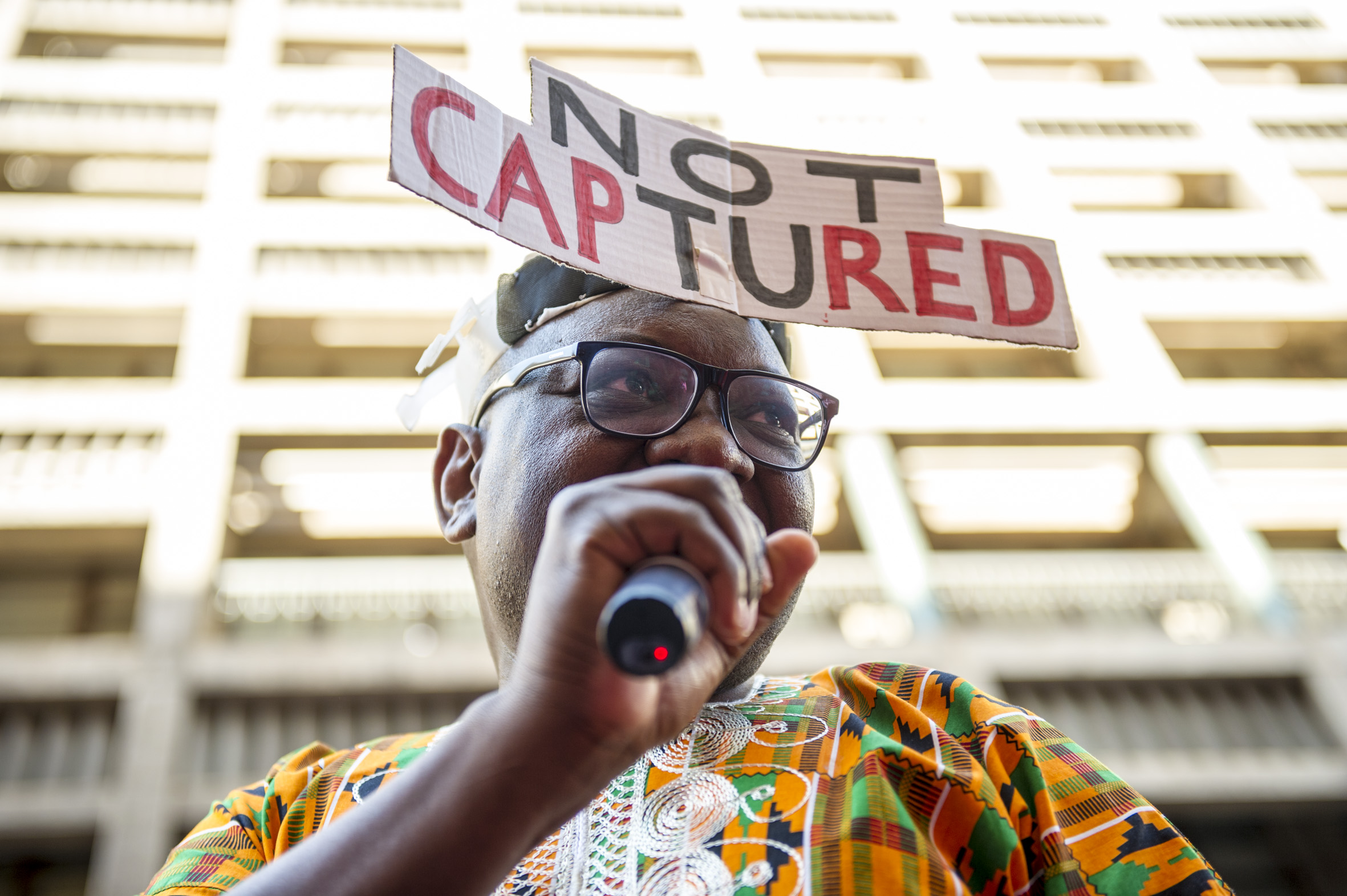 At the start of the Johannesburg march, #CR17Siyavuma T-shirts and caps quickly sold out. “We are ready for Ramaphosa” and “We’ll turn things around, don’t cry” were roared through the speakers by leaders.

In front of the Gauteng premier’s office, Ntshalintshali made no bones about who the federation blamed for the government’s failure to arrest the decay of corporate governance.

“When the president fails to condemn the Guptas, ministers Bathabile Dlamini, Mosebenzi Zwane and others, we say [Zuma] is not welcome anymore. You have failed us, step down please,” he said.

Jeppestown school teacher Ernest Nkosi stapled pictures of Ramaphosa to his T-shirt. He is convinced that the fight against corruption and state capture is linked to the ANC’s succession race.

“Ramaphosa is not captured by the Guptas. NDZ [Nkosazana Dlamini-Zuma] is planted by Zuma to continue looting. If CR17 wins, state capture will stop,” Nkosi said.

But the SACP warned that comparing the marches to similar action by teachers union Sadtu in the run-up with the ANC’s 2007 conference, when they campaigned for Zuma to be elected president, was unfair.

“Those who make such comparisons or allegations will fuel the environment for looting,” SACP spokesperson Alex Mashilo said.