This is what is known. Mame-Diarra Niang is a self-taught artist and photographer raised between Senegal, Côte d’Ivoire and France. Her work considers urban and natural spaces, the landscape and biological beings to explore the idea of territory as a “plastic” entity. This much is easy knowledge, collectable facts from the internet that have kept us company in the week leading up to the interview with her.

Time spent in her dry, ghostly slice of Dakar through the photographic series Sahel Gris results in repeat study visits. Sahel Gris is part of a triptych that includes another series, Metropolis, that apparently depicts Johannesburg buildings, although one could get away with thinking of them as the exteriors that house Kubrickian hallways. The third series of photographs is At the Wall and, again, features photographs of Dakar walls that could be anywhere in the universe. 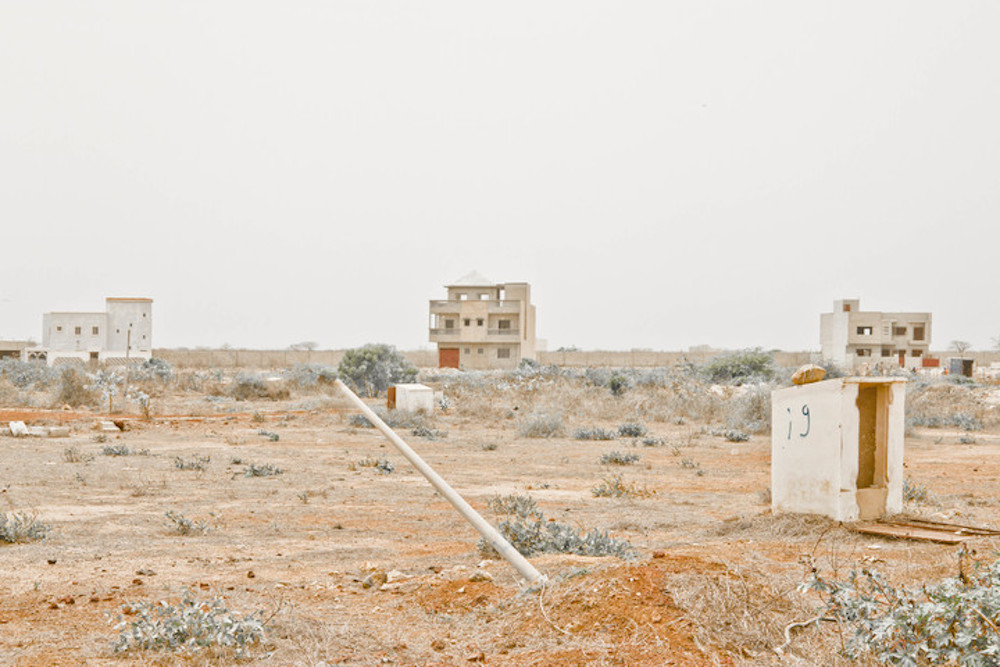 The triptych, although abstract, is intellectually consumable, explainable and understandable. It’s the video works Origin of the Future and the main subject of our interview, Since time is distance in space, that conjure terms like vast, mystical and difficult and provoke a hunger for new knowledge.

Until September 20, Niang was taking part in a monthlong residency at Stevenson Johannesburg’s fifth-floor space. The residency, called Black Hole, took the form of a laboratory where she explored the idea of territory being plastic with the use of video as a research tool.

As journalism school teaches, the background check and “knowing” things about the subject are important. It secures the writer’s position, giving them the upper hand, because the subject knows nothing about them. But we leave our expectations at the door, ready to absorb whatever Niang shares about her work.

On arrival, we are met by a startling pitch-black nothingness. The iris-widening blackness demands nothing and everything. Niang, a tallish figure with a short bleached-blonde Afro, embraces us one at a time with warm hugs. She thanks the faceless strangers in the dark for stopping by.

She leads us to the major space on the fifth floor where her work is being displayed. Before settling down on the foam floor, where we will sit for the next two hours, Niang urges us to feel at home and to take in her work as we please. “You can do whatever you want. You just have to discover,” she says.

The medley of darkness, incense and music is overwhelming without being burdensome. Something about it is comforting yet terrifying. The beams emitted by the video works are the only source of light, without which we would not be able to identify one another.

Perhaps this illustrates Niang’s idea of territory being a malleable entity that draws its significance from what we make of it. Without what we create, the territory we inhabit is an abyss. In the same way, without the light and sound emitted by Niang’s creations, the space would return to nothingness.