Asinamali brings music and theatre together in “a new vocabulary for South African film”, as writer and director Mbongeni Ngema puts it.

Asinamali means “we have no money”. The slogan was coined by ANC activist Msizi Dube. After his release from Robben Island, he returned to KwaZulu-Natal and founded the rent boycott movement. He was assassinated in 1983.

As a youngster, Ngema was mentored by Baba Archie Gumede and Griffiths and Victoria Mxenge to become a writer. He was part of the Asinamali movement in Lamontville, Durban, Chesterville and KwaMashu.

He recalls: “When I heard that Msizi had been killed I decided that I should write about the events around Dube’s assassination, making my little contribution to the struggle of Lamontville township.”

The Asinamali theatre production was developed and performed at the Market Theatre, where Ngema was influenced by Gibson Kente and Barney Simon. Asinamali ran on Broadway in 1987, paving the way for Sarafina.

The film is set in 1992, when a returning exile starts a prison theatre project. The prisoners are linked to the Lamontville rent strikes of 1983 and tell of the different roles they played in the assassination of Dube. As these characters share their stories, the script evolves. The processes of drama and the healing power of song release pent-up emotions. This leads to better relationships and conditions in the prison. 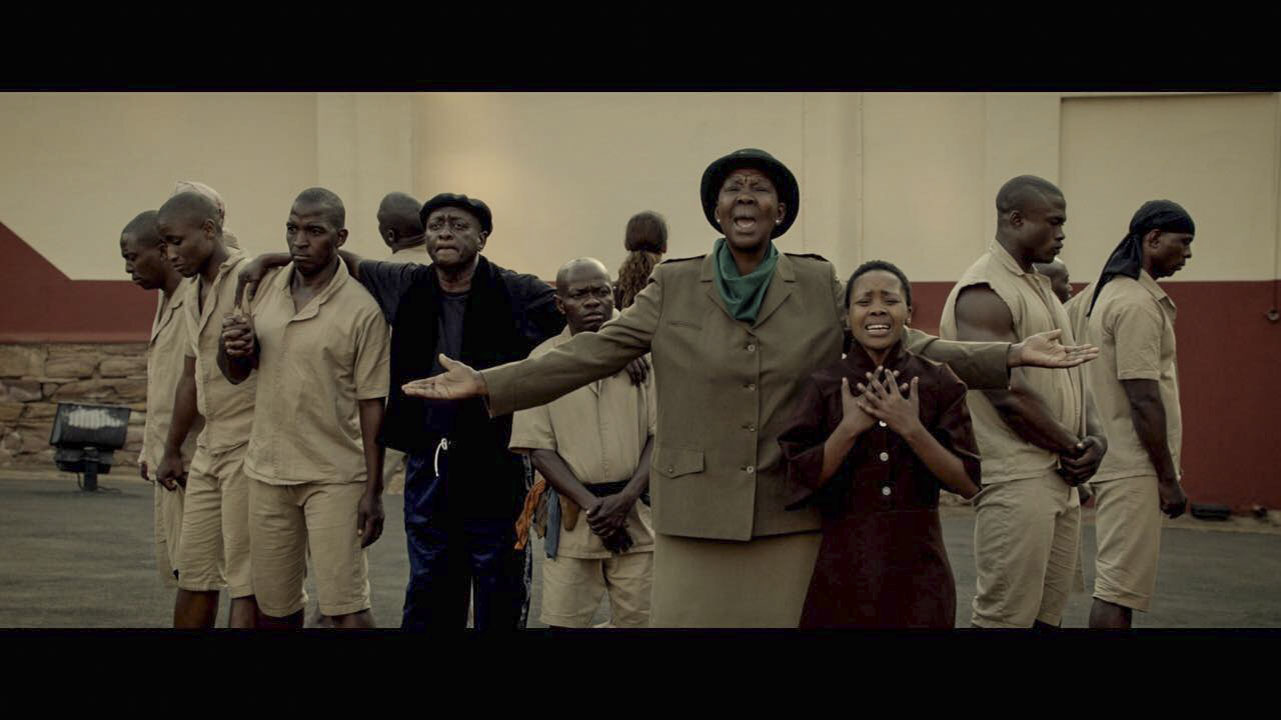 The film treads a fine line between realism and musical. Isicathamiya by Ladysmith Black Mambazo is used as the soundtrack to a strip search scene performed in a tausa style of dance, and the jazz arrangements of Brian Thusi carry the township scenes. The prison play closes the film in an emotional juxtaposition of Zulu traditional dance performed to a striking tango, scored by the head of the music department of the University of the Witwatersrand, Chris Letcher.

The antagonist in the film, Sergeant Mgwaqaza, is played by Boitumelo Chuck Shisana. His performance exemplifies the commitment of all the actors to bring out the best in the script. He played a major role in the workshopping of the final product.

Producer Darryl Roodt explained: “Ngema found every one of the actors, all unknowns. It was extraordinary to watch him workshop these actors and build their characters, and you can feel it in the film. Every actor is clearly defined.”

With his membership-based company, Committed Artists, Ngema has developed a database of actors to draw on. The script becomes like a baseline for the actors to improvise and develop their characters. This workshopping is a leading style of Ngema’s filmmaking. It is a technique used by filmmakers such as Spike Lee and Ingmar Bergman.

Executive producer David Dison believes it is a style that could catch on in South Africa, “where people are uninhibited and free and not particularly bound by convention. We have a young democracy. And people revel in it.”

The film premiered at the 38th Durban International Film Festival. Both Ngema and festival director Chipo Zhou said the #FeesMustFall campaign resonated with the “asinamali” cry of the early 1980s.

Dison said: “It is very important that people are able to channel their struggles, express themselves and expiate. Protest and these kinds of slogans contribute massively to free debate which fights up against elitism and corruption.”

The success of Asinamali has led the production team to consider converting Ngema’s other scripts to film. Township Fever, a 1991 hit musical about the largest railway strike to take place in the history of South Africa, is already in process. Other scripts for development into film include Mama and Zulu, and a script based on the life of Patrick “Ace” Ntsoelengoe, the superstar Kaizer Chiefs and Toronto Football Club player.

Asinamali tried for a nomination in the best foreign language category of the Academy Awards 2018 but lost out to Inxeba (The Wound), which will be South Africa’s entry at the Oscars. Asinamali will start its run on March 2 next year with a premiere in Killarney, Johannesburg, with simultaneous screenings in the Lamontville Community Centre and in New York.