​In search of my mother’s garden: iheritage yeblack female intellectuals

Upon listening to Belede I realised that my friend was right: ingathi uyibhalele wena (it’s as though she wrote it for you). The song Makubenjalo begins with words by Mam’ Miriam Makeba, which resonate with my mission (as my friend describes it): “The conqueror writes history, they came, they conquered and they wrote. Now, you don’t expect people who came to invade us to write the truth about us. They will always write negative things about us. And they have to do that, because they have to justify their invasion.”

The mission I have embarked upon has been adding to the work which has been done by women — particularly black women and women of colour all over the world — writing and talking about the intellectual contribution of black women thinkers. This journey began during my honours year, when a friend introduced me to Nontsizi Mgqwetho’s poetry, written in the 1920s. I was enraptured and consumed by the sharp and incisive words in Mgqwetho’s poetry. I have since adopted her words “Asinakuthula umhlaba ubolile” (we cannot keep quiet while the world is in shambles) as a fitting mantra for my life in the 21st Century. This was also the year I read Noni Jabavu’s Drawn in Colour while writing for the Daily Dispatch, as she did in 1977. 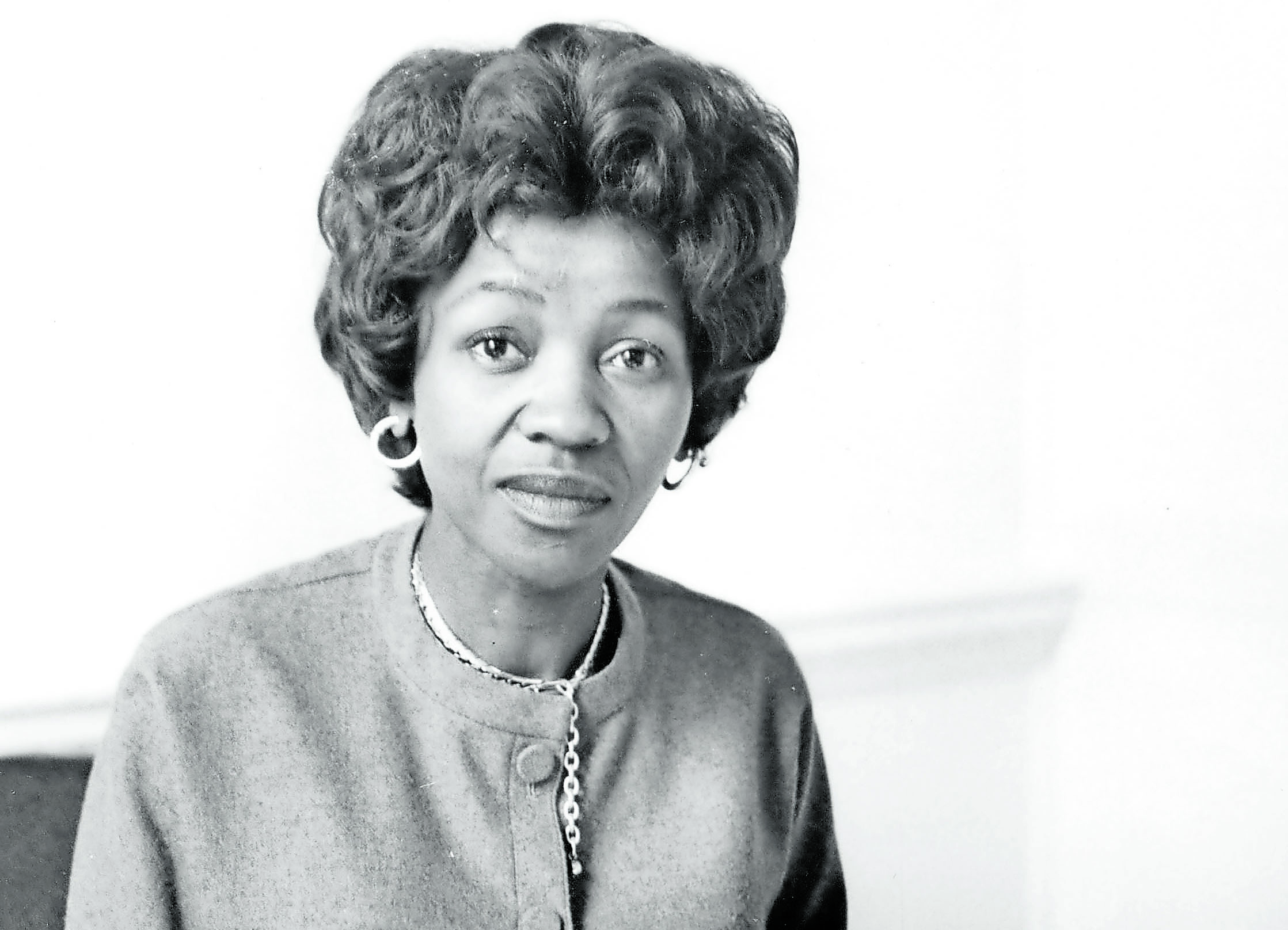 Without Jabavu and Mgqwetho’s work I would not be doing the work I am doing. They answered my questions about the absent presence of black women’s writing in my childhood and education, which had until that point been dominated by white men, white women and a few black men. I remember being particularly angry when a white male lecturer during my undergrad openly said “there aren’t many black women writers”; I knew this was a lie and I knew this lie was masking what it meant to be a black woman who lives with sexism, white supremacy and capitalism that has ignored the intellectual labour of black women.

Alice Walker’s essay (which has inspired the title of this essay) poses the question “What did it mean for a black woman to be an artist in our grandmothers’ time? In our great-grandmothers’ day?” and describes this experience as:“The agony of the lives of women who might have been poets, novelists, essayists, and short-story writers (over a period of centuries), who died with their real gifts stifled within them”.

A few months ago I took a break from my PhD writing on Jabavu’s work and began writing a paper about Charlotte Maxeke and Nontsizi Mgqwetho. When I initially read Mgqwetho’s poetry I came across a poem of hers that made direct reference to Charlotte and Marshall Maxeke. This poem led me to more research about both the Maxekes, but particularly Charlotte Maxeke, who graduated from Wilberforce University in Ohio and became an outspoken leader of the Bantu Women’s League, established in 1918. After reading work by Dr Thozama April and Zubeida Jaffer’s biography Beauty of the Heart on Charlotte Maxeke I began looking through old newspapers, hoping to finding something more about Maxeke. I discovered an article she wrote in isiXhosa in Umteteli waBantu in 1920 where she too makes reference to Mgqwetho’s poetry while lambasting the fractured leadership of the South African Native National Congress (SANNC), particularly its weak leader, Sefako Makgatho. Maxeke refers to him as umongameli ngomlomo (a leader by name) while Mgqwetho’s poetry admonishes him as a leader who seems to be unaware of the need for decisive leadership “Vuka! Nto ka Makgatho/Wapepeza na umoya?/Ungawazi apo uvela kona/Nalapo usinga kona?” (Wake up Makgatho, the air’s in motion!/Why can’t you tell/Where the wind comes from/or where its blowing). The title of Maxeke’s piece, Ukubiwa kweLeague, suggests the ways in which the SANNC was trying to sabotage women’s work in the Bantu Women’s League and Mgqwetho’s poem, Uqekeko lweCongress (The split within Congress), speaks to internal fractures within the SANNC.

Reading Maxeke and Mgqwetho as though they were in conversation with each other is significant, because in reading them alongside each other, as peers, the perception of Maxeke as an “exceptional” black woman becomes doubtful. Both of them are not simply profiles or examples of exceptionalism, but rather the reality of black women in conversation in the early 1900s black press means that black women writing and talking publically is not a recent phenomena. The tone of their work also brings into question the narrative that black women were demure and simply accepting of the leadership of the men. Both are very critical of the men in the political movements of the time. Their writing allows us to imagine that there were other women who were doing the same, but they may not have had access to newspapers in the way that Mgqwetho and Maxeke did.

Of course I would be mistaken to suggest that in order to recognise the intellectual contribution of black women it must be found in writing. As someone who grew up in the black church where black women could not be ignored through their presence in uManyano (“the Mothers”, a women’s church group) and as preachers, I was able to experience different kinds of intellectual work through the spiritual work in the church. The music of my childhood was influenced by singers such as Brenda Fassie and Ma’Letta Mbuli, whose songs My Black President and Not Yet Uhuru, respectively, gave birth to my political awareness. These songs and the words of the women in my church serve as examples that intellectual work cannot only be seen as work in academia by those in the middle class.

I could have done what Koleka Putuma does in her poem Lifeline and write an essay comprising all the names of black women thinkers whose work has kept me sane. Putuma ends the poem with “you will say that this is not a poem/and I will say you are right:/it is not./it is a lifeline./every name/is a gospel shut up in my bones./every name chants /Black girl—/Live!Live!Live!” The work of writing and talking about black women thinkers has connected me to the intellectual work of other black women who are currently doing the work, the mission, of writing and talking about the intellectual work of women and defying the conqueror’s ploy of erasing the work and ideas of black women in the public sphere.

When we include the women Makhosazana Xaba writes about in her poem Tongues of their Mothers we have a richer and more complex history. If decolonisation does not include the voices of black women intellectuals it will be a decolonisation devoid of complexity and richness. Like the history written by the conquerors, it will be a lie. Like Alice Walker, by reading the work of thinkers such as Maxeke, Mgqwetho and Jabavu (among many) I have been “Guided by my heritage of a love of beauty and a respect for strength — in search of my mother’s garden, I found my own.”