McKinsey’s apology is a laugh 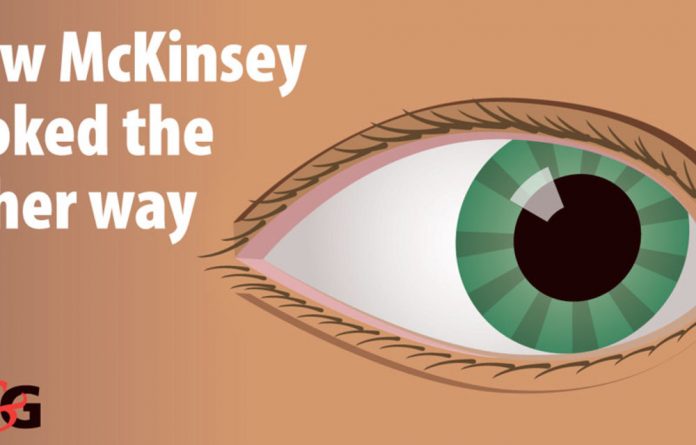 You would be forgiven if you experienced a sense of déjà vu while reading the McKinsey & Company statement this week.

To paraphrase it: We should have done better. We violated our own professional standards. We have cut off our relationship with Gupta-linked companies.

But we should have done it sooner. We will do things differently in future. We will co-operate fully with relevant authorities and investigations. Also, we definitely did not do anything corrupt or illegal.

It sings from the same hymn sheet as auditing firm KPMG, when a month ago it concluded an investigation of its alleged complicity in state capture.

But its statement did not absolve it of blame and it has instead come under a great deal more fire. First, former finance minister Pravin Gordhan said he might sue after KPMG apologised and retracted a report that had been used to try to push him and several senior revenue services officials out of office.

The firm also said it found it had fallen short of its own standards in other instances when it performed work for Gupta-linked companies. The subsequent fall-out included a number of big clients terminating KPMG’s services.

Now, McKinsey’s carefully worded response is also not winning it any fans.

Iraj Abedian, an economist who has been vocal in his criticism of firms such as KPMG and McKinsey for their role in state capture, said the McKinsey apology was a like crocodile tears. “It was, in a way, ridiculous and a bit of insult to injury. It’s like a bank saying, ‘Yes, my director stole your money, but that’s not the way we operate. Let’s build the nation’.”

It has been established that global consultant McKinsey and its local Gupta-linked counterpart, Trillian, received R1.6-billion in fees for “turnaround” advice given to Eskom. McKinsey’s cut was R1-billion and the evidence suggests it was only able to secure the contract by allowing Trillian to come in as a subcontractor (although McKinsey’s response refers to this as “working alongside”) and that McKinsey had no expectation that Trillian would add much value to the work.

A McKinsey director at the time, Vikas Sagar, sent a letter to Eskom to give its blessing for Trillian to be paid directly by the utility.

In McKinsey’s statement this week, it briefly touches on Sagar. “Where we found issues, we disciplined individuals in line with our procedures and made improvements to our processes. Vikas Sagar, a partner, has decided to leave our firm.”

Abedian said: “He authorised the payment to Trillian. But the statement suggests he did nothing wrong; he just left.” 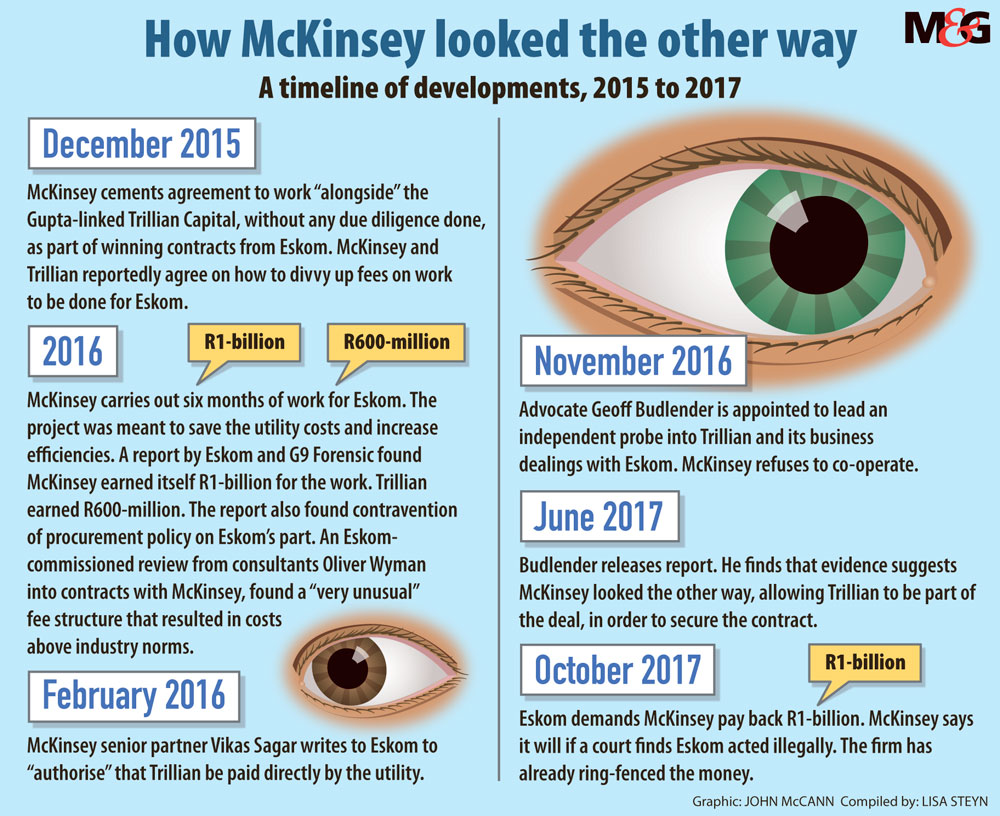 Corruption Watch, a nonprofit organisation that is preparing papers to request the United States department of justice to investigate McKinsey, said in a statement the company should clarify the conditions attached to Sagar’s departure.

“And, of greater importance, at what stage were McKinsey’s managing partner, Mr Dominic Barton, and the global head of its public sector practice, Dr David Fine, appraised of this contract, which represented a significant slice of its total Africa-wide revenues. In short, where does the buck stop in McKinsey, and who will be held accountable for its thoroughly unethical and possibly criminal conduct?” the organisation asked.

Corruption Watch has described McKinsey’s response as “belated and inadequate” to its “gross and, it appears, criminal malfeasance with regard to its relationship with Eskom and Trillian”.

McKinsey has also been criticised for its failure to co-operate with an independent inquiry instituted into the matter by former Trillian chairperson Tokyo Sexwale and conducted by advocate Geoff Budlender. McKinsey’s statement blamed it on poor communication.

“We failed to engage adequately with advocate Budlender. When we became aware that a letter McKinsey issued in February 2016 contradicted a statement we had previously made, we initiated our investigation. We thought it would have been premature for us to answer advocate Budlender’s questions while we were ourselves gathering the facts.

David Lewis, Corruption Watch’s managing director, has said McKinsey’s claims to have not communicated properly was just a euphemism for just refusing to co-operate.

Corruption Watch and Lewis have pointed out three key aspects of the matter that McKinsey’s response does not address. These are:

The carefully worded “apologies” of these firms probably deliberately fail to deal with some of the bigger questions because they are aware of potential legal action, Abedian said. McKinsey could be on the hook for R1-billion but KPMG would be open to bottomless claims, he said.

Corruption Watch said the many unanswered questions demand an investigation into what the evidence suggests was a criminal conspiracy between McKinsey, Trillian and Eskom that contravened US and South African law.

Abedian said it was quite serious that by McKinsey’s own admission it had failed to adhere to its own protocols. “Then they say, ‘we were wrong; we will do things differently; we are here to build South Africa further’,” he said. “But the damage is done, there was lack of appropriate control. You have stolen a billion of my money. Now give it back, with interest.”

McKinsey has suspended its work with all state-owned companies in South Africa. The firm said it will pay back the fee in full if a court determines Eskom acted unlawfully.