Petrochemical giant Sasol should be forced to pay the Mozambican government more money for gas and stop selling it to itself at grossly reduced prices, according to a Mozambican nongovernmental organisation that plans to ask the ANC and the African Union to intervene.

Mozambican mining activists will deliver a report about alleged illicit financial outflows by Sasol from Mozambique to South Africa to ANC officials in Johannesburg next month, before it takes its claims to the AU’s panel that investigates transfer pricing.

The report, compiled by the nongovernmental organisation Centro de Integridade Pública (CIP — Centre for Public Integrity) and titled Sasol Will Continue to Milk Mozambique, was released last week and recommends a review of the Mozambican government’s contract with the South African-based multinational company.

The CIP’s main findings include that Sasol is selling gas extracted in Mozambique for seven times the price that it pays the Mozambican government, that its pricing methodology is flawed, and that the benefit to the communities surrounding the project is minimal.

“The gas exploited by [Sasol’s Mozambican company] SPT [Sasol Petroleum Temane] is sold to Sasol Petroleum International. That is, the gas is sold to the same company that exploits it, which constitutes a ‘moral hazard’ with respect to the undervaluation of revenues by the concessionaire, with serious implications for government revenue,” according to the report.

Sasol spokesperson Alex Anderson denied these claims, and told the Mail & Guardian that “unlike oil, natural gas does not have global reference prices, but is driven by regional market dynamics which take into account alternative energy cost of users.”

Anderson explained that the Mozambican gas price was set at the agreed level to stimulate the development of the domestic gas market. Sasol does not charge the country’s government a transportation and handling fee and “is not involved in the selling of royalty gas,” Anderson said.

He said he would meet ANC officials at Luthuli House in November.

“It hard to believe that the ANC is allowing a South African company to behave in this manner in a poorer country like Mozambique. The ANC lived in Mozambique during the apartheid era and today it allows its South African company to milk poor Mozambique … This is a political case by South Africa against Mozambique. I do not see the ANC letting this happen for many more years. If the ANC is no longer the same as that of Chief [Albert] Luthuli, OR Tambo and [Nelson] Mandela, then the AU must do something,” Nuvunga said.

The CIP said transfer pricing is a major challenge to “capturing gains in developing countries” because the benefits of the oil and gas extraction are mostly channelled to the investing company. It said, for the first 10 years, Sasol benefited from transfer pricing by selling gas to itself for an average price of $1.50, when the international price was about $7.

“The argument of illicit transfer pricing does not hold true as the key principles governing transfer pricing regulations is around profit shifting to low tax jurisdictions which is not the case, as South Africa has a corporate tax rate of 28% currently,” Anderson retorted.

The structure of the deal and persistent underpricing of the gas could make Sasol guilty of illicit financial outflows, which are described as the illegal transfer of money from one country to another, the CIP said.

The AU’s panel on illicit financial outflows is headed by former president Thabo Mbeki, who should investigate whether the company is indeed guilty of this, Nuvunga said.

“We want to bring this case also to the Mbeki high-level panel on illicit financial flows since we believe the processes are so abusive that they fit within the framework of illicit financial flows by Sasol from Mozambique to South Africa. Mbeki needs further evidence on this. And the fact that he is a former South African president makes it more urgent for him to act.”

Nuvunga said the sabotaging of pipelines carrying oil was not un-usual in countries such as Nigeria, and so it was a credit to the Maimelane village residents in Inhambane provincethat they had existed side by side with the pipeline without damaging it.

“In terms of employment, not just along the pipeline but in general, we congratulate the Mozambican people living along the pipeline. They are very peaceful, without anything to eat. They are watching the pipeline every day and Sasol’s contribution [to community development] is nonexistent. We said this to SA Sasol in 2015,” Nuvunga added.

So far, Sasol has failed to achieve the projected annual government revenue share because of the low pricing of the gas, the CIP stated. Its research was conducted in partnership with Oxfam, which financed part of the report and facilitated meetings with the communities surrounding Sasol’s operations.

In the first 10 years of production, Mozambique received $141-million in tax and royalties from the project. “This was only 7% of the $2-billion that the mineral resources ministry projected the government would receive over the 25-year project life-span,” CIP director Inocência Mapisse said at the report launch in Maputo.

The state had forecast it would receive $50-million annually. By the end of the financial year in 2016, the Mozambican government had received only $22.9 million annually from the SPT project, which was less than half the projected annual amount.

The CIP blames the low pricing of the gas, which the Mozambican government agreed to, for the relatively small amount going into the government’s coffers.

But Sasol said the pricing contract was negotiated shortly after the end of the Mozambican civil war, when the country required large-scale foreign direct investment. The contract considered the risks to that investment, it said in a statement.

“The pricing contract was a legitimate risk mitigation mechanism that was relevant under the prevailing conditions at the time.”

Given the level of perceived political risk, the project was “structured to reward the investment and risk taken during the initial years, after which the benefits would exponentially increase for the Mozambican government”, Sasol said.

At the launch of the report, the CIP’s directors and Sasol vice-president of operations in Mozambique, Martin Waterhouse, went head to head, accusing each other of lying and issuing incorrect information.

The company contends that it has met its contractual obligation to the Mozambican government.

“Mozambique remains firmly at the centre of Sasol’s ambitions. We appreciate the role of civil society organisations such as CIP and the role you play in promoting integrity and transparency. We will review the reports by CIP and respond in an appropriate manner … However, we find it unfortunate that the reports contain inaccurate statements and speculative statements. The report downplays the contribution of Sasol,” Waterhouse said. 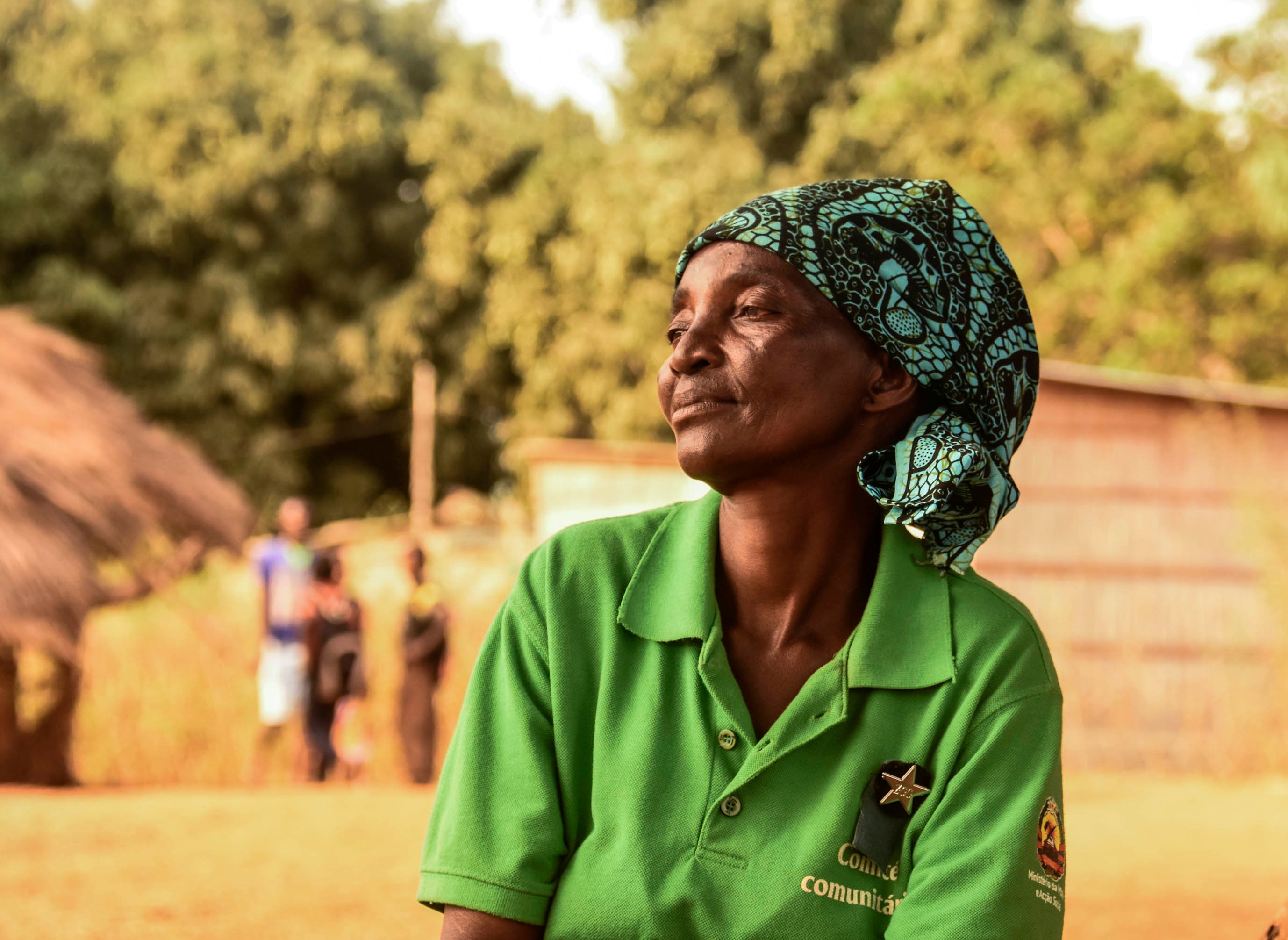 The residents of Maimelane in Mozambique’s Inhassoro district care little about the pricing methodology. Their concern is about the slow pace of their community’s development.

Access to water comes from a single borehole, where women gather all day, filling plastic containers.

The community has little infrastructure and only a small percentage of the houses are built of brick or stone. Most have mud or reed walls, with a thatched roof. Only the main road is tarred and electricity is often illegally connected.

“We only have one borehole here and, at the plant, they have taps and running water. They put in street lights but what we need here is jobs, because the soil is not as productive [as it was],” 48-year-old Maimelane resident Laura Mahanyele said.

Anderson maintained that Sasol had significantly invested into community development. Since setting up its plant, SPT established a community liaison forum, a training program for science, technology, engineering and mathematics teachers and created 600 jobs in the Maimelane area alone.

Sasol also sunk over 80 boreholes and installed water reticulation systems being used by around 300 people in the area.

The petrochemical giant has also built a hospital, a school and installed street lights in the village.

But residents say the the quality of soil and farming potential has suffered.

A large area surrounding the plant is not fit for farming and Mahanyele said her yields of vegetables and maize have decreased significantly since the company started operating.

In 2014, access to the Sasol plant was blocked off during a protest by Maimelane residents over employment.

“At the meeting before the strike the residents were complaining about a lack of jobs. The plant was set up and operating but no locals were being hired. But, even after the protesting, most of the people here still didn’t get jobs from Sasol,” 40-year-old civil servant Joaquin Gove said.

At the report launch, the CIP admitted that Sasol had never been penalized by the Mozambican government and Anderson said the company remains in compliance with all environmental laws.

“Our approach enforces the implementation of a friendly environmental policy that enables operation with minimal negative impact and compliance with the regulatory framework,” he told the M&G.

“As part of the normal operation commitments regular and continuous soil, noise, air monitoring are conducted and results are presented to all stakeholders,” Anderson added.

“It doesn’t make sense that, even though there are 28 wells of gas here [in Inhassoro], there is no development to show the gas comes from here,” Machungo said.

“The contract was signed in 2000; now we are in 2017 and the issues in the contract are not updated. It’s time to renegotiate,” he said.

Govan Whittles travelled to Mozambique as a guest of Oxfam