Who exactly is Appleby? 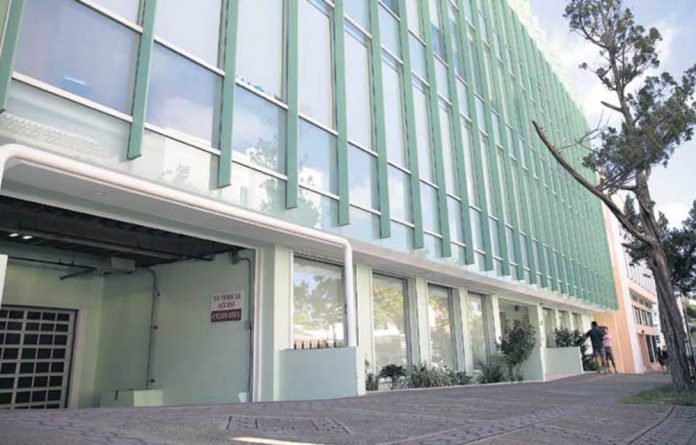 When Robert Woods, an ex-cop from Liverpool, took a job in early 2006 as a compliance manager for the global offshore law firm Appleby, he joined an organisation that had problems.

Appleby’s Cayman Islands office, where he worked, had more than 600 clients on its books whose records were “non-compliant”. The firm had no current IDs, contact information or other details that ensured it wasn’t setting up shell companies for crooks.

Five years later, Woods had taken over as Appleby’s director of compliance. But things hadn’t improved much – at least according to a PowerPoint presentation he put together in 2011.

That 44-page training slide show, which featured images from the mafia drama The Sopranos, recalled lowlights of Appleby’s recent history.

Under a slide titled “Terrorist financing offences”, the notes read: “We have a current case where we are sitting on about 400K that is definitely tainted and it is not easy to deal with.”

In another case, Appleby set up a trust for a client to buy property in London, accepting his money “without question”.

But Appleby later learnt the trust was owned by a former Pakistani official who had been charged with embezzling public money. “Some of the crap we accept is amazing, totally amazing,” the presentation said.

Now, this week’s leak of 6.8-million confidential Appleby records, from the 1950s to 2016, exposes how it failed to keep out all questionable clients for years. When asked, Appleby said only that it is committed to high standards and refutes allegations of wrongdoing.

Though the 119-year-old Appleby is not a tax adviser, it is a member of a global network that sets up offshore companies for clients eager to avoid taxes or keep their finances hidden.

Appleby was born in 1898 in the British colony of Bermuda as the private practice of Major Reginald Woodifield Appleby, a tea-drinking, cricket-playing, rifle-shooting magistrate who became a member of the island’s parliament and was knighted “for public services in Bermuda”.

When Bermuda’s legislature met in 1940 to debate the island’s first income tax, Major Appleby spoke out, aligning himself with “those who look on all income tax as man’s last refinement of torture, to be resisted at all costs,” reported The Royal Gazette.

Bermuda has never looked back; it continues to entice foreigners with a zero tax rate.

Since expanding outside Bermuda in 1979, Appleby has transformed itself into a global institution with more than 700 employees across nearly every major tax haven from the Cayman Islands, to the Isle of Man, Mauritius and Hong Kong.

Today, Appleby makes more than US$100-million/year and is a key player in what insiders call the “offshore magic circle” — an informal collection of the world’s biggest offshore law firms.

Only, it’s not exactly watertight.

A 2012 review by regulators in the British Virgin Islands found holes in Appleby’s procedures for dealing with high-risk individuals.

Later, when the Bermuda Monetary Authority audited an Appleby subsidiary in 2014, it found “highly significant” weaknesses in nine areas: nearly half the files lacked information on the origin of the money Appleby managed.

Will Fitzgibbon
Will Fitzgibbon is a senior ICIJ reporter. He is also ICIJ's Africa and Middle East partnership coordinator.
Facebook
Twitter
WhatsApp
Linkedin