The City of Johannesburg is due to unveil a plan to “transform the inner city”, partnering with private developers to build mixed-income housing that will cap some rental prices at R800 a month.

The new plan will move people currently living in hijacked buildings into temporary emergency accommodation while the buildings are refurbished by private developers. The residents would then get first preference on units let out at between R800 and R1 000 a month.

Private developers hoping to take over the buildings in the city have until the end of December to submit proposals to the city on how the refurbishment will take place.

Details of the plan are included in an inner-city prospectus, a 65-page document outlining the 12 targeted areas in Johannesburg and the status of each site.

The Mail & Guardian has obtained a copy of the document, which shows that many of the sites earmarked for mixed-income development are currently occupied and others are in a state of decay.

It envisages a “mixed-income residential development”, with at least 20% of the development targeted at low-income earners — costing “a maximum of R900 per room per month, excluding municipal services”.

“We have been battling with the low-income rentals as a city,” the city’s housing adviser, Thabo Maisela, told the M&G. 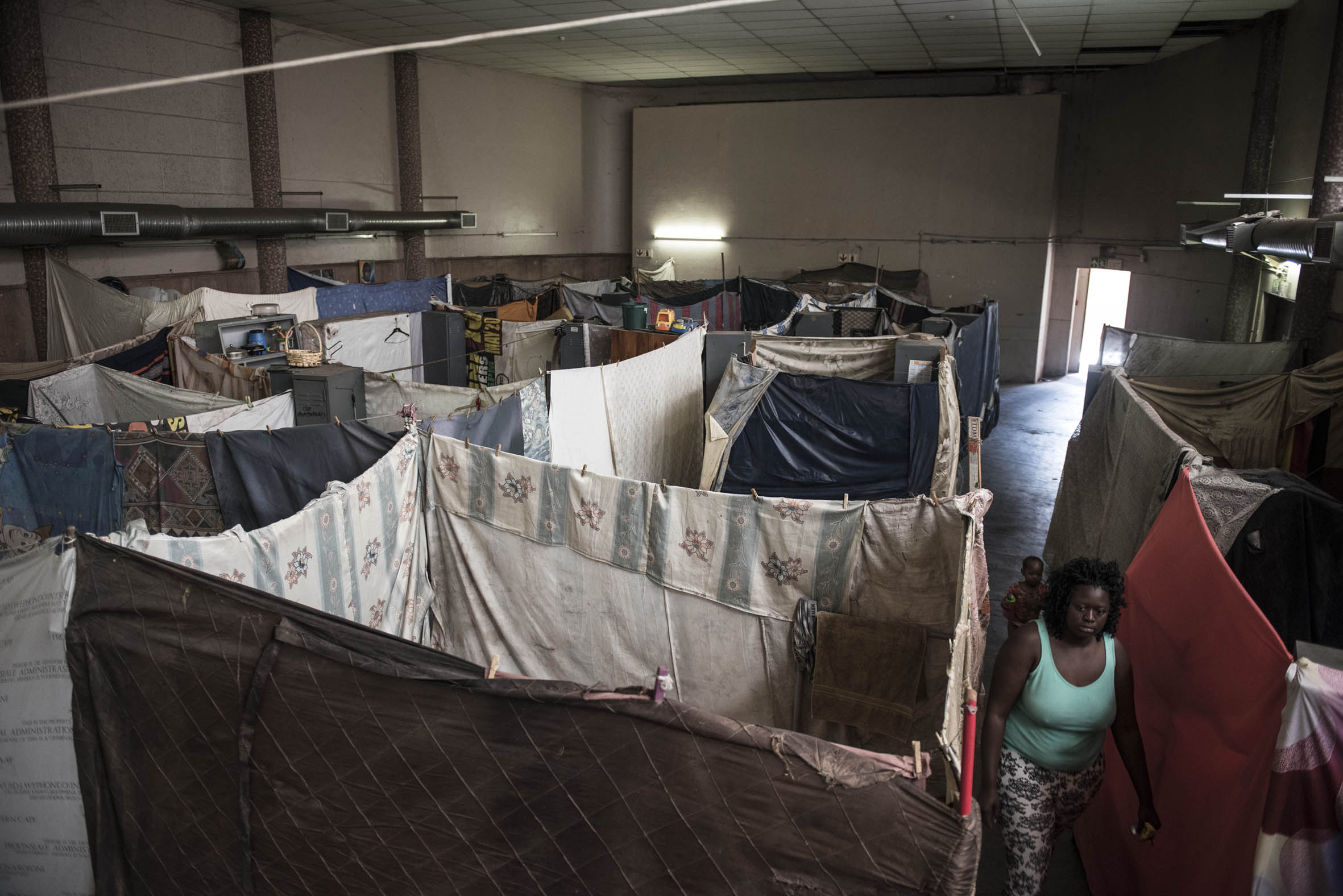 [Some of Johannesburg’s inner-city residents are packed into rooms like sardines, with only curtains to separate them (Fredrik Lerneryd)]

“There is a psychological barrier of R1 300 [a month], which is currently the cheapest rental in the inner city. The largest number of people you find in the bad buildings in the city can afford between R600 and R800. At R800 you are already running at a loss; R600 is just not doable.”

Maisela was the housing director in former mayor Parks Tau’s executive, but was axed after the ANC lost control of the city council in last year’s local government elections.

This year, Johannesburg mayor Herman Mashaba appointed him as his special adviser on housing because of his “institutional memory” and “invaluable experience”, an official in the mayor’s office said.

Johannesburg’s inner-city regeneration plan was approved by the council last month. It will be kickstarted by 12 sites owned by the city being put out to tender for refurbishment by private developers. The developers must meet five prerequisites, such as incorporating R1 000-a-month rental deals, to secure the contract.

Other requirements for securing the tender include an assessment of how many units can be installed, how many jobs will be created during redevelopment, what kind of skills training will take place and what the developer’s plan is for the building after construction or refurbishments.

The plan was spearheaded by Mashaba after the city completed an audit of about 500 buildings, of which 84 were hijacked, earlier this year. The audit found that the city owned 24 of the buildings.

The redevelopment of the 12 sites will be done by the private sector at no cost to the city, Maisela told the M&G. Developers have until December to submit proposals for how many units would be built and at what cost, as well how the mixed-income residential blocks will be structured.

“The intention is for the private sector to bring in the money and convert the building. The city then leases the building to the developer, who charges rentals to recoup his money spent on investment,” Maisela said.

“We’re saying at the ground floor it could be retail, like Shoprite or Pick n Pay, and above that the low-cost rentals. At the top could be a penthouse for a much higher price. The people who are giving us proposals must tell how it will work,” he added.

This is the type of development that is planned for the Beaconsfield building on the busy corner of Kotze and Edith Cavell streets in Hillbrow — a mixed-income development with a franchise or independently owned businesses on the ground floor, the prospectus says.

The building has 233 occupants and has been hijacked, according to the prospectus, which estimates that an average of 10 people live in each flat, with three in each room.

At other sites such as the Linatex building in Jeppestown, up to 15 people share a dorm room with only curtains to separate them. It was meant to be temporary accommodation for people who were moved there after evictions and fires, but many have ended up staying for years because of the lack of available space in the city.

The document also sets out the reasons for the decay of some of the buildings, and identifies crime as a deterrent for development.

One of these is an illegally occupied building on the corner of Raleigh and Bedford streets in Yeoville that houses the post office. The document says that Yeoville “started attracting a cosmopolitan and politically progressive feel in the 1980s, but unfortunately could not cope with the rapid population growth. This, together with lack of investment, led to an efflux of infrastructure and decay of major buildings.”

The corner has a reputation for being the site of crime and drug deals. During the government’s “Fiela” anti-illegal immigrant operation, neighbouring buildings and houses in the area were raided by the army and police.

Now, the report states, the building has been occupied illegally.

“The broader area is characterised by a large percentage of blocks of flats and secondary commercial properties. Neighbouring nodes with a similar geographic appeal to Yeoville include Berea, Hillbrow and Bellevue. These areas are known for high levels of population, unemployment, poverty and crime.”

Many of the sites where the city wants construction to begin, however, are vacant land. Maisela said the city hoped developers would propose the construction of high-rise buildings as well as the extension of existing two-storey buildings to make room for more low-cost housing. 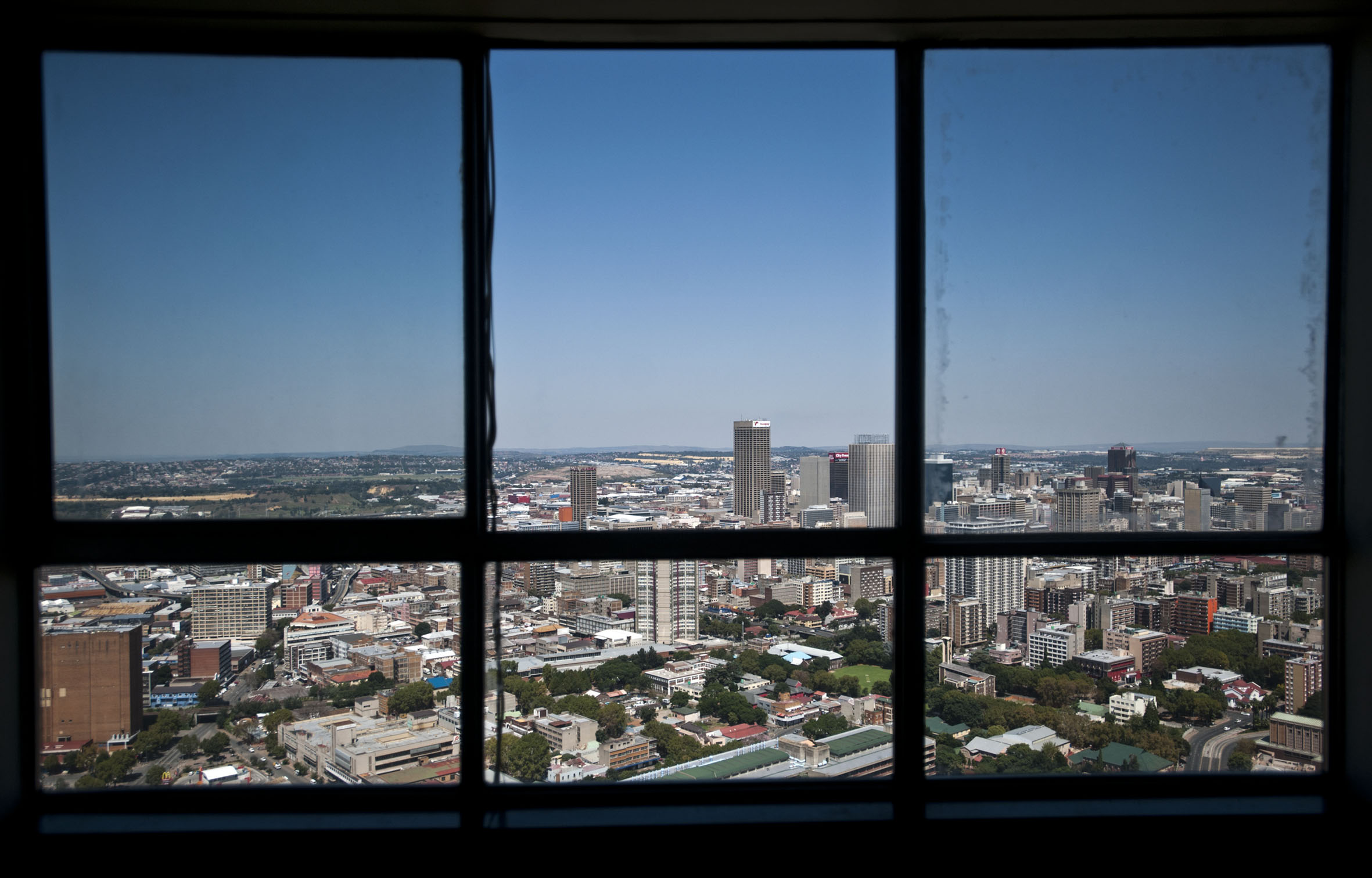 “We’re going to change the Johannesburg skyline with the development of the inner city,” Maisela said.

But work cannot begin for at least another eight months. The Constitutional Court found in June that evictions could not take place until alternative accommodation had been secured. To adhere to this order, the Johannesburg Housing Company has put out a tender for the construction of temporary emergency accommodation across the city — which would be made of steel, fibreglass or drywall.

The temporary accommodation must be built within eight months, according to the prospectus.

“The people who will be evicted will get first preference on the low-cost rentals. We’ve profiled the current residents; we know the kind of rentals they can afford. This intervention is essentially meant to give them accommodation,” Maisela said.

But the Socioeconomic Rights Institute (Seri) — which brought the Constitutional Court application to halt evictions — believes the plan for the inner city is flawed. Seri researcher Edward Molopi said the developers could change their tune after landing the contract.

“There needs to be a mechanism to ensure that they do not increase rental prices over the years. They might offer the initial rental of below R1 000 to get the tender, but what happens after that?” Molopi asked.

“A more sustainable option would be the public rental option, where the city manages the buildings and has people to rent directly from the city,” he said.