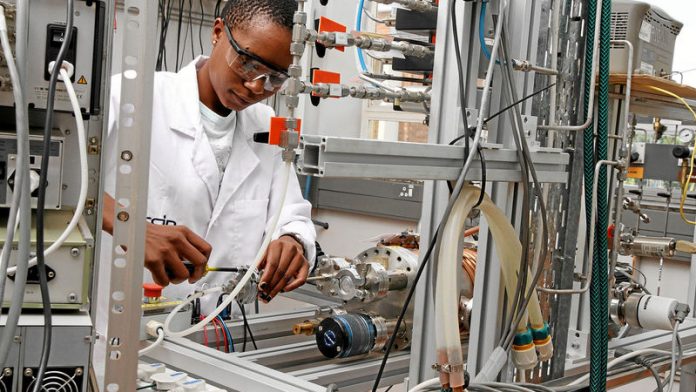 Thousands of people are set to descend on the Council for Scientific and Industrial Research in Pretoria on Thursday and Friday for the annual Science Forum South Africa.

It is the country’s annual science extravaganza, bringing researchers—and their work — out of laboratories and seminar rooms and into the national spotlight. The forum, in its third year, brings together researchers, policy makers, and journalists from all over the world to showcase African science.

The majority of South Africa’s new knowledge is developed within universities and research councils, but usually it stays there, isolated from the national debate and unknown to the citizens whose tax money funds a lot of that research.

Speaking at the World Conference of Science Journalists in San Francisco earlier this year, science and technology minister Naledi Pandor said: “We decided three years ago that we were attending fora all over the world, but we weren’t attending ones in Africa. We were not hearing about the work of African scientists, developing collaborative partnerships.”

The initiative is an attempt to replicate the open fora found in other countries and continents, such as the Euroscience Open Forum, the American Association for the Advancement of Science or Japan’s Science Agora.

Science Forum South Africa continues to be the only science forum of its kind for the country and the continent.

“We want to promote Africa as a science-intent continent,” Pandor said. “It is my aspiration that in the future we will have fora in other African countries, and not limit this to South Africa.”

But Pandor, who has been a driving force behind the forum, said she did not want just another scientist-talk fest, that ordinary South Africans were locked out of. “In order to avoid the forum being seen as an elite gathering of scientists, we host outreach sessions in church halls, community halls, town squares, we have talks by leading scientists, debates between communities.”

The formal part of proceedings have attracted more than 1,500 registered participants, and a number of political big names. Deputy president Cyril Ramaphosa will open the conference and deliver the keynote address, while communications minister Mamaloko Kubayi-Ngubane will be part of a panel about science journalism’s role in maximising the impact and understanding of science.

And, from the international science side, on Thursday, the 1987 Nobel laureate for chemistry will give a talk on “Steps Towards Life”.

But for the most part, the sessions are focused on African science and society. Some panels, such as “Harnessing Science for Africa’s Growth and Development” will include international experts who will tackle the difficult issues about how to actually use science and technology to benefit a country and continent plagued by poverty, inequality and unemployment.

Nkosasana Dlamini-Zuma addressed the first Science Forum South Africa in 2015, when she was head of the African Union. She said: In terms of “African development, do we want to go back to the industrial revolution, or use science to leap frog? We don’t want to be the recipients of technology. We want to manufacture, so we need science to do that.

“Everything that is a priority for the African Union needs science…. I cannot think of anything we are doing that does not need science,” Dlamini-Zuma said.

However, science and technology cannot simply be parachuted into communities. It also involves a process of negotiation about what the community needs and requires.

The session “Big Science, Human Development, and the Square Kilometre Array (SKA)” on Friday will highlights some of the challenges of big science. While in previous years, sessions on the SKA have focused on the benefits that will accrue both to global science and South Africa, this year the discussion about the SKA will be more nuanced: “All big science projects have their costs,” says the Science Forum South Africa website, “whether direct financial costs, or opportunity costs to their host publics.” The SKA, which when built will be the largest radio telescope in the world, will be split between South Africa and Australia. Construction is meant to start in the Northern Cape in 2019.

“Legitimation and acceptance among local communities has been necessary for the telescope to operate in its core site in the Karoo. This panel will reflect on the relationship between the SKA and human development,” the brochure says.

There will also be a session on using astronomy tourism to meet the United Nations’ sustainable development goals.

“Green Economy — Circular Economy — Secondary Resources Economy … Are we Talking About the Same Thing?” will explain the buzzwords that have become pervasive, although are largely opaque and the role that these ideas could play in transforming our society.

But there are hard realities about science in Africa, such as the fact that many researchers and scholars leave their country and take their skills elsewhere. While many skilled people go overseas, South Africa is also a magnet for African scientific talent, and is not producing more black PhDs from African countries than black PhDs local to South Africa, according to recent research. The session “Come Back: How Africa Attracts Its Young Scientists” will face the difficult questions around why Africa’s young scientists leave and, importantly, how to get them back.

The two-day forum has more than 60 sessions, covering a range of topics, and for those unable to attend, many of the sessions — including the main plenaries — will be livestreamed at www.sfsa.co.za

Pandor said that previous fora had been “surprisingly successful, well beyond out imagination. The key theme is ‘Igniting Conversations about Science’. We want people talking about science, debating about science.”

Platforms like the Science Forum are important for another reason. While they are necessary to show the world — and potential international collaborators — that African researchers are conducting important quality research, they also show South Africans a different side to their own country: ways in which people can use research and evidence to address serious problems affecting the lives of their fellow South Africans.