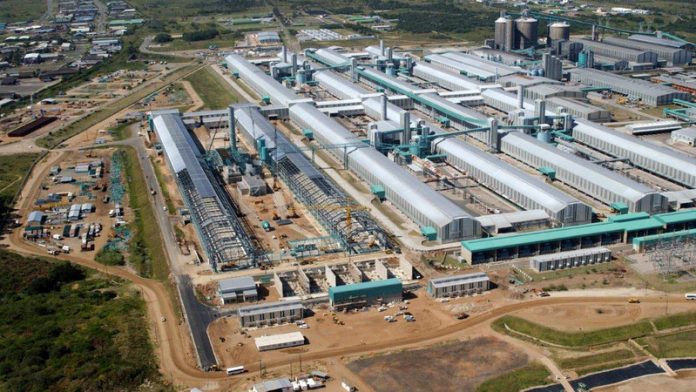 A group of more than 200 global investors, including banking giant HSBC and French insurer AXA, are following through on a promise to fight climate change by pressuring the biggest gas emitters on the issue.

On Tuesday, a coalition of 237 companies announced the launch of “Climate Action 100+”, a five-year initiative aimed at engaging 100 of the world’s largest corporate greenhouse gas emitters to step up action on climate change.

French insurer Axa also announced Tuesday it would speed up its move away from the carbon sector, divesting some €2.5-billion ($2.9-billion) from companies which derive more than 30% of their revenues from coal.

Among the companies targeted are large oil and gas companies such as BP, Chevron and Coal India, firms in the transport sector like Airbus, Ford and Volkswagen, and mining and steel groups like ArcelorMittal, BHP Billiton and Glencore.

The energy sector is responsible for three quarters of greenhouse gas emissions on the planet.

“Moving 100 of the world’s largest corporate greenhouse gas emitters to align their business plans with the goals of the Paris Agreement will have considerable ripple effects,” Anne Simpson, Investment Director of Sustainability at CalPERS, said in a statement.

“Our collaborative engagements with the largest emitters will spur actions across all sectors as companies work to avoid being vulnerable to climate risk and left behind.”

During the five years, investors will monitor companies on the list to see how closely they follow through with implementing the climate measures. They will be removed once enough progress has been made.

Thee 237 companies have a combined market capitalisation of over $6.3-trillion (€5.3-trillion), which includes 150 financial firms that are responsible for assets of over $81.7-trillion.

“Climate change is a material and systemic risk no long-term investor can afford to ignore,” said Stephanie Maier, director of HSBC’s Responsible Investment.

The announcement was made as French President Emmanuel Macron is hosting world leaders in Paris for talks two years to the day since the Paris agreement to curb climate change.

The meetings focus on marshalling public and private funds to speed the move to a low-carbon economy.

In July, investors had urged world governments to support and fully implement the agreement, saying that “the mitigation of climate change is essential for the safeguarding of our investments”.