A tourist’s guide to Bangui

The receptionist at the Hotel Ledger, the closest thing to a five-star establishment in Bangui, looks at me quizzically and asks me to repeat myself.

“I’m a tourist,” I tell him again. “Can you recommend some tourist attractions?”

Bangui doesn’t get tourists. This is the capital of the Central African Republic, a country that has been at war with itself for four years. The city and its surrounds are controlled by a muscular United Nations peacekeeping mission, which lends life here some semblance of normality but, to all intents and purposes, we are in the middle of a conflict zone.

Foreigners that make it to Bangui tend to be diplomats, soldiers, humanitarian workers and diamond dealers — and the occasional inquisitive journalist.

“Well,” the receptionist begins, before trailing off. He’s stumped. This is not a question he has been asked before. “You could try our swimming pool?”

Even in its heyday, Bangui was never especially rich in neatly packaged culture or history. Its one major museum, Le musée national Barthélemy Boganda, named after the country’s first president, was established in 1966 and its displays have not been updated since. The museum is currently not open for visitors. It shut its doors and boxed its collection in the aftermath of a major rebel attack on Bangui in late 2013.

“Bangui is not like it was before,” said Fidele Ngombou, a local journalist. “People could go out, there were bars and drinking all night, past midnight into the morning.” He’s from a town about 95km from Bangui but the conflict forced him and his family to move to the big city. 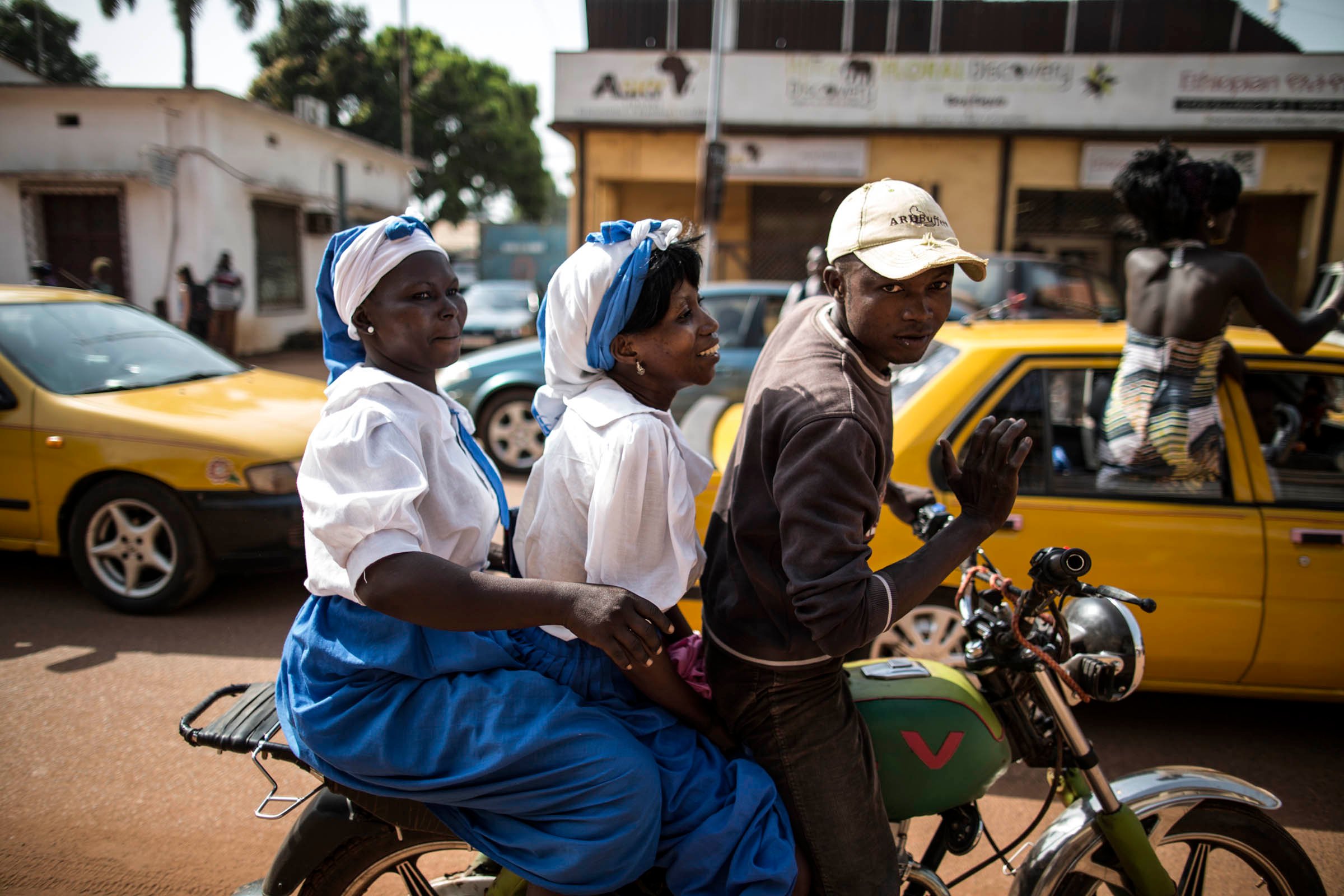 Bangui has the potential to be a wonderful tourist destination, said Ngombou, but the civil war has a habit of getting in the way. “There’s a beautiful waterfall not far from the city but you have to drive through anti-balaka checkpoints to get there,” he said.

The anti-balaka are self-defence militias that sprang up to fight rebels in 2013 and have since morphed into a loose coalition of lawless armed groups.

Nor is the city’s party scene what it used to be. “On the weekend, people still go out, they go drinking,” said Ngombou. “But they are very careful about where they go. They only go places where they won’t be attacked. People carry pistols and knives. A small dispute can erupt into something much more dangerous.”

Although not exactly tourist-friendly, look hard enough and there are a few things to keep intrepid travellers entertained.

The Cathédrale Notre-Dame is probably the city’s most iconic structure, an elegant red-brick building that overlooks central Bangui. Up on the hills behind it, is an enormous sign — à la Hollywood— that used to read “Bangui, La Coquette”, which translates loosely as “Bangui, the flirt”, a nickname that references the city’s lost reputation as a somewhat glamorous, somewhat dissolute fleshpot for French colonial elites.

Now the rainforest has obscured most of the letters and the city’s name is only just legible through the leaves.

The cathedral itself played a major role in the city’s recent history, offering refuge to thousands of civilians during the worst outbreaks of fighting. In recognition of its significance, Pope Francis visited the cathedral during his visit to Bangui in 2015 and delivered a homily during mass.

Across the road, an artisanal market showcases the work of local craftsmen and women. There are a few dozen stalls, and most sell the same things: fruit bowls and figurines and animals carved from wood, posters of Tintin in Africa, leather bags and butterflies caught and mounted in frames by members of the indigenous Pygmy community. A few artists display their paintings, mostly pastoral scenes.

From Apauline, a shopkeeper, I buy a laptop bag made from a colourful local fabric that proudly advertises “La journée internationale des femmes” or International Women’s Day. She is grateful for the business. She tells me I’m the first customer of the day and for once I don’t think it is just a negotiating ploy — there are no other shoppers in sight. 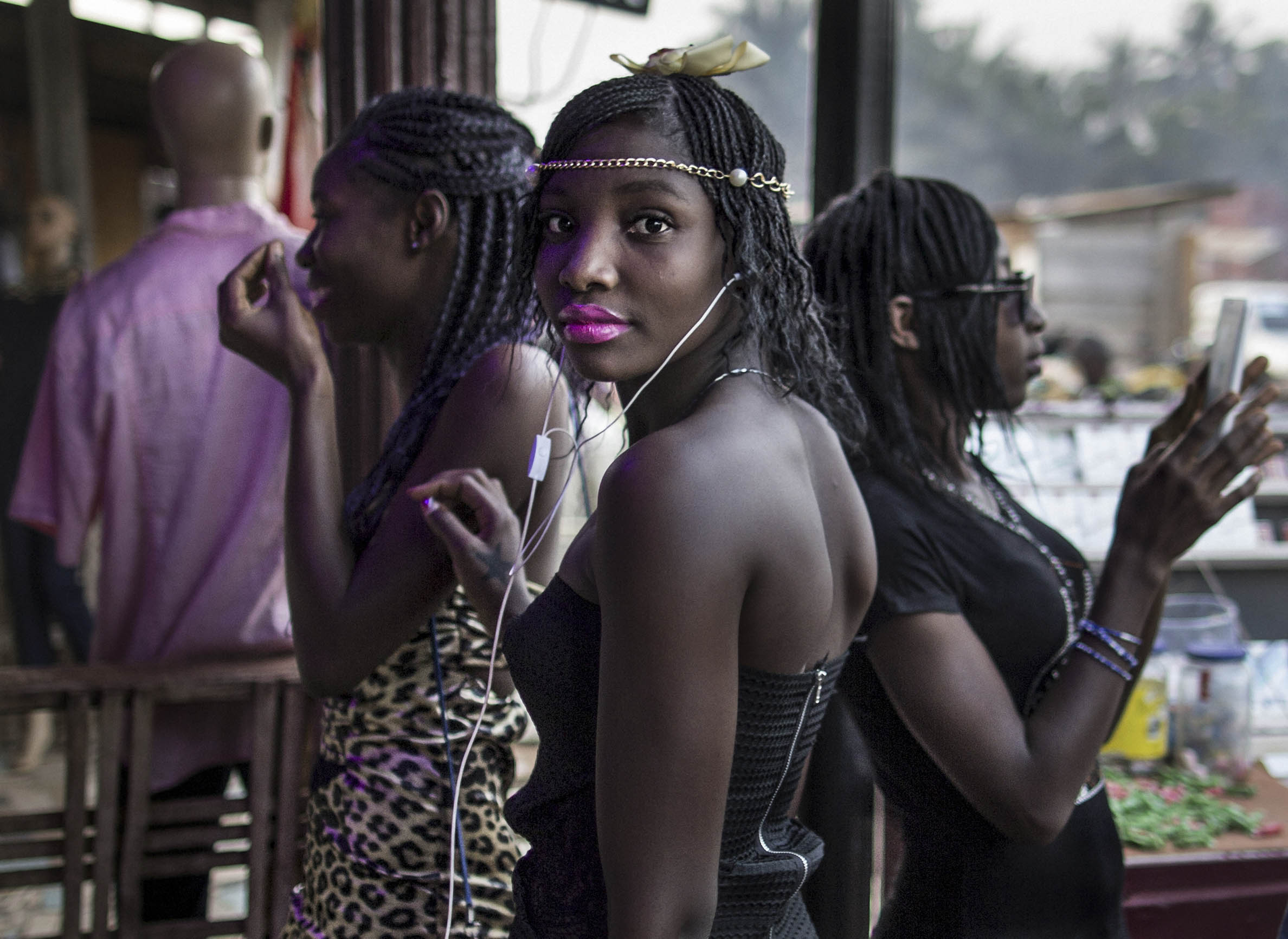 “It’s so quiet now,” says Apauline. Her customers are almost exclusively European, usually aid workers looking for souvenirs. Occasionally, members of the Central African diaspora will come to buy a reminder of home to take back with them to France or Brussels. “Even on Sunday, which used to be busy, there’s no one here.”

Downtown Bangui is a different story. The wide boulevards, punctuated in the French style by chaotic roundabouts, are packed with motorcycles and foot traffic, and hawkers sell clothes from the pavement. Billboards carry pithy political slogans (“Working together for unity!”) and ads for local businesses (“Sparkling drinks of Central Africa: don’t stay thirsty!”), and street food sellers dispense freshly baked baguettes and strips of barbecued beef wrapped up in yesterday’s newspapers. The viciously hot spice mix that accompanies the beef is optional. The street food is better than anything served in the high-end restaurants that cater for the dollar-rich international community.

Back at the Hotel Ledger, the receptionist notes my return. “Hello sir,” he says. “How was your swim?”