Ramaphosa: Taking land will turn SA into the Garden of Eden 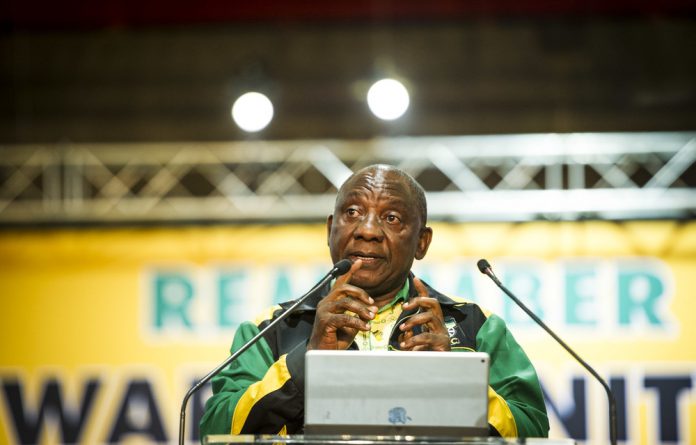 South Africa could turn into the ultimate paradise with the implementation of the policy of expropriation of land without compensation, ANC president Cyril Ramaphosa said in Nongoma, Kwazulu-Natal on Sunday.

“In fact, it is possible for us to begin a process of working the land and improving agriculture – making it a very successful factor in our country,” Ramaphosa said, addressing King Goodwill Zwelithini at Osuthu Palace – explaining the ANC’s decision to implement a policy of land expropriation.

“We can make this country the garden of Eden,” the new ruling party head said at a meeting to introduce the ANC’s new top six leaders to the Zulu king.

In his address at the meeting, Zwelithini then urged Ramaphosa to pursue this policy. He said that “only a very small proportion” of the people had had their land returned to them.

“We look to you to act…with speed.”

Zwelithini also congratulated former ANC president Jacob Zuma for “handing over power with dignity” – and acknowledged that the leadership elections at the party’s December conference had proven that “it is possible to hand over power without any issue.”

Earlier, there was a jovial atmosphere as various ANC officials arrived for the meeting. Ramaphosa was seen dancing with the king and gifts of cattle were exchanged.

In December, the ANC held its 54th national conference in Johannesburg. Ramaphosa was elected as president and joined by David Mabuza as Deputy President, Gwede Mantashe as National Chairperson, Ace Magashule as Secretary General and Jessie Duarte as his deputy. Paul Mashatile rounded up the powerful grouping with his election as Treasurer General. —News24

Firestorms: How Australia’s bushfires created their own weather