And thus do I salute him 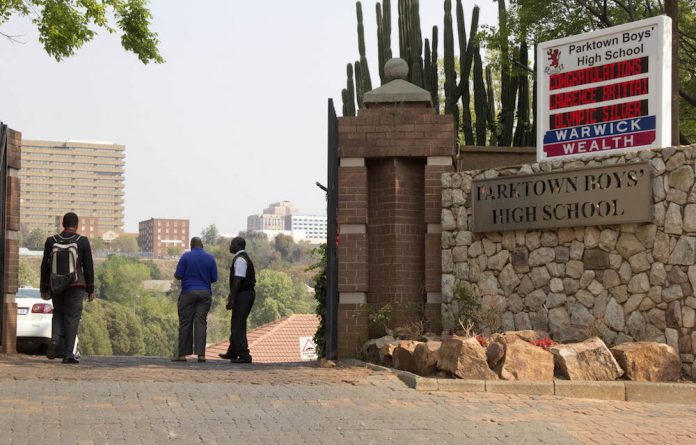 It was a warm April day in New York City’s Upper West Side. I approached the door of a ground-floor flat, 310 West 87th Street, rang the bell and waited. After a short spell, a short fellow with distinctly South African features appeared.

Such was my first encounter with Keorapetse Willie Kgositsile in 1964. Perhaps it was our shared interest in politics and the arts, but we became fast friends from that moment on. He had arrived in the United States from Dar es Salaam a year before me. Jonas Gwangwa and Hugh Masekela were among the few South African students enrolled at American universities at that time. As guys who were already familiar with life in the Big Apple, their flat had become the pole of attraction for all of us who began arriving in 1963 and after. Hugh moved out when Jonas’s first wife, Mamsie, arrived from London. They turned 310 West 87th Street into a salon for exiled students and artists where one could always find good company, food and drink.

Earnest discussions about South African, continental and international politics alternated with others on music, literature and, of course, the dislocations that came with exile.

The 1960s in the US was a period of unprecedented social and political upheaval. I arrived in the US on Sunday September 15 1963, the day when four African-American girls were murdered in a racist terror attack on their church in Birmingham, Alabama.

The freedom struggle in that country was reaching a high point after the March on Washington on August 28. By April 1965, another March on Washington mobilised American youth in opposition to the war in Vietnam. The university campuses, academic communities, nonconformist and radical artists were at the forefront of these movements.

The decade of the 1960s felt like revolution was in the air on almost every continent, but especially Asia, Latin America and Africa. Ninety miles off the coast of Florida a revolutionary socialist government had not only crushed a US-instigated invasion but was visibly constructing an alternative to American capitalism. In Vietnam a small nation was heroically resisting the military might of the world’s most powerful industrial power.

African independence was at its high tide, with one country after another regaining independence. On the continent the decade commenced with the Sharpeville Massacre on March 21 1960. Victory in Africa’s first successful armed struggle, Algeria, during 1961 brought hope to movements in Southern Africa’s White Redoubt (captured in Filipe Ribeiro de Meneses and Robert McNamara’s book). In July 1967, our contemporaries in Umkhonto weSizwe (MK) received their baptism of fire during the Wange and Sipolilo campaigns in Zimbabwe. In Europe the end of the decade was crowned by the stirring events of May 1968 in Paris.

The African-American liberation movement identified strongly with this international tide. Willie and I were both members of the small contingent of ANC-aligned students in the US. The two of us drifted even closer together because we both identified with the left of the Congress movement.

Being on the East Coast, within easy reach of the big cities like New York City, Boston, Philadelphia and Newark, Willie soon found a niche among a very vocal, radical African nationalist milieu, headed by the late Amiri Baraka, formerly known as LeRoi Jones. Operating from Harlem, the Lower East Side and, later, out of Newark, they inspired an arts movement that embraced especially poetry, theatre and music.

Africans in the Americas were once more seeking inspiration from their African past, some even harking back to Pharaonic Egypt.

Miriam Makeba’s talent had by then given South African music an identity as American and European audiences proved very receptive to both her voice and her novel melodies. As the best-known African talent on the world stage, she also gave our generation access to platforms like the United Nations’ General Assembly. Willie and Jonas helped Miriam to draft a moving statement she delivered to the world body in 1964.

The environment assisted us to begin building networks among progressive writers, musicians, actors, playwrights and graphic artists that would prove valuable as a solidarity resource when our own South African struggle gained momentum. In the US it was activists on the left of the political spectrum who took an interest in Southern Africa or African liberation politics. We complemented our academic pursuits with political activism.

From Lincoln College in Pennsylvania, where he started, Willie completed his studies at Columbia University. During those years he was an energetic participant on the African-American literary scene, penning insightful reviews and producing his first anthology of poetry, Spirits Unchained, that earned him the Harlem Cultural Council Poetry Award and a National Endowment for the Arts Poetry Award.

He established himself as a significant African poet when he published his second collection, titled My Name Is Afrika in 1972.

In the US itself, the infectious climate of optimism about change had also stimulated groundbreaking currents of dissent that culminated in the second wave of feminism and the struggle for the civil rights of the lesbian, gay, bisexual and transgender community.

The lyricism of Willie’s poetry celebrated not only what the muse had awakened in him but also the whirlwind of social change the poet was living through. The sources of his inspiration are African, African-American and international. Detachment and neutrality were not options to a Kgositsile who had chosen his side in the struggle against injustice at an early age.

His work was widely performed both by himself and by the agitprop troupes, such as Mayibuye, that the liberation cobbled together for the purposes of mobilising solidarity. Inside South Africa itself poetry and the theatre were being harnessed as the forces of liberation revived after the intense repression of the 1960s.

In 1975, Willie returned to Africa to take up a post at the University of Dar es Salaam, then one of the most intellectually stimulating campuses on the continent and regarded as the centre of radical African scholarship.

The 1976 Soweto uprising found him at the principal reception point for the young people coming into exile: a generation whom an older comrade once described as “full of heart”, with almost each one of them thinking she or he was a potential poet. It fell to comrades like Willie to patiently impart the craft to the best among them while ruthlessly weeding out what he derisively called the “MK/AK bullshit!”.

What commended Willie to young people was his personal warmth, exuberance and an irrepressible love of life. With his keen sense of humour, he was fun to be with. But he also possessed a wealth of experience and knowledge that he was always eager to share with others, especially the youth.

The liberation movement began to tap the potential of the arts in earnest after the 1977 Second World Black and African Festival of Arts and Culture in Nigeria. Operating from what we called the “forward areas” of Lesotho and Botswana, the ANC slowly built up a national network of progressive artists inside the country.

After he was employed by the University of Botswana, Willie was integrated into that aspect of work through Medu, the artists’ network established by Mongane Serote and others in Gaborone. It was from among these that the ANC founded its own department of arts and culture, under the leadership of Barbara Masekela in 1986.

As an activist in that department, Willie featured prominently at the Culture in Another South Africa festival, held in Amsterdam in December 1987, which brought together a powerful delegation of artists from inside South Africa with Western European artists active in the solidarity movement. On his return home after 1990, Willie was elected chairperson of the Congress of South African Writers.

Willie’s talent produced three more anthologies by 2004, when I was appointed minister of arts and culture. With Willie at hand, choosing a ministerial adviser was a no-brainer. Willie was among the generation who grew into adolescence during the 1950s, the first decade of National Party rule, which witnessed the construction of a comprehensive system of national oppression. The fanatical determination with which the National Party pursued its agenda left no illusions about its intent and the effect of its policies. Thus, when Nelson Mandela made the call to arms in December 1961, our generation readily responded.

Willie was among the first group of comrades instructed to leave the country to set up the ANC’s external mission. After the arrests at Rivonia in July 1963, responsibility for leading the movement devolved on to the external mission.

Reconstructing the movement’s internal machinery and equipping it to offer leadership to the mass struggle took much longer than had been anticipated. The attrition proved testing for some. Others, demoralised by the slow pace at which events unfolded, threw in the towel and sought greener pastures.

Throughout the 28 years he spent in exile, Willie never lost confidence in the liberation movement and in our capacity to overthrow the racist regime.

As a poet, Willie employed the gift the muse had endowed him with to sing his song of freedom and celebrate the struggle for a better world. As an artist, he performed these with restraint and the skilled use of language to compose works of beauty. As an unapologetic political activist, Willie wrote and performed his poetry with a commitment born of the passion with which he pursued his objectives.

Keorapetse Willie Kgositsile succeeded Mazisi Kunene as South Africa’s poet laureate in 2006. His untimely death represents a great loss for South African arts. As a friend of long-standing, I am still not quite certain that I have come to terms with it.