#LifeEsidimeni: Did Qedani Mahlangu send patients to their deaths for political gain?

Alone and under siege. That’s how former Gauteng health MEC Qedani Mahlangu will face the families of 143 psychiatric patients who were sent to their deaths under her watch in 2016 and 2017. She will not have the luxury of the anonymity she enjoyed in London where she found shelter from the public glare after her resignation in February last year, and she will not have the backing of her erstwhile departmental managers.

If her track record is anything to go by, Mahlangu will not accept any personal blame for the shambolic plan to move 1300 patients to NGO facilities when she is expected to the stand Monday at the Life Esidimeni arbitration hearings.

It’s Mahlangu’s testimony that the families of those who died in atrocious circumstances – in pain, hungry, thirsty, cold and neglected – have been waiting to hear.

Described as “extremely arrogant” by opposition politicians in Gauteng, she has until now only accepted political accountability for the deaths because they occurred under her leadership as the MEC for health and therefore the “final authority in the department”.

Listen to Mahlangu’s opening statement at the Life Esidimeni hearings on Monday.

Maybe the former MEC watched the live stream of the Parktown hearings from London, where she has purportedly been so busy being a full-time post-graduate student since August that she could not appear at the hearings until now.

If Mahlangu has followed events in South Africa, which she surely must have, she will realise that her political support has waned drastically, leaving her to face the families – and potential criminal charges – without the standing she used to enjoy within the ANC.

A valuable and tireless worker on the campaign trail, she was an important fundraiser for the ANC and considered to be close to former ANC Gauteng chairperson Paul Mashatile, who has had a tense relationship with Premier David Makhura. When news of the deaths surfaced, Mahlangu was “busy with political work” as head of the ANC’s elections team in Gauteng, according to Health Ombudsman Malegapuru Makgoba’s earlier report on the catastrophe.

Ironically, says the DA’s shadow health MEC for Gauteng Jack Bloom, the disaster might have been as a result of Mahlangu’s efforts to cement her standing within the ANC.

“She was fixated on cancelling the Life Esidimeni contract. I think she wanted to prove the state can provide the services better and cheaper and that this could be one of her great accomplishments. Instead, it turned into a great tragedy.”

Not only did the plan backfire, but the political balance of power in the province has since shifted. With Mashatile on his way out of the province after being elected as the ANC’s treasurer-general at the party’s December conference, Makhura is set to take the party’s reigns in Gauteng.

Makhura has been at pains to paint the province as efficient and well-governed, ANC insiders say, and “not like Zuma’s government”. Similarly, the ANC in Gauteng has sought to distance itself from “Zuma’s ANC”. 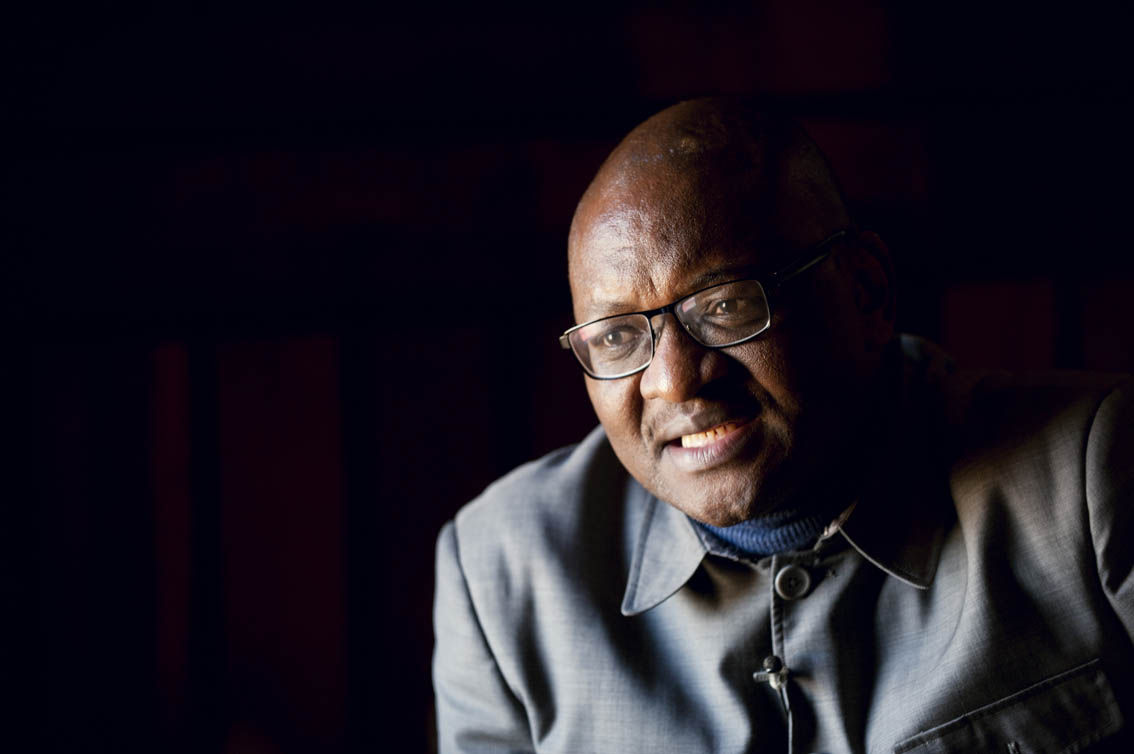 Gauteng Premier David Makura maintains he did not know about plans to move patients into community-based NGOs. Members of the opposition aren’t buying it.

He was furious when the extent of the Life Esidimeni scandal became known, according to sources – not only because of the lives lost but also because of the reputational damage to his leadership and ultimately fears that the scandal may contribute to the ANC losing power in Gauteng in 2019. Mahlangu allegedly initially refused to step down as MEC, but was pushed to do so by the Premier.

Makhura has repeatedly denied any knowledge of plans to move Life Esidimeni patients to community-based organisations in what became known as the Gauteng Mental Health Marathon Project.

“I would like to state categorically that the decision to transfer Life Esidimeni mental health patients to NGOs was not made in consultation with the provincial executive council,” he said in his 2017 state of the province address.

But, in separate interviews with Bhekisisa, Bloom, as well as his Economic Freedom Fighters and Freedom Front counterparts in Gauteng, Mandisa Mashego and Philip van Staden respectively, said they don’t buy Makhura’s response: he must have known about the decision to move the patients and should take responsibility for the deaths.

Bloom pointed to questions he had been asking in the legislature since 2015. “There were various points… that the premier could have and should have intervened. And once the deaths became known, he should have fired his health MEC or demanded her resignation. That is his burden; that he could have saved lives.”

The EFF’s Mashego, however, believes the ANC is still protecting Mahlangu, a member of its provincial executive committee. And he and Van Staden agree that she was allowed to continue her studies in London to save the ANC the embarrassment of her evidence at the hearings – a plan that, if it was indeed the case, has flopped spectacularly as her absence only served to infuriate families more.

Mahlangu has variously stated that things had not been “hunky-dory” at the facilities privately run and owned by Life Healthcare before the Gauteng department of health ended its long-running relationship with the hospital group. She has alleged that Life Healthcare had not provided patients with clinical files and even implied some patients had been dumped by their families who were “no longer interested in looking after them”.

This despite the fact that very few if any Life Esidimeni patients would have been able to live at home without expensive, around-the-clock care often out of the financial reach of their families.

Mahlangu has also hinted that she is, in fact, the target of unfair persecution because of the Esidimeni debacle. Things go wrong sometimes, she said in an October 2016 interview with Bhekisisa, warning that she would take legal action where her name has been “mentioned inappropriately in certain things”.

Listen: “It wasn’t my responsibility”

After reluctant and evasive evidence from her senior officials in the first weeks of the hearings last year, where they all tried to shift responsibility for the tragedy, Mahlangu is now the person who will be expected to piece together the puzzle that former deputy chief justice Dikgang Moseneke has been trying to build.

Why, exactly, was she so adamant to end the contract with Life Healthcare?

Why were 1 300-odd patients rushed out of Life Esidimeni, transported like cattle on the back of open bakkies to ill-equipped and unlicensed NGOs where unqualified staff had no idea how to care for them?

Why were the patients’ relatives not told where they went?

How did so many patients die?

Why did officials – and Mahlangu – ignore protests, pleas, warning after warning, even court action?

How could they lose track of psychiatric patients?

If she did watch the broadcast of the hearings, Mahlangu would have heard Ntombifuthi Dladla relive how she had to identify her brother’s decomposing corpse in a stinking mortuary months after Joseph Gumede had died at the Anchor Centre in Cullinan.

She would have heard of families finding loved ones among piles of corpses in mortuaries that resembled butcheries; of psychiatric patients walking around naked in the cold; of some being so hungry that they nearly ate napkins; of overdosing on medicine.

Listen: “My son had death in his face”

But not before they painted their former boss as an MEC who would not take advice from anyone, and instead, ruled by fear.

It was from the MEC that the pressure to move patients to NGOs came, Selebano testified last year. When he did raise concerns, she allegedly asked him if he was a spokesperson for Life Healthcare.

Selebano said he was too scared to stand up to her.

“There was no space to differ with her. Going forward, your relationship would be difficult.”

Manamela, a weak witness who angered the families with rambling and conflicting accounts, refused to accept any responsibility. She fingered Mahlangu and Selebano, saying she merely followed her superiors’ orders.

After he interviewed Mahlangu, Makgoba wrote: “The MEC was blowing hot and cold in responding to most questions. Asked when looking back if she thinks it was a good decision, the MEC gave an account that when a policy decision is taken you don’t know how it will unfold.”

Many people told the ombudsman that Mahlangu had said her “decision was final and non-negotiable and the project had to be done”, the report stated.

If Mahlangu did watch the broadcast, she will know the families want dignity. That they simply want to know what happened. That they deserve more than denials and arrogance.

That is if she watched, and was not too busy with her studies.