Can workplace secondments build trust in the mining sector?

Mining remains a central pillar of the South African economy. In 2015, a comparatively poor year given the commodity crisis, mining still accounted for 7.7% of South Africa’s gross domestic product — 17% if multipliers are included. The industry employed 460 000 people directly and 1.4 million indirectly, and contributed 25% to exports. But it is an industry in crisis. Neither government nor the mining companies have fully processed the shocking events of the Marikana massacre in August 2012 at Lonmin’s platinum mine, nor the jobs rout that took place as commodity prices slowed from 2012 onwards.

Against this backdrop, there are many tensions between the South African government and the mining industry, and such sub-optimal relations are exacting very real economic costs. These costs include drastic underinvestment in local mining communities, lost productivity as a result of safety stoppages, job losses, and even divestment out of South Africa.

The iniquitous history of the country’s mining industry, with extreme racial exploitation, has a significant part to play in the government’s wariness of the sector. This has been further inflamed by mining companies’ inadequate progress in addressing issues such as the transformation of ownership, wage inequality, housing and local investment since 1994.

The moment demands boldness. The implementation of a workplace mining secondment programme between the department of mineral resources (DMR) and mining companies is not without risks. If entered into in bad faith, poorly managed, inadequately resourced or too small in scale and impact, it can easily contribute to ill feeling and cynicism. At this juncture, however, the benefits of a carefully designed policy that focuses on long-term co-operation and exchange between public servants and private sector employees far outweighs the risks.

The South African government has in recent years adopted an increasingly legislative approach to managing a sector it views as recalcitrant and disingenuous, with a heavy emphasis on taxation and penalties. The DMR has initiated a slew of legal and regulatory changes, sometimes perceived as being rushed and lacking in appropriate consultation. These have included a radically revised Mining Charter, announced unexpectedly by the DMR in April 2016, the contents and targets of which appeared to have been developed independently of the industry’s agreed multi-stakeholder forum, the Mining Industry Growth and Development Employment Task Team. 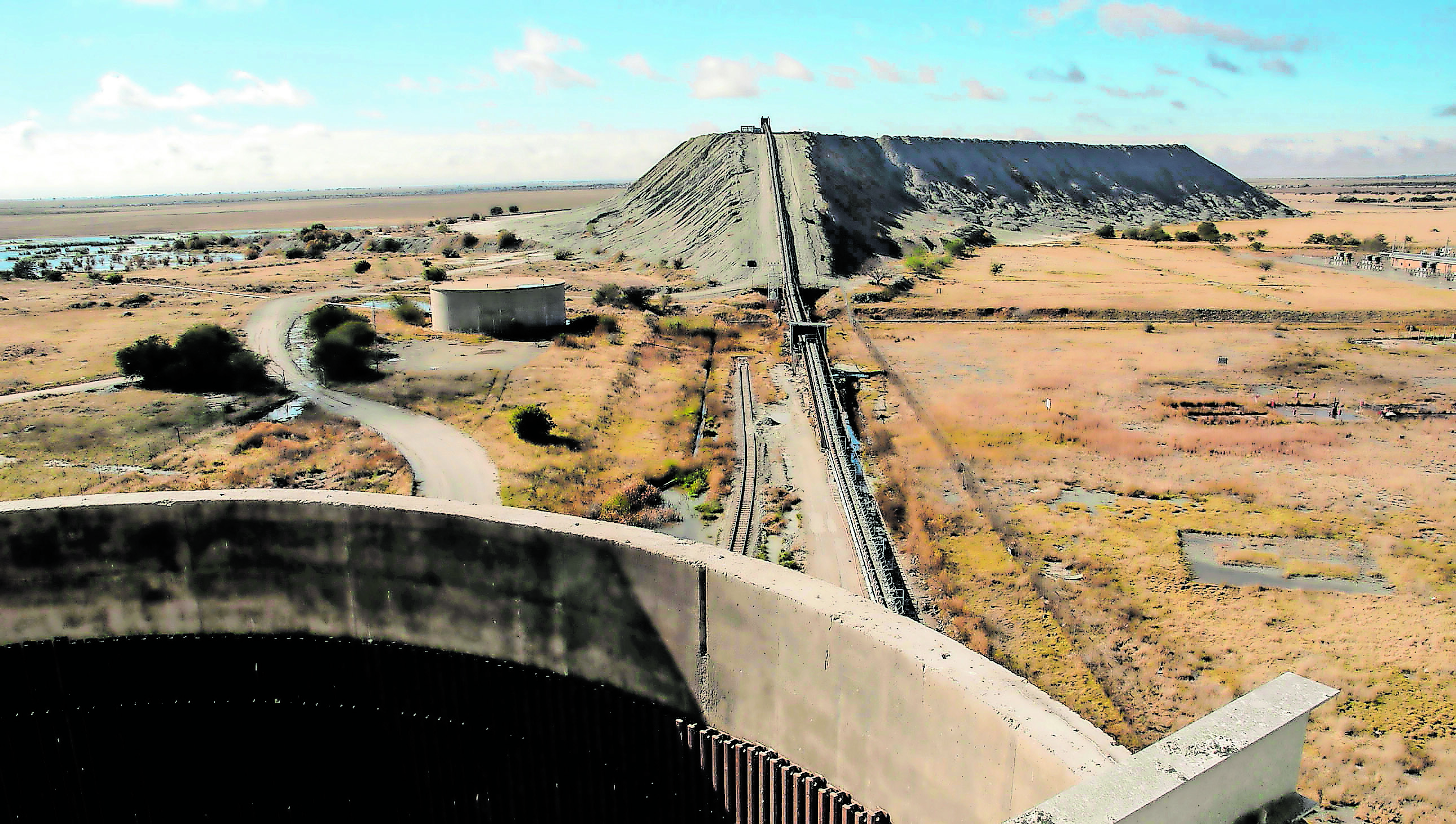 Both the centrepiece of the country’s mining legislation — the Mineral and Petroleum Resource Development Act — and the National Environmental Management Act have been revisited since 2014, in fraught processes involving significant legal and substantive disagreement.

The causes of the government’s distrust are manifold and complex. Their historical roots extend to the human rights violations perpetrated by mining houses for decades through the extreme exploitation of mineworkers, and the damage wrought on the social fabric of rural black communities by the migrant labour system. This historical distrust is compounded by current realities. Perceptions persist that the mining industry is at best oblivious to and at worst entirely unrepentant about its direct contribution to racial oppression for profit throughout the previous century.

Underwhelming efforts by mining companies to meet their Mining Charter and corporate social investment obligations have also been a contributing factor — as noted by Judge Ian Farlam in his final report for the Marikana Commission of Inquiry. If the government’s “solutions” to the trust deficit have been legislative, the private sector’s response has been litigious. Mining companies have responded to several challenges by turning to the courts for intervention and clarification.

The Chamber of Mines applied in 2015 for a declaratory order from the High Court on the disputed understanding of the “once empowered always empowered” principle in terms of black economic empowerment ownership requirements. In November 2015 the Chamber of Mines also won a notable victory when the Labour Court set aside an instruction from the DMR to halt an entire mining operation for safety reasons, citing the misapplication of the law by the department’s officials. The Chamber of Mines announced that safety stoppages through the “inappropriate application” of Section 54 of the Mine Health and Safety Act of 1996 cost its member companies R84.8-billion in 2015 alone, and that the total loss from 2012 to 2015 was in the region of R13.63-billion.

Some companies have either divested from South Africa or refused to reinvest capital in new mining projects, citing this political and regulatory uncertainty. This has limited job growth and reduced spending in the local context. But the industry’s chronic underinvestment in its employees, local communities and transformation projects, particularly given the mega-profit years of the commodity super-cycle (2000 to 2012, and extending to 2014 for platinum), means the dire straits in which it currently finds itself elicit little sympathy from stakeholders.

In this context, the policy appetite for fresh thinking or risk taking is diminished. The industry thus finds itself at an impasse, where either party is viewed as an enemy to be forced into submission. But it is for these very reasons that there exists an opportunity to explore alternative approaches to address the issue of mutual distrust. A policy introducing a secondment programme to foster strategic co-operation between the state and mining companies might involve risk, but these risks can be managed, and far outweigh the risk of doing nothing to shift the undesirable status quo.

Will and resources to invest in mining secondments

Secondments (temporary transfers of officials or workers to different positions or jobs) are a popular concept on paper. They are put forward in the National Development Plan and the Public Services regulations as ways to build capacity and develop staff. They are often listed as a practical method for delivering on high-level commitments to capacity building. At a continental level, the Africa Mining Vision talks about “skills transfer provisions” during processes such as audits of mining companies’ tax returns, or contract negotiations. These all feed into high-level dialogue about the need for effective partnerships to drive the extractive sector’s transformation.

However, beyond occasional references in national and African regional strategies, substantive policies around workplace secondments in Africa are rare. Actual examples of implementation are ad hoc and idiosyncratic, if they can be found at all. Why the gap, then, between a good idea and its execution on a continent that stands to gain so much from it?

There are a number of possible reasons for this. Firstly, successful secondment programmes demand significant human and financial resources. The initial upfront work of designing a secondment programme that is acceptable and beneficial to all parties needs to be rigorous, robust and comprehensive. Design alone could take a year or two. Launching the programme, managing and monitoring it over the secondment period, and finally supporting public servants’ return to their original place of work and successful reintegration are all resource-intensive exercises.

Secondly, potential perceptions of corruption or undue influence in secondments, now or in future, can be prohibitive. Thirdly, there are fears that, as a result of secondments, government officials will leave to pursue jobs in the private sector, where pay and benefits are often more generous than in the public sector. Lastly, successful secondments can destabilise power blocs and expose vested interests in both the private and public sector, which can be an unwelcome result for certain stakeholders.

Managing the risks to unlock the benefits

All of these risks can be mitigated through rigorous design — although, of course, they can never be avoided altogether. Practical questions about the funding and professional skills required to implement an effective secondment programme need to be resolved upfront. Co-funding could be an important principle to ensure that both parties are invested, both literally and figuratively, in the success of the endeavour. There are additional considerations to increase the chances of success: particular skills and priority areas for secondments need to be identified and agreed upon by both the government and the state, to ensure the needs and concerns of both are reflected in the programme.

Thorough legal contracts and agreements need to be in place, covering all aspects of the secondment, including possible (reasonable) lock-in clauses with employees upon conclusion and their return, and intellectual property rights. The actual secondment periods should be substantial, at least nine to 18 months, to allow sufficient time for expertise to develop and skills to be mastered. The scale of the programme would need to be large enough to reach a meaningful number of public servants, and to absorb occasional setbacks and unexpected consequences with individual secondments. It needs to be in place for a significant time period, for at least five to 10 years, to allow for learning, continuous improvement and impact measurement.

This move beyond the ad hoc into the systemic can also go some way towards mitigating perceptions of favouritism, privilege or bias in the allocation of secondments. Effectively designed and implemented, the direct and indirect benefits of a secondment programme for both the government department and the host company are many. Secondments offer an opportunity to explore and understand (and possibly challenge) the different priorities, incentives and governance structures that define each workplace. They establish, and normalise, professional networks that extend across both public and private sector lines. They can contribute to building a technocratic and depoliticised public service. They demystify power structures, debunk myths and deepen understanding. On a human level, they also foster connection and improve empathy between professionals working in the same area.

For the broader industry, improved collaboration can translate directly into more effective regulation and greater consensus around priorities, a larger skills pool, higher-impact spending, fewer work stoppages and improved profitability. Given the history and complexity of the mining industry, the benefits of co-operation must surely outweigh the costs.

Should policymakers in the South African government succeed in designing and implementing an effective secondment programme, the prizes are rich. It could serve as a model for replication on the African continent, which is also grappling with ways to improve the sharing of expertise between private mining companies and the state departments that regulate them. It would change or translate many much-vaunted notions about encouraging skills transfer and building technical expertise from theory into reality.

The exercise is not without cost and risk, and a long-term time horizon is critical for success.

Thoughtfully implemented, however, it would reduce the need for regulatory interventions, improve productivity and build trust levels, to the benefit of all of those in an industry that remains vital to South Africa’s economy.

This article was part of the mining research done by the South African Institute of International Affairs. Read more about their research here:
http://www.saiia.org.za/programmes/resource-govern…