Courts ride out the Zuma storm

After nearly 10 years with Jacob Zuma in charge, our organs of state are in varying degrees of decay. The big state-owned enterprises are allegedly captured or broke, or both. Large swaths of government are dysfunctional. The National Prosecuting Authority (NPA) is compromised, the police more so. Question marks hang over a number of members of the executive. And Parliament has, for the most part, done little more than rubber-stamp and defend the executive.

It’s also been a tough period for the courts. But, given what’s been thrown at them, they have weathered the storm, overall. South Africa’s independent judiciary has survived the Zuma years — in the face of intense and almost relentless pressure.

It was bound to be a rough road for the courts. Zuma’s very election as state president was achieved off the back of an illegal decision by the NPA to discontinue a corruption prosecution against him, and it was immediately challenged in court.

The litigation over this decision lasted almost as long as Zuma’s presidency did. And, since he took office, all of his appointments — three over less than 10 years — of national directors of public prosecutions have been found to be unlawful by the courts and set aside.

Perhaps the most tense moment was the stand-off regarding Sudanese President Omar al-Bashir, who is wanted by The Hague for war crimes and crimes against humanity and yet was allowed into South Africa to attend an African Union summit and then — despite a court order that he should not be allowed to leave — was spirited out of the country.

The courts became a terrain of political struggle and a real thorn in Zuma’s side on various matters, from the appointment of prosecutions bosses to the nuclear deal, from the spy tapes litigation to Nkandla and the State of Capture report.

The courts had to navigate complex terrain — on the one hand, staying true to the Constitution and the law and providing effective remedies; on the other, resisting the temptation to enter the fray.

For the most part, they did so — and, as a result, have increased in popularity. The Constitutional Court in particular — a Bench almost entirely appointed by Zuma (only Edwin Cameron was appointed by Kgalema Motlanthe) — has taken a special place in the hearts of South Africans.

This is mostly because of the special protection the courts are given under the Constitution, which states emphatically that they are subject only to the Constitution and the law. All judges are further insulated from undue influence — their salaries are pegged and it is exceptionally difficult to remove them.

But some credit must also go to the leaders of the judiciary. Who could forget the extraordinary judicial show of strength when Chief Justice Mogoeng Mogoeng, flanked by 26 senior judges including judges president, publicly responded to a slew of criticism by politicians‚ and assured the nation and the world that South Africa’s judges remained steadfast in their obligation to uphold and protect the Constitution and their oaths of office. “To judges, this obligation and the oath are sacred,” he said.

The Judicial Service Commission (JSC) is also to be credited. In the face of intense criticism from all sides, it pushed ahead with its race- and gender-transformation agenda — as mandated by the Constitution.

It is true that the JSC has taken some wrong, some unfair and some downright inexplicable decisions over the years. But looking back, sticking to its guns on building a representative judiciary gave the Bench the high level of credibility it needed to stand up to executive pressure.

Pressure on the judiciary even came from within. The Zuma presidency began with a huge judicial scandal, to which he was directly connected. Before the corruption charges against Zuma were dropped, Western Cape Judge President John Hlophe visited the Constitutional Court twice and discussed pending judgments with two of its judges.

The discussions, which Hlophe has consistently maintained were innocent, were about judgments related to the Thint/Zuma arms deal corruption prosecution and were — at the time — believed to be crucial in determining whether the state would have a good case against him.

The two justices he visited — Chris Jafta and Bess Nkabinde — told the JSC they gained the impression that Hlophe wished for an outcome that was favourable to Zuma. Clearly implied in Nkabinde’s evidence was that Hlophe had been sent there, with a “mandate” to secure a favourable outcome. Hlophe said this was not true.

The visits triggered an unprecedented complaint of gross misconduct by every justice of the highest court and the two judges who were acting on that court at the time. Hlophe made a counter-complaint, and claimed he was being persecuted because he had dared to take on racism in the judiciary and the legal profession.

The dispute threatened to prise open one of the biggest faultlines in the legal community. In an approach that has been highly criticised, the JSC acted to contain and mitigate rather than to lance and resolve. It ticked off Hlophe for his counter-complaint, said his discussions with Nkabinde and Jafta were “unwise” and ultimately cleared him of wrongdoing.

Later, when the JSC’s decision was reversed through court cases and the complaint had to be dealt with afresh, judiciary observers watched aghast as Jafta and Nkabinde damaged their own credibility when they challenged the judicial disciplinary process against Hlophe and then litigated against the JSC for years, holding up the resolution of every other serious judicial misconduct investigation.

Nearly 10 years later, this matter remains unresolved. But Hlophe’s judicial conduct tribunal should be getting underway soon, according to the JSC. Although the Hlophe saga has damaged the judiciary and the reputation of the JSC, it has not destroyed it.

Another feature of Zuma’s presidency that had the potential to be damaging to the judiciary was his apparent obdurate refusal to appoint former deputy chief justice Dikgang Moseneke as chief justice, though he was eminently qualified and next in line in terms of seniority.

The attempt — unconstitutionally — to extend the tenure of former chief justice Sandile Ngcobo was likely due to this. The extension of tenure, too, was set aside. 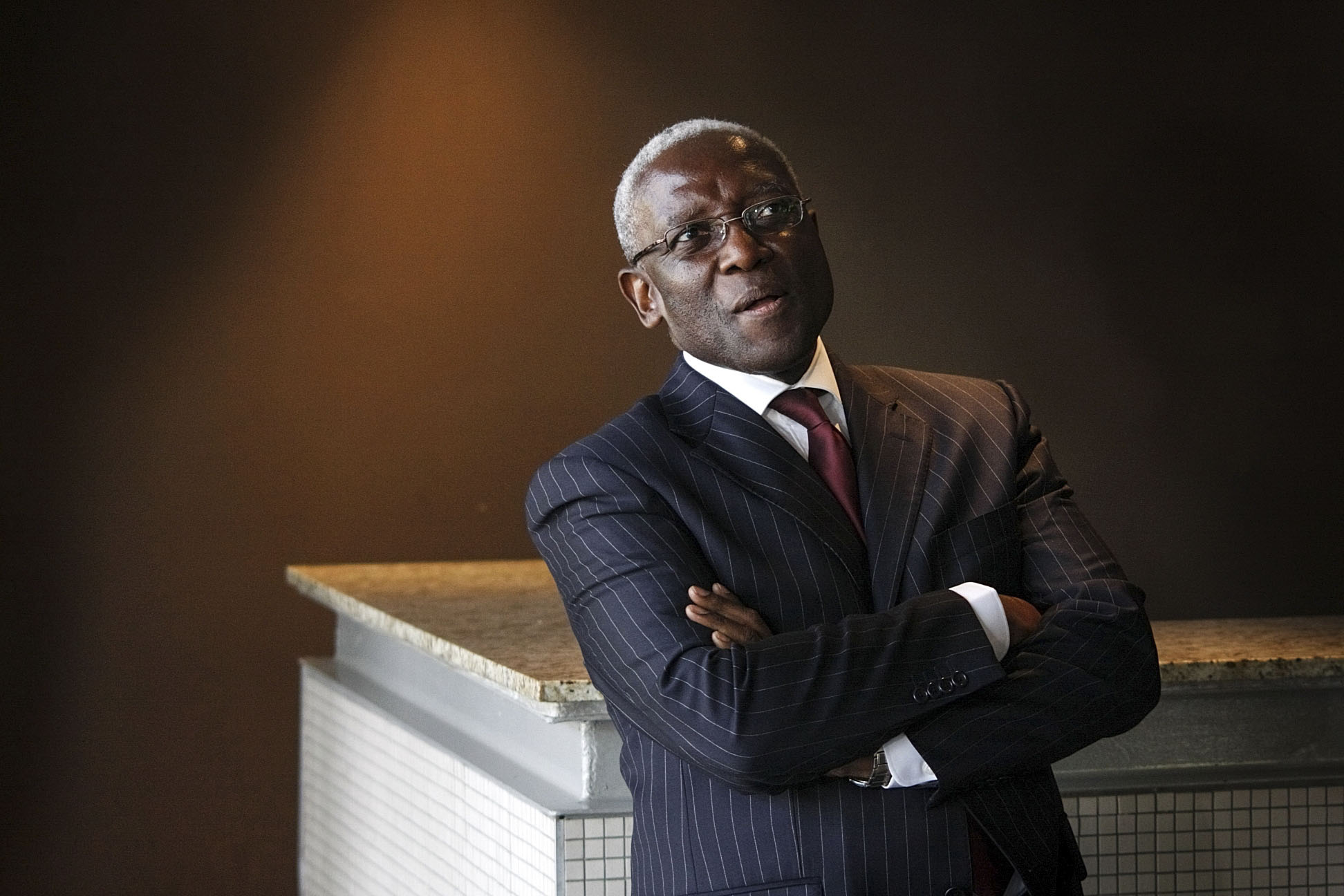 No one can adequately answer why Zuma was so determined not to appoint Moseneke — including Moseneke himself. In a 2016 interview, he said he did not know, adding that he had no “personal antipathy” towards Zuma.

When Moseneke was allowed five days off his banning order to go on honeymoon to Durban, he said: “Guess who picked me up at the airport? JG Zuma.”

The outrcy about the former president’s overlooking of Moseneke was why his choice for chief justice, Mogoeng — at the time only recently appointed to the highest court and without the struggle pedigree of Moseneke — was viewed with intense suspicion.

His JSC interview was the most gruelling one ever seen, before or since, and went on for two days — presided over by Moseneke himself. It was highly unpleasant and probably unfair on both of them.

But in the end, this did not divide the highest court or badly affect the judiciary. The two “found each other” and, over the years, united and buckled down in the face of the storms that would come.

Still, the judiciary has not been left unscathed by the Zuma years. More and more, the JSC has been struggling to get enough candidates to make themselves available for appointment to the country’s highest court, often having to extend the closing dates for nominations or readvertise vacancies.

It has never been clear why there is a lack of interest among potential candidates for what should be the crowning achievement of a judicial career. When potential candidates were asked, their answers were varied. But one that did come up repeatedly was that they knew Zuma would not appoint them.

More recently, there have been worrying signs of a lack of collegiality in the highest court. This was thrown open in Mogoeng’s unprecedented interruption when Jafta was handing down judgment in the Zuma impeachment case, when he labelled Jafta’s majority judgment “a textbook case of judicial overreach”. It also emerged that there are tensions at the Supreme Court of Appeal.

When Cyril Ramaphosa takes the helm, he will almost immediately be tasked with making a number of crucial appointments. For one, he must appoint a new head of the NPA. There are also two vacancies on the Constitutional Court and they will be up to Ramaphosa to fill — after candidates have been interviewed by the JSC and a shortlist has been provided to him. Ramaphosa may also want to change the composition of the JSC, since the Constitution gives him the power to nominate four of the JSC’s members.

Ramaphosa’s choices for these positions will say a lot about his commitment to the independence of the judiciary, the NPA and the rule of law.