‘Is fokol is nex’: The South Western side of life

On Sunday mornings the terror of the weekly tribulation is humbled by the music of the people.

On Sundays they suffer and triumph in song; they affirm their strength with hymns from old times. Theirs is a tale engraved in the echoes of their melody. They are the ones who have not forgotten that in every place there is a ghetto — a storeroom for desolate black faces, left poor and underprivileged so they don’t contaminate distinguished spaces. 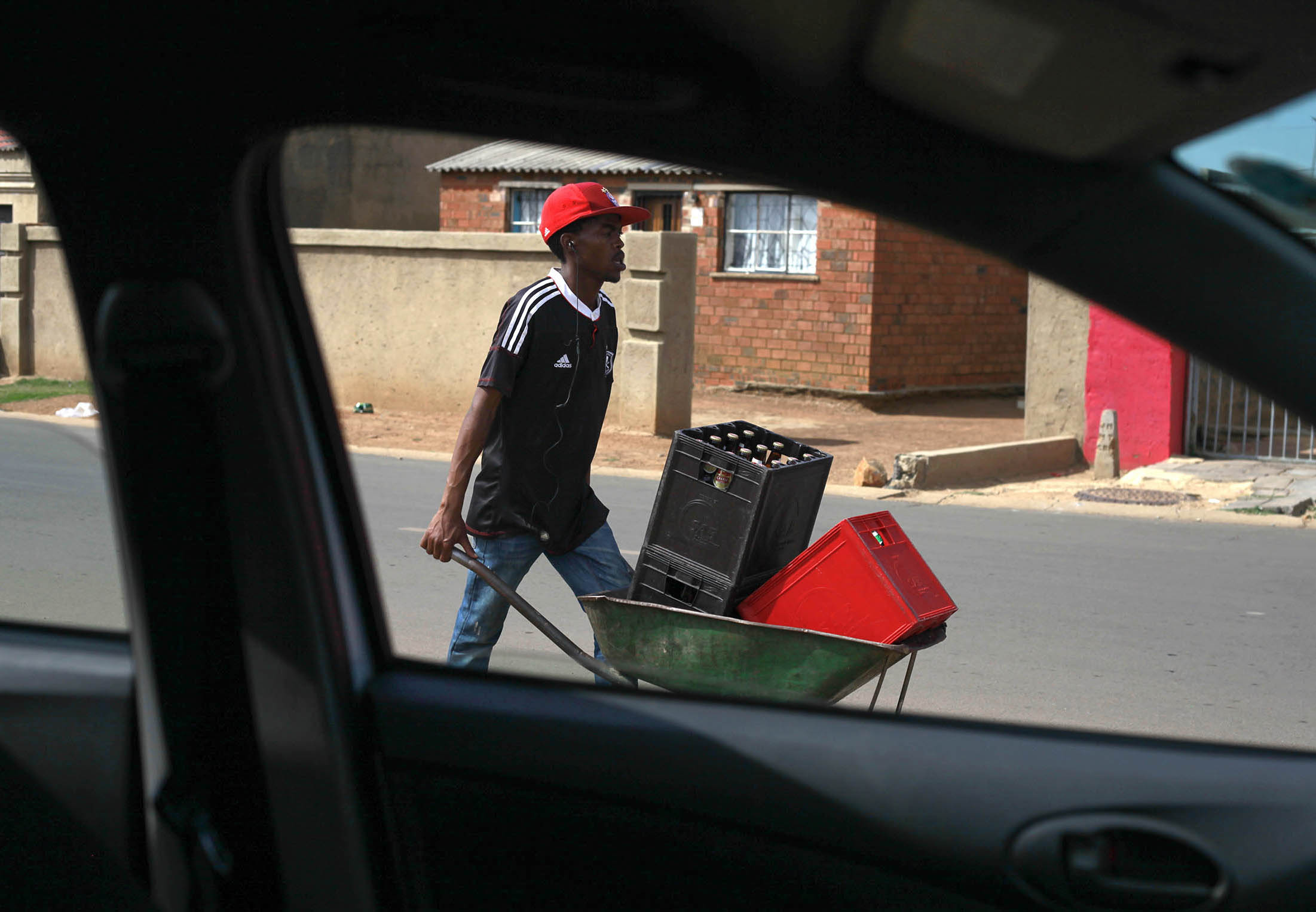 Cigarettes for the deterred guerrilla sotsha, who sits in the corner waiting for his miraculous economic emancipation — reminiscing about dodging ama yellow-mellow eMapetla and strapping on a Kalashni-kovs eMaputo. Amakip-kip for abo nana girl, the small souls whose heroic superpowers are dimmed by the mask of poverty on their faces.

On Tuesday, the born-free vezandlebe is a revolutionary resident whose innocent resolve is tested by the Red Ants. She is the tormenting terror on Twist and Claim streets in Hillbrow, Johannesburg. She is the burden of umdlezane, trivial and tiny in her body but carrying a titanic responsibility for her young mother.

On Wednesday, the humble mantshingilane is a custodian of anxiety; he must feed his family. He must serve his masters precisely with perfection. The dirt must be removed so that the clean, rich masters can live harmoniously in the former homes of the peasants he evicts. Can he even spell urban regeneration?

He ignores the obvious similarities between him and the troublesome hillbillies with whom he has often shared a long ride home to the village. Because his kids must eat and, for the sake of the rich, the poor must always retreat

On Thursday, yimini yomthandazo yoonina. It is the day our mothers pray on behalf of the fearless fatherless bastards who will be turned into kings and queens. 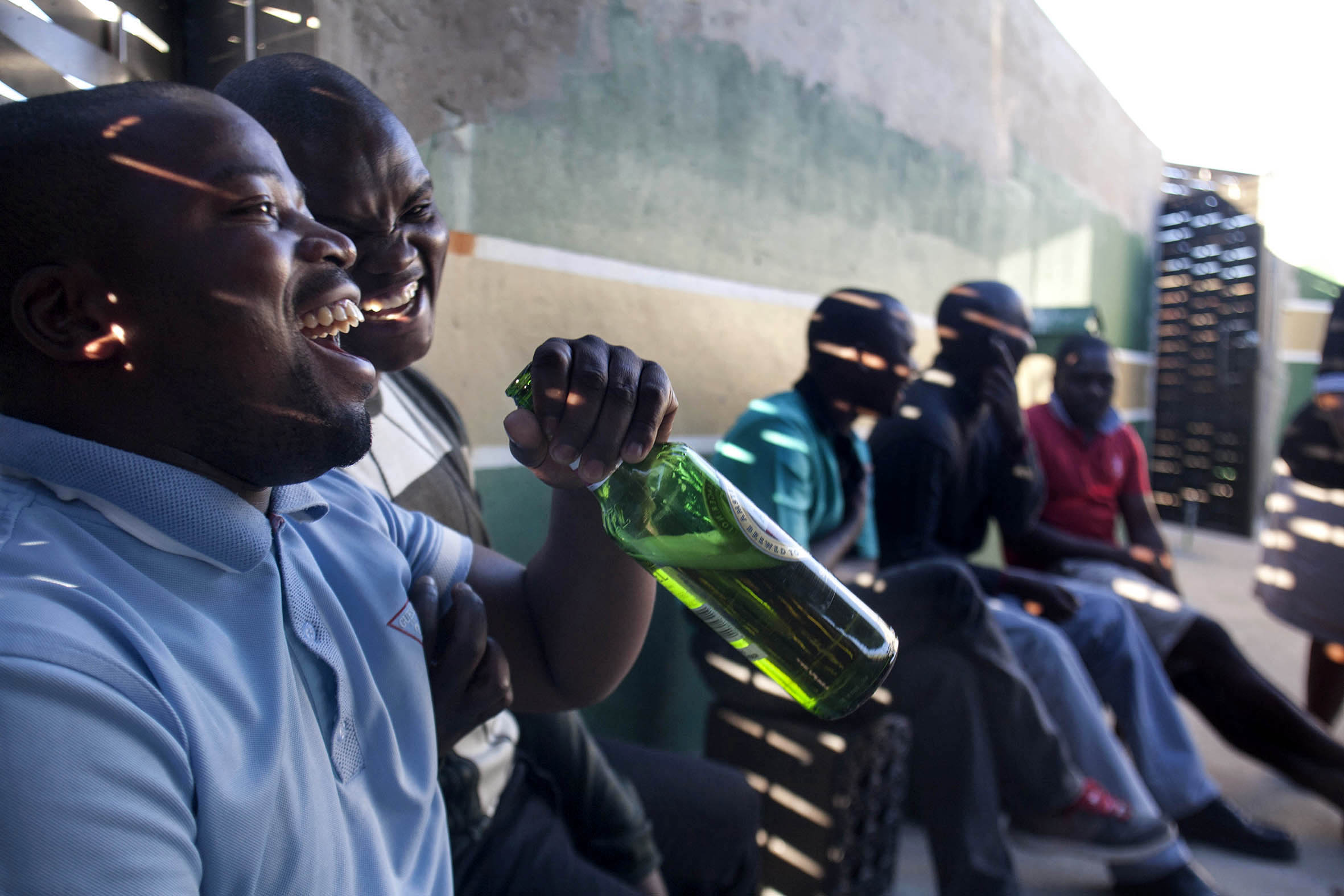 [On Fridays and Saturdays in Soweto akulalwa! (Oupa Nkosi/ M&G)]

We follow the hazy moonlight as it sails like trains moving from Dube to Mapetla. We move with ease like slow sips of black mashaya down the throat of a black labouring thirst. M’rembula turns the shebeen of the Bantustan into his indumba — sending fly mummies into a trancelike mapanstula, moving their feet to the rhythm of Meadowlands.

And Sundays. Yes, Sundays are the best days, because on these days Thuso Motaung spills unknown truths about the picturesque paradox of black lives living in black times.

On Sundays we all pray. From the sound of intsimbi that resounds through the church building to the loud bump and grind of umgongo at the local watering hole, we all pray for redemption from the ailing reality that has become our lives — for strength to face the pertinent terror of our every day. And we eat well; we eat like the Lord is on the way and we must make up for all that we’ve lost in the week that was.

On Sundays we sing. We laugh. We cry. We drink and we pray.