On April 6 2012, 15-year-old Don Steenkamp stormed into the Griekwastad police station, his face, hands and shirt covered in blood.

He told police in this Northern Cape town that his family had been the victims of a farm murder on their homestead, Naauwhoek. He claimed that he hid in the barn and returned to the house once the shooting stopped. His sister died in his arms.

But photographs of the scratch marks on his neck and his bloody, torn shirt served as evidence of his violent struggle with his 14-year-old sister, Marthella. Steenkamp was convicted of her rape and murder, and of murdering his mother and father.

In the Griekwastad murders, as with thousands of other criminal cases in South Africa, physical evidence proved crucial.

However, a contractual spat between the South African Police Service and a tech company — triggered by a corruption investigation by the Independent Police Investigative Directorate (Ipid) — threatens the admissibility of all evidence collected by the police and could undermine the functioning of the criminal justice system.

On Wednesday, the standing committee on public accounts (Scopa) held a third parliamentary hearing in as many months to deal with an Ipid investigation into alleged corrupt dealings by the former acting national police commissioner, Lieutenant-General Khomotso Phahlane. The director of tech company Forensic Data Analysts (FDA), Keith Keating, is accused of bribing Phahlane to facilitate the awarding of lucrative contracts to FDA for the supply of forensic services and hardware.

Through contracts with the State Information Technology Agency and directly with the police, Keating’s company provides the police with the technology that protects the evidence it collects from being lost or tampered with, boosting its ability to stand up in court.

The electronic system, which is used to manage all evidence countrywide, is known as the property exhibit control management system. FDA owns this system’s software licence. But in November, the police abruptly suspended payments to FDA for the system’s licence and maintenance fees, following a recommendation from Scopa emanating from the corruption allegations.

FDA denies the corruption allegations and says it adhered to the contract. During the parliamentary hearing, it emerged that FDA may suspend its evidence management system should accounts remain outstanding. If this were to occur, the electronic audit trail, which ensures that the prosecution can prove the evidence custody chain, would disappear from the police’s system.

FDA will, however, still have the data available. It will also be difficult for the police to locate specific evidence physically without the system.

Following Wednesday’s hearing, Scopa gave the State Information Technology Agency 14 days to report back on the process followed in cancelling the FDA contract.

The committee said it was “appalled that a sole company owned by an ex-policeman can hold the whole country to ransom by threatening the collapse of the criminal justice system if the state cancels this contract. This power should reside with the state, not an individual.”

But it is for the courts to decide whether FDA will be acting within its rights if it shuts down the evidence management system. According to legal expert Pierre de Vos, Scopa’s recommendations are not legally binding. The police and the State Information Technology Agency, however, may cancel a contract if they believe there are irregularities. 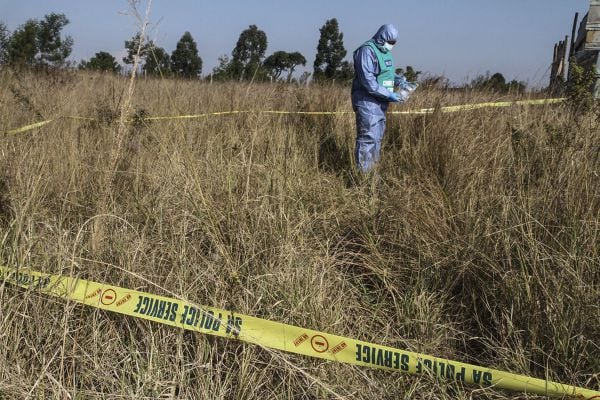 [Under threat: The collection and tracking of physical evidence is crucial to prosecuting criminals. The collapse of a police contract with a tech company could compromise several cases, (Elijar Mushiana/Sowetan/Gallo)]

But, says De Vos, there may be legal consequences: “Whether they have a right to cancel the contracts will be determined if it is ever challenged in a court of law.”

FDA said that it “wishes to maintain the existing contract, and to perform its obligations thereunder. FDA is at present also considering instituting legal proceedings to enforce compliance with the contract.”

Neither the police, the State Information Technology Agency nor Scopa had responded to the M&G’s questions by the time of publication.

The Property Exhibit Control Management system ensures that the evidence custody chain is preserved. The fingerprints of both the officer submitting evidence and the officer receiving it are needed before a unique barcode is generated.

The system also assigns the exhibit to a specific physical space within the storeroom. Without the barcode, it becomes near impossible to find the evidence connected to it. Whenever the exhibit is moved to court or a laboratory, the officer signing for the release of the evidence and the officer receiving it must scan their fingerprints. Through this the software creates an electronic audit trail of the exhibits. These logs serve as proof in court of the evidence’s integrity, making it harder for defence to challenge the chain of custody. — Heidi Swart