Taxman is eyeing your bitcoins

Tax and other agencies around the world are moving to better regulate and monitor them. Recently, tax authorities in the United States issued a summons on cryptocurrency exchange Coinbase. The US Inland Revenue Services obtained a court order forcing Coinbase to provide it with details of 13 000 accounts.

The company is a cryptocurrency exchange and wallet service provider, where people can trade and buy cryptocurrencies such as bitcoin, ethereum and litecoin.

Coinbase was ordered to hand over account details that included taxpayer identity documents, names, birth dates, addresses and historical transaction records for some higher-transacting customers during the period between 2013 and 2015, according to a statement by the company made last week. It “strongly encouraged” its clients who might have questions about their tax liability in this period to consult a tax adviser.

In South Africa, regulators are increasingly alive to the implications of cryptocurrencies for the financial and tax systems. 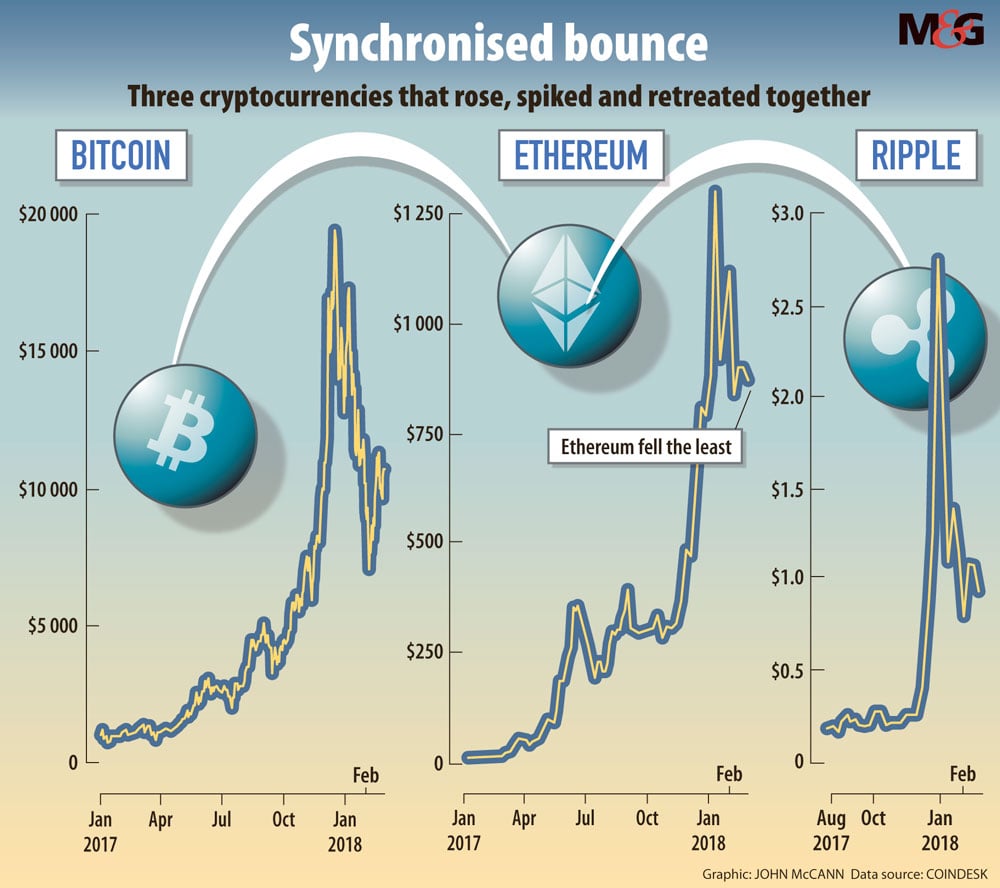 “The emergence of cryptocurrencies is a major development to which South Africa’s regulatory regime must respond,” then finance minister Malusi Gigaba said in his budget speech last week.

The treasury revealed in the Budget Review that, as part of planned tax law amendments, the government is considering how to treat cryptocurrency transactions.

At present, cryptocurrencies are subject to the provisions of tax law. But according to the Budget Review, they are viewed as a risk to the income tax system because “they are extremely volatile and their sustainability is uncertain”.

The supply of cryptocurrencies can also cause administrative difficulties relating to value-added tax, according to the review, so the state is proposing to amend the tax and VAT legislation.

Discussions about this will have to determine among other things whether to treat cryptocurrencies as a currency or as an asset, treasury officials said.

This is not an easy question to answer, said Andrew Wellsted, a director of tax at law firm Norton Rose Fulbright. Cryptocurrencies do not fit neatly into a particular asset class because they display properties of both, he said.

A cryptocurrency can act like a currency, because it can be used to pay for goods and services from anyone who accepts it as a payment. “But it can also act like an asset, because people are investing in it, not because they want to pay somebody but because they believe it’s a store of value, [or an] investment,” Wellsted said.

“It’s a challenging exercise to decide what [it is]. If it is a currency, it is taxed one way, and if it is an asset, it is taxed another.”

Another difficulty is whether a cryptocurrency should be viewed as a revenue asset and be subject to income tax, or as a capital asset and subject to capital gains tax, Wellsted said.

Tax practitioners are still debating these issues but Wellsted welcomed the announcement, because it will help to provide certainty.

He said it is likely there are many taxpayers who began dabbling in cryptocurrencies and now realise that there may be associated tax implications but are unsure about how to disclose this.

In 2014, the Reserve Bank released a position paper on virtual currencies but it did not provide sufficient clarity on whether their use could violate foreign exchange controls, Wellsted said.

He said many people might have circumvented exchange controls using cryptocurrencies. For instance, an individual could open wallets around the world and fund them by buying cryptocurrencies on a local exchange and transferring the coins to one of their other wallets. These kinds of transactions do not have to go through a commercial bank and there is no way for the Reserve Bank to monitor them, Wellsted said.

The bank does not “oversee, supervise or regulate” virtual currencies or cryptocurrencies, according to a statement on its website but it “is continuing its effort to monitor this area as it evolves”.

The Reserve Bank and other domestic financial sector regulators will publish a position paper on the evolving uses of private cryptocurrencies later this year.

Meanwhile, the Reserve Bank does not recognise cryptocurrencies as a means of payment and there is no legal protection or recourse for end users, traders or intermediaries of cryptocurrencies — they do so at their own risk.

In addition, regulations covering foreign exchange do not cater for virtual currencies and, from an exchange control point of view, the Reserve Bank’s financial surveillance department is unable to approve any transactions of this nature.

Nevertheless, according to the Reserve Bank, the only “permissible avenue” for buying virtual or cryptocurrencies from abroad is by using an individual’s single discretionary or individual foreign capital allowance.

There are wider efforts by authorities to understand the effect of financial technology (fintech) on South Africa’s financial and economic landscape. In 2016, the government established an intergovernmental working group on fintech and innovation, which includes the treasury, the Reserve Bank, the Financial Services Board and the Financial Intelligence Centre.

The group aims to ensure the prudent and sustainable development of fintech and its benefits, while mitigating potential social costs associated with such advancements, such as retrenchments.

This year, the group will meet several government departments, including the departments of home affairs and science and technology, to draft a financial innovation framework that introduces regulatory, financial and human capital incentives, and innovation zones.

Wirecard: When a few wealthy men put entire societies at...