Election call up for Mbeki, Motlanthe 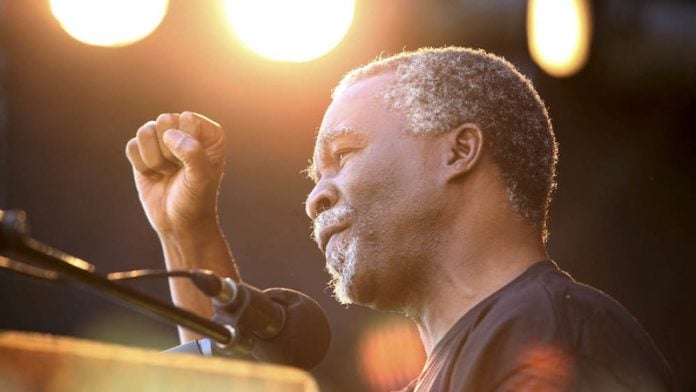 In a bid to halt its slide at the polls, the ANC wants its former presidents and other big guns to campaign for the party ahead of next year’s make or break general elections.

The party, which held a national executive committee (NEC) elections workshop over the weekend to map out its strategy for the 2019 poll, has already issued letters of invite to former presidents Thabo Mbeki, Kgalema Motlanthe and Jacob Zuma, to participate in ANC activities in the run-up to the national and provincial elections.

Last week secretary general Ace Magashule announced the new NEC head of elections, Fikile Mbalula, who will be working with the ANC organising head, Senzo Mchunu, in leading the campaign. The party is concerned about its loss of the Metro councils in Gauteng and the Eastern Cape in the 2016 local government elections, but hopes to capitalise on the change in mood among the electorate since Cyril Ramaphosa became ANC president in December.

In a letter sent to Mbeki on March 1, Magashule said: ‘’It is our pleasure to inform you of an NEC resolution to invite former presidents of the ANC to serve on the NEC as ex-officio members of the NEC.’’

‘’By virtue of you standing as a former president, we hereby formally extend this invitation to attend and fully participate in all meetings, programmes and activities of the NEC,’’ he said.

Zuma attended this weekend’s workshop, joining in discussions with fellow NEC members, while Thami Ntenteni, spokesperson for the Thabo Mbeki Foundation, said the former president, like Zuma recalled before the end of his second term, had received the invite this weekend.

‘’If the president is informed ahead of time and it doesn’t clash with other commitments he has, he is not averse to participating in activities of the ANC. He has said the same this himself in the past.

As a member of the ANC, as as a former president, he will participate in the activities of the organisation,’’ he said.

ANC spokesperson Pule Mabe said the party would take steps to ensure ‘seamless communication’ with the former presidents going forward as the party wanted their participation in its programmes to be successful.