The doors of Limpopo’s Enterprise factory in Polokwane remain shut after the health department confirmed on Sunday that the source of a listeriosis outbreak had been traced back to the facility. 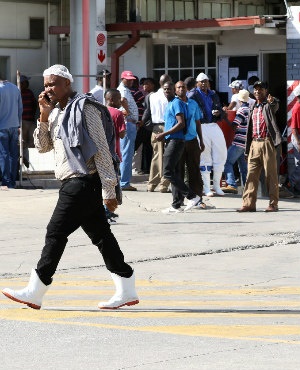 After a two hour meeting on Monday, management told workers that the factory would be closed until further notice.

Consumers who had gathered outside the factory’s shop on the outskirts of the CBD, to return affected products, expressed concern that they would not be refunded after they found a notice stating the premises would stay closed.

Seipe Rasethaba, a local businessman, was among those who drove to the factory to return recalled products. He had recently bought two refrigerators full of polony, russians and viennas worth more than R2 000.

“I am not selling today. The minister announced that we should return and not sell this products because they are dangerous,” said Rasethaba.

Like many others gathered at the shop, he expressed concern over how the latest developments would affect his business.

Mowana Magagane, who brought back polony and russians worth R200, asked how the factory could distribute contaminated food, putting consumers at risk.

Enterprise management later met with the customers and reassured them that they would be refunded.

The outbreak of listeriosis is one of the largest in the world, claiming 180 lives to date.—News24