Living with ghosts of Gukurahundi

I grew up in a small town in Zimbabwe’s Matebeleland. We all spoke Ndebele at home and at play, and English at school. But our community was made up of people from different tribes. 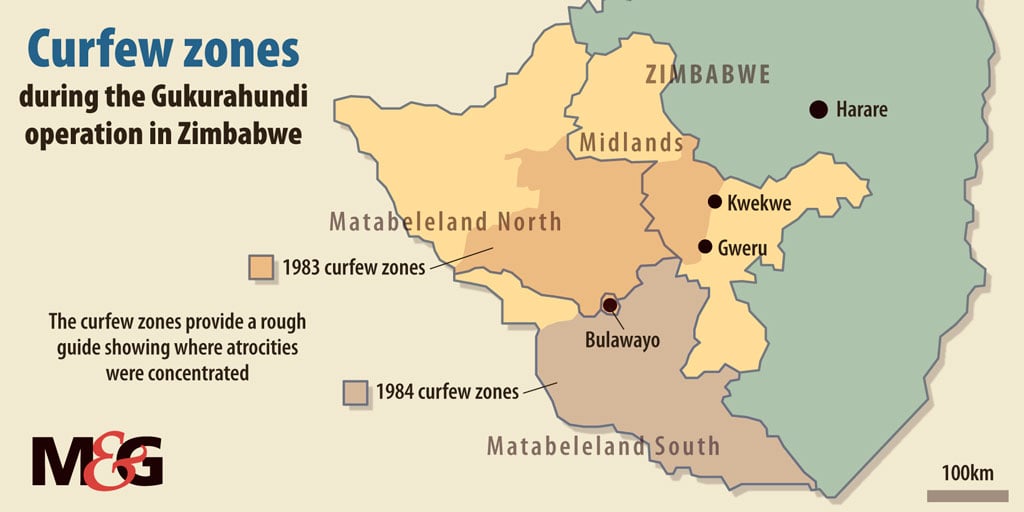 I had a Sesotho-speaking friend at school whose name was Kiitumetsi. My first best friend, Tsitsi, was Shona and her name means mercy. They spoke Shona at their home but, outside of it, they had to conform and speak Ndebele. My second best friend, Nancy Natsai, was also Shona but they spoke both Shona and Ndebele at home.

Before I turned 13, I could not speak a single word of Shona. I had never had to learn it because all my Shona friends could speak Ndebele perfectly. But when I turned 13, I started high school in the Midlands province. The language of choice when we were playing and for some teachers in the classroom was Shona. I found myself in the deep end and, to survive, both socially and academically, I had to get a grasp of the language. Before I knew it, I was fluent, and even managed to teach my little sister back home.

I had a terrible crush on a lanky, scrawny Shona boy called Collins during my first two years in high school. I was mad about him and spent all my time with him. I don’t know if the crush was mutual but we were best friends until it fizzled out.

My next crush was Aubrey Mazinyi. He was really cute but there was something about his teeth, though; either one was broken or he had a missing tooth. But, whenever I think of him, it’s his teeth that pop up. Aubrey was Shona too. Unfortunately he moved to another school and that was the end of our liaison.

I remember only two Ndebele boys from that time. One was sweet and babyish and the other dated my best friend, so they were never options for me. At 16, I was wooed by a coloured boy called Nigel. He won me over and became my first boyfriend. I dated him for all of 23 days. The poor boy kissed me in the school tuck shop, embarrassing me in front of everyone and I never forgave him for it.

I promptly replaced him with Sabelo, a cute Ndebele boy from back home, who was my first love. We were going to get married and have lots of kids together until he started hanging out with some other girl and my possessive Cancer nature could not handle it so I dumped him and immediately replaced him with my first Shingi.

This Shingi was a Shona boy, from Masvingo province, from where our president [Emmerson Mnangagwa] hails. He was kind, attentive, sweet and caring — all the things that spoke to my heart. I fell madly in love with him and, again, saw myself married with lots of babies.

During that time, my brother was accepted by the University of Fort Hare in South Africa and one night my dad calmly said to him as we were relaxing outside: “I hope you do not go there and bring us a Shona bride.”

What? I was startled — and even more so when my brother showed no surprise at the statement. I’m sure he just laughed it off or something.

Unfortunately, I have never been one to bottle up my thoughts and emotions so, when I saw I was the only one not getting the flow of conversation, I innocently said to my father: “Why not? What’s wrong with him marrying a Shona girl? He can’t help who he falls in love with!”

My father stood up and said: “If you want to respect me, you will not bring a Shona wife or husband into this family!” and off he went in a huff.

That was my first taste of tribal trouble. I am struggling to call it tribalism. It would be too blunt and too fixed a term because I cannot, with a clear conscience, call my father a tribalist. This is the man who taught me to love and respect everyone. This is the man who heard me teach my young sister Shona and did not once object to it. This is the man who let me pick a school in a Shona area, let me have Shona friends, let them into the house and never said a negative word about them.

It was difficult for me to understand. Clear as his position had been, I was left confused. I was also afraid of what it meant for my Shingi and me. After having picked my boyfriends “blindly” across tribe and race, I found myself with a fresh dilemma on my hands. In my young mind I had no doubt Shingi and I would get married, so I knew I had a problem. But I convinced myself that I was taking it all too seriously, that my father would eventually come around. I was sure of it.

A few years later, Shingi and I went to different universities and, at the first sign of trouble, I dumped him for my second Shingi: another Shona boy who had no time for my shy, small-town-girl nonsense and wasted no time knocking me up.

I found myself pregnant, in my first year in university, by a Shona boy.

The difficulty of the teenage pregnancy paled in comparison with the crime of being impregnated by a Shona boy. I hid the pregnancy for six months, until his family forced me to tell mine.

I wrote letters to two aunts and both were afraid to tell my dad the news. Eventually they told him and I hear he stormed out of the house without saying a word to anyone.

I was summoned home. When I got there, with my stomach bulging embarrassingly, and went to greet my father, he ignored me and left the room.

I have never known such pain as the pain I caused my family then. My mother was crying endlessly, from feeling helpless, I suppose. I sobbed uncontrollably for the entire few days I was at home. My father refused to speak to me. The whole scenario was heartbreaking.

Nobody cared that I was pregnant — that was not the problem. The trouble was why couldn’t I have picked a Ndebele boy to fool around with? Why a Shona boy?

Did I not know about Gukurahundi?