One thousand five hundred land claimants in the Nofingxana area, near Alice, were handed back land taken from them over a century ago.

Through the Likhaya Lethu Communal Property Association (CPA), the claimants are the proud owners of a portion of land in excess of 1 200 hectares adjacent to the Double Drift Game Reserve. The land was bought by the department of rural development and land reform as part of the land settlement.

The handover event earlier this month was attended by Eastern Cape premier Phumulo Masualle together with Minister of Environmental Affairs Edna Molewa and Eastern Cape MEC for economic development, environmental affairs and tourism, Sakhumzi Somyo, among other dignitaries.

Outlining the background to the beneficiation project, Molewa said the Nofingxana community was dispossessed of its residential and grazing rights as a result of the Natives Land Act of 1913 to make way for the establishment of the Double Drift Game Reserve, which forms part of the Great Fish Fish Nature Reserve. 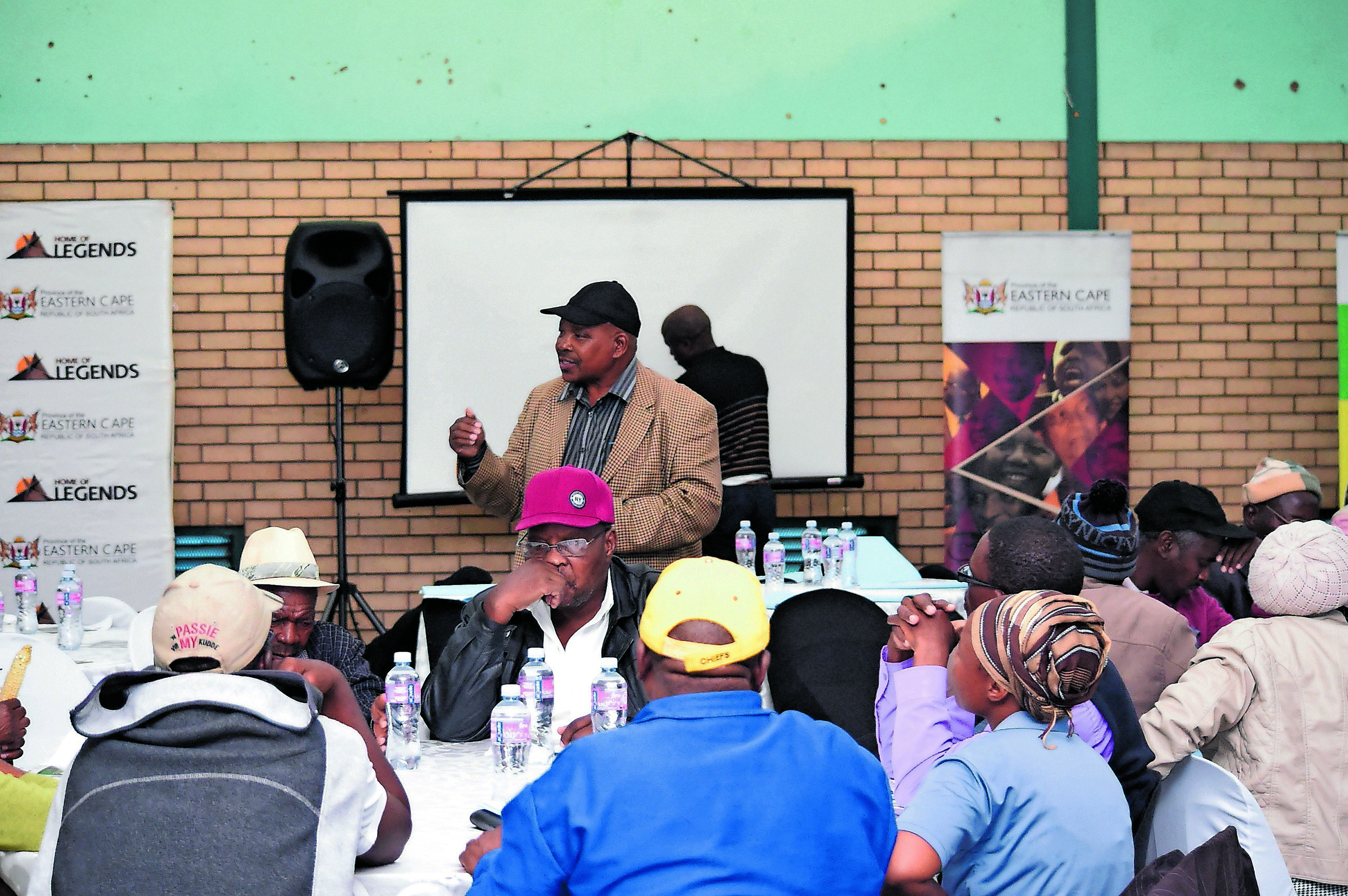 In an interview with the Mail & Guardian, Masualle said the land settlement deal was a significant step towards black participation in the tourism sector and for promoting biodiversity.

“As government we are excited about this milestone. It is a significant step in terms of [the] conversation on land reform that is currently taking place, and also promotes black participation and ownership in terms of the tourism sector. Also the provincial government through the Eastern Cape Parks and Tourism Agency (ECPTA) donated game to them, which gives them an attractive proposition in terms of business. Some of the plant species there have significant medicinal properties. Pelargonium is known to be [of] use in some medicines and is in demand in the pharmaceutical industry. So if they can sustainably use that, they can become players in that industry as well,” said Masualle.

He furthermore commended the community for opting to take back land versus money, and said government support would provide the community with a good start. “The facility is developed to compete fairly with other game reserves. Funding through the department of environmental affairs (DEA) and the province totalling about R21-million was committed to support Likhaya Lethu CPA,” said Masualle, adding that the community received 10 mountain zebras and 20 blesboks.

In voicing support for government’s land expropriation programme, Masualle addressed traditional leaders, citing Bhambatha caMancinza, who was killed by British troops “as a warning to other would-be ‘provocateurs’, and to send a clear message to never dare speak about land for the indigenous people”.

He said the land issue should be seen in the light of the historical context of land dispossession.

“The skewed patterns of land ownership and an economy that the majority of our people are still largely locked out of some 24 years after the dawn of democracy is the real making for economic failure. The status quo, rather than land reform in our country, is the real recipe for social instability.”

Masualle added that there was no need for markets to view land expropriation without compensation as a negative.

“A diligently managed land reform programme, even with legislated expropriation of land without compensation, would ensure national food security is uncompromised. It will ensure that our country’s agricultural sector, a significant employer and contributor to the national GDP, is secured.”

In the context of the country celebrating the centenary of “legends” Nelson Mandela and Albertina Sisulu, who were both born in the Eastern Cape, Masualle said South Africans should remember that Frantz Fanon in his famous book, The Wretched of the Earth, said: “Each generation shall, from its relative obscurity, discover its mission, [and] fulfil it or betray it.”

He said Mandela and Sisulu played a significant role in fulfilling their generation’s mission and their “contribution in ushering [in] a democratic South Africa and restoring the human dignity of the oppressed, will forever be etched in golden letters in the hearts and minds of all South Africans”.

According to the DEA, the Nofingxana community, which was dispossessed of land in 1913, lodged a land claim that was settled in 2012, and Likhaya Lethu CPA was established.

“The CPA should allow the land to be optimally utilised through conservation and business principles. Young people should be given space to come [up] with great innovations within the wildlife economy space, that will see the creations of jobs and ultimately the upliftment of your community.” 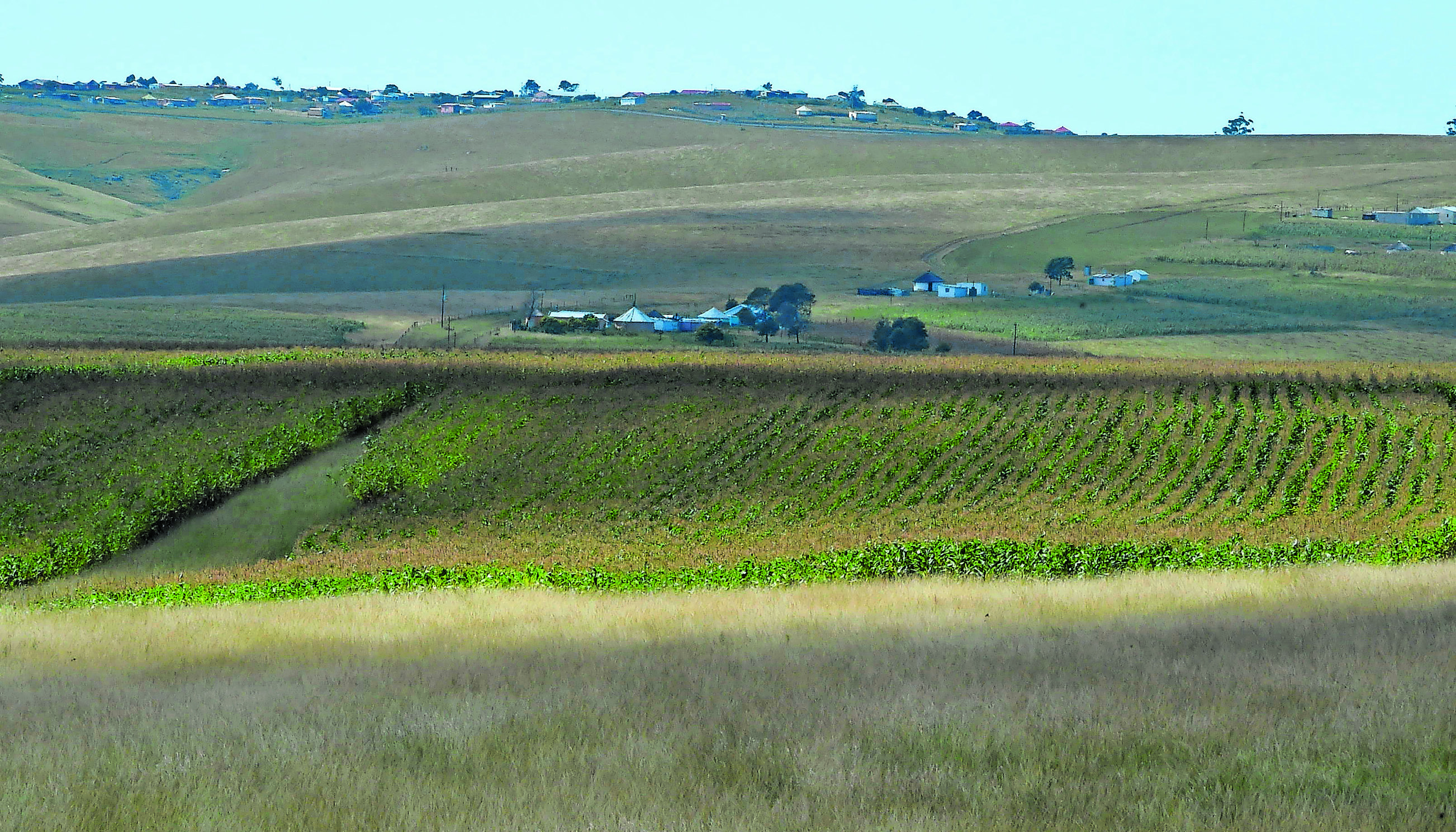 The land expropriation programme should be seen in the light of historical land dispossession, according to Minister of Environmental Affairs Edna Molewa

The Likhaya Lethu CPA was funded R6-million by the DEA to develop a wildlife economy business venture on the farm Naudeshoek. The funding was used to erect a 10km game fence, the construction of rangers’ and hunters’ accommodation, the construction of the Buffalo Holding Boma, and training and development of community members, among other things. The construction phase created 61 job opportunities for the community.

The area is endowed with a diversity of indigenous plants, including Aloe Ferox and Pelargonium, which are presently being harvested informally by the local community, said Molewa.

“The Eastern Cape province has confirmed that the Greater Amathole Biodiversity Economy Node, which extends to the Great Fish River Nature Reserve, is a development priority for the district,” she said.

As part of the Biodiversity Economy initiatives, government intends investing in a multi-purpose processing plant in the Amathole district area, and to do the same in other districts within the province. This will require close co-operation between communities, government and industry, through Community Public-Private Partnerships.

“It is also important to note that we have already appointed a team of transaction advisors who will be working closely with the people of the Eastern Cape on the issues relating to and particularly the exploitation of community members. These are situations where community members are reduced to becoming tappers and harvesters of genetic resources, with little revenue received in exchange,” said Molewa.

The community beneficiation will include extensive game breeding of high value and plain game species for live sales; beneficiation of products such as game meat, product development from skin and hides, and ecotourism activities such as accommodation.

The formal programme of the launch was preceded by the release of game donated by the ECPTA as part of the implementation of their Game Industry Transformation Policy. The support from the ECPTA also includes mentorship as part of the co-management agreement signed in 2016 with the community.