A major shake-up is on the cards at the department of mineral resources.

Newly appointed minister Gwede Mantashe is mulling over the removal his director general, Thabo Mokoena, and he has set a bold target for completing negotiations on the controversial Mining Charter and passing the Mineral Petroleum Resources Development Amendment Bill by July this year. 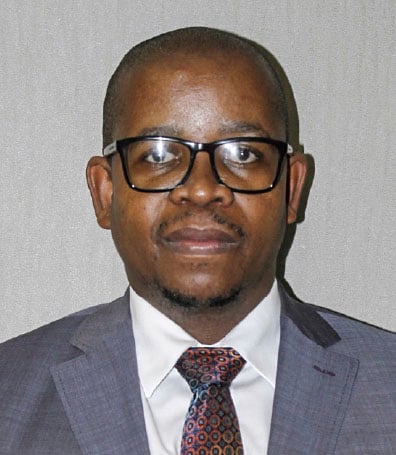 There are calls from unions for Mantashe to remove Mokoena, who was brought in by the former minister, Mosebenzi Zwane.

One of the frontrunners to replace Mokoena is former mining deputy director general and current chief executive of the Council for GeoSciences, Mosa Mabuza.

At a meeting last weekend between mining bosses, unions and the department, trade union Solidarity, among others, asked Mantashe to review Zwane’s appointments.

Among the concerns raised about Mokoena was his handling of the hastily reconfigured Mining Charter and section 54 stoppages. Section 54 of the Mine Health and Safety Act of 1996 empowers the government to stop operations at any mine over safety concerns.

A participant at the meeting said Mokoena was silenced by Mantashe’s deputy, Godfrey Oliphant. “The DG was so weak. At one stage, he had to do a presentation and Oliphant silenced him and said, ‘Listen, we are all going to fall asleep here’. Oliphant literally stopped him and took over. The DG was really unimpressive.”

Another senior mining executive said: “If you look at the dynamic discussions that took place and you look at this uninspiring talk [by Mokoena], his presentation showed me there’s a weak link on government’s side.”

This week, Mantashe said he would address the issue of low morale and investigate the alleged abuse of section 54. This follows claims by mining companies that departmental officials misuse the section’s discretion to close a mine by doing so without valid safety concerns.

In October last year, Zwane was accused of sending his inspectors to close down the Royal Bafokeng Rasimone Platinum mine in Rustenburg after the company announced its intention to cut ties with Gupta-linked Aforika Borwa Mining Solutions.

Zwane’s section 54 notice cited protruding roof bolts, poor ventilation and substandard rails as the reasons for closing down the mine.

“There are many senior managers who are acting and we must address the issue, confirm people to the position so that staff morale can be uplifted,” Mantashe said. “When I talk about section 54, it should not be used to manipulate.”

Democratic Alliance minerals spokesperson James Lorimer said the industry was looking forward to the end of Zwane’s era in the department and the removal of his loyalists.

“We certainly hope the crookery of Zwane’s tenure will disappear,” he said. “But they still have the DG [director general] there that was put by Zwane, and deputy director positions were changed under Zwane.”

Mining executives and unions would like Mabuza to replace Mokoena because Mabuza helped to formulate Mining Charter Two, the document the Chamber of Mines, unions and mining communities wanted the negotiations to be based on.

The purpose of the weekend’s meeting was to discuss the Mining Charter negotiations and the amendment Bill, which Mantashe is still confident he can wrap up in five months. The meeting resolved to set up two task teams to formulate a new charter and to go on a roadshow to consult people living in mining areas.

Representatives for the mining communities were not at this weekend’s meeting. The Mining Affected Communities United in Action (Macua) has already warned that it will return to court if its members are not adequately consulted. Macua secured a high court order last month compelling the government to include mining communities in the formulation of the charter.

“The court order was very specific that mining communities and applicants must be part of the  formulation. Why is he [Mantashe] ignoring the court order? It is not his prerogative to consult with the communities,” Macua and ActionAid South Africa member Christopher Rutledge said.

At his press briefing this week, Mantashe said the government could drop the 1% levy to be paid to black economic empowerment (BEE) shareholders before other dividends are paid out. This proposal was driven by Zwane but the Chamber of Mines said it was unconstitutional and took the matter to the high court.

The chamber withdrew the challenge after meeting Cyril Ramaphosa to discuss the charter a day after he was sworn in as president.

Mantashe said there was no opposition to the 30% black ownership target. “The 30% was not an issue over this weekend from anybody, including the Chamber of Mines. Whether we will ever revise that issue is ongoing,” he said.

The government had also not yet decided whether it would increase that target during the next five years, Mantashe said. “[The] 30% is not substantial … My argument is 30%. If we agree on it, let’s meet it and comply. If we grow it, it should be an issue that happens systematically.”

But the NUM has raised concerns about how the 30% ownership will be divided. “We had a concern about the distribution of the black empowerment portion to the 30% — 14% entrepreneurs, 8% workers, 8% communities was the division proposed by Zwane. NUM says it should be 10% split three ways,” Sipunzi said.

The real sticking point in negotiations would be the “once empowered, always empowered” clause in the amendment Bill, unions said this week. According to the clause, companies would lose their BEE status when a black shareholder sold shares to a white person.

At the meeting, the department and mine bosses indicated they could agree to the 30% black ownership targets in the charter if the government compromised on the clause.

“The alternative or the middle ground is giving them a reasonable time, three years, after they lose their BEE partner to give them an opportunity to find a replacement [instead of the current one year proposed]. That is where the settlement lies,” Du Plessis said.

Sipunzi said the NUM believed a company’s BEE status should be scrapped immediately after its black shareholder sells to a white shareholder.

“We are aligned with the minister’s thinking that transformation, competitiveness and growth are, and should be, mutually reinforcing goals. These imperatives are not at odds with each other,” she said.