South Africa should care about the US-China trade turf 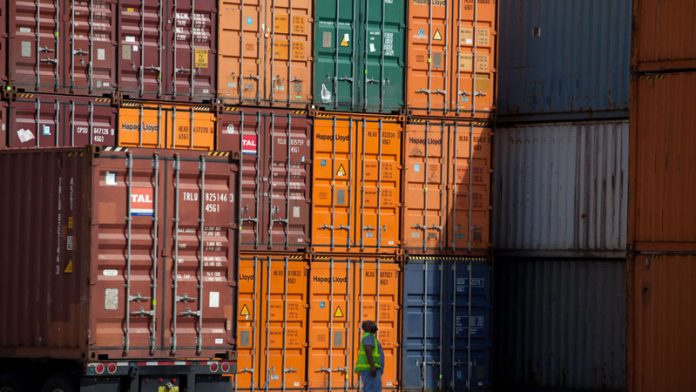 South Africa has found itself in the middle of a potential trade war between the United States and China. As the old adage goes ― when two elephants fight, it is the grass that gets trampled. In this case, it will be smaller countries who could bear the brunt.

The proclamation imposes a 25% duty on steel and 10% on aluminium imports from 12 countries ― namely Italy, Korea, Spain, Turkey, Egypt, India, Malaysia, Russia, South Korea, Thailand, Vietnam as well as South Africa ― which are viewed as threats to US national security, according to a report by US Secretary of Commerce.

Brooks Spector, an associate editor at the Daily Maverick, told the Mail & Guardian that Trump has never believed in multilateral trade agreements and a country like South Africa has never been seen as a close enough ally to the US and thus did not get exempted.

“There has been a view by the Trump administration that … steel has been exported to the US at prices lower than the cost of production and the cost of steel manufactured in the US. As a result, American steel manufacturers have faced an unequal battle and have progressively, in some cases, gone out of business,” he said.

On Monday minister of trade and industry Rob Davies held a media briefing to provide details on the issue. “We believe we have made a strong case and it is now up to the president of the US to decide,” Davies says, referring to the submission South Africa made to have the steel tariffs lifted.

He said that South Africa’s submission to the US was made through United States trade representative Robert Lighthizer after holding a teleconference with the country’s ambassador to the US, Mninwa Mahlangu, on the issue.

South Africa expects to receive a decision by the US president on its steel exemption at the end of April.

Davies said that, although he cannot comment on whether he thinks South Africa will be granted the exemption, South Africa’s steel exports to the US make up a small portion compared to the total imports by the US. He estimated South Africa’s share totalled 1.6% of aluminium imports into the US and 0.3% of steel.

“There are a number of things that would be looked at to see if South Africa could be exempted and these include ― are we prepared to accept or negotiate a quota? What are we doing to deal with the global steel glut?” Davies added. “They also wanted to be assured that if we were going to get any kind of slack, we were not going to be a gateway to transhipment of products from other countries.”

The potential loss of jobs in South Africa was a huge concern for Davies. “There are a number of companies that could be significantly affected and quite a few thousand jobs that could be at risk from the implementation of these measures”.

Donald MacKay, director of XA International Trade Advisors and Stratalyze, warned that President Trump’s action will have negative implications for a country such as South Africa.

“Steel is a product traded globally, imported and exported and the biggest problem is that when you shut down access to the US, which is large consumer of steel, that stuff has to go elsewhere and the question is where … and some of it might end up here but more so the knock over effect might be problematic,” said MacKay. “The bigger the country and the market, the bigger the consequence … and in the case of the US steel duties, the implications will most profoundly be felt by the rest of the world”.

After granting some countries exemption, on the condition they accept import quotas, Trump said: “Any country not listed in this proclamation with which we have a security relationship remains welcome to discuss with the United States alternative ways to address the threatened impairment of the national security caused by imports of steel articles from that country.”

He explained that South Africa had intentions to sign and will sign the trade agreement once the relevant processes have been concluded.

“Different countries have different constitutional and legal requirements. As South Africa we have a high bar, we do not sign anything where there are appendices and annexes”.

Every trade agreement has to be seen by a lawyer at the department of international relations and cooperation as well as the department of constitutional development and justice accompanied by a presidential minute, said Davies.