Dealing with social ills, focusing on high-impact ocean industries and implementing ICT in schools were some of the solutions Eastern Cape high school students highlighted in their debate of premier Phumulo Masualle’s state of the province address (Sopa).

Grade 11 and 12 high school students debated Masualle’s address in the legislature recently, calling on the provincial government to focus on the strengths of the province to boost its economic prospects.

“The Eastern Cape’s coastline is the most underused resource that the province has. This is because of the comfort of accepting the status quo, and a generally poor understanding of how effective a well-managed coastline can be,” she said. 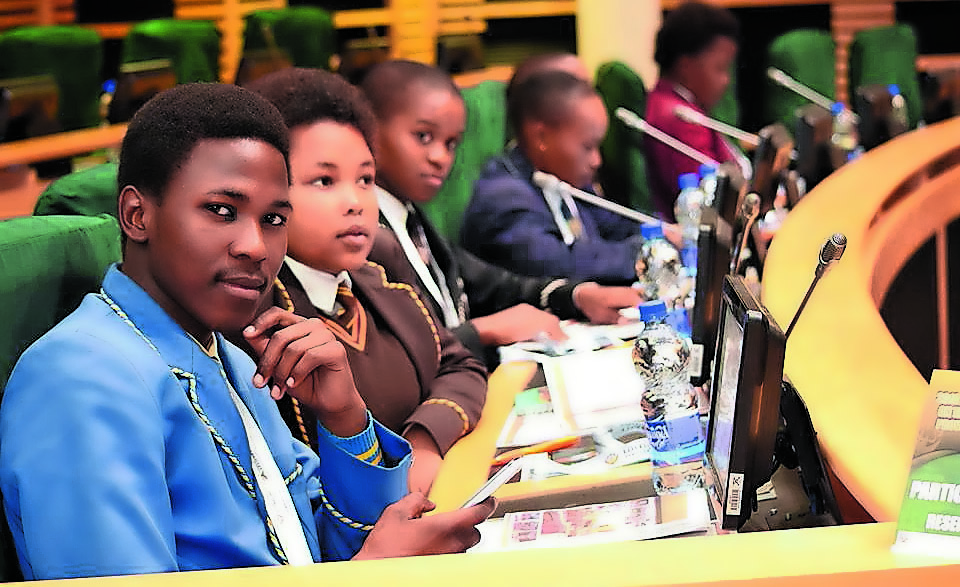 Stofile further highlighted that the province is “perfectly positioned to take advantage of the new interest in maritime economy”, with 800km of coastline, three ports (Port Elizabeth, East London and Ngqura), two industrial development zones and an academic community geared to maritime research. Yet, with all these resources, the province is not creating as many jobs as it potentially could from the ocean.

“In his speech the premier highlighted that in the past year, only 128 young people benefited from this coastline. There had been an age restriction and only people aged between 18 and 25 benefited; others were segregated. I expected to hear more about how this mammoth coastline benefited its people. Not just a few individuals, but communities. The premier also did not touch on how this coastline would have been more beneficial had it been effectively and well managed,” said Stofile.

She added that the areas outside the major economic hubs of the province were still marginalised.

“The Eastern Cape coastline has already produced amazing economic benefits for East London and Port Elizabeth, yet in the most underdeveloped areas like Coffee Bay and Port St Johns where this prosperity is needed the most, great negligence had been experienced. Why not let all the children of the Eastern Cape drink from the same river of prosperity?”

Stofile zoomed in on Operation Phakisa, a government programme meant to boost economic growth and create jobs in multiple sectors, with emphasis on the ocean’s economy. She said that this programme so far was not creating jobs at the pace that was promised.

“According to how Operation Phakisa was pitched, an estimation of one million jobs would be created by the year 2033, yet an entire year passed and only 128 jobs have been created. Our blue economy can contribute to food security, poverty eradication and improve livelihoods for the people of the province,” she said.

Union High School learner Aletta Sividi said technology could be the answer to boosting development and advancement in the province.

“From hospitals to homes, from homes to railways, and even in church we can feel the grace of the driver of our lives that is technology,” she said. “Technology has become our oxygen, without which we can’t survive in this dynamic new world. The only way in which South African children can move with the world into the technological future is by bringing in efficient ICT into education.”

Sividi said that in his Sopa, Masualle indicated his plans for ICT best translation in education. She said the premier and his team had made headway from 2014 onwards with telematics programmes in schools. She commended the province for the ICT e-learning programme launched in 2016 for 560 schools in Libode (near Port St Johns). She added that although in 2017 laptops for connectivity facilities were given to principals and administrative staff in schools, the basics still needed to be fixed.

“These are indeed great steps leading to the progress of the Eastern Cape in the digital world. But are we moving far and fast enough? Are the above-mentioned plans being implemented properly? No, this is definitely not the case,” said Sividi. 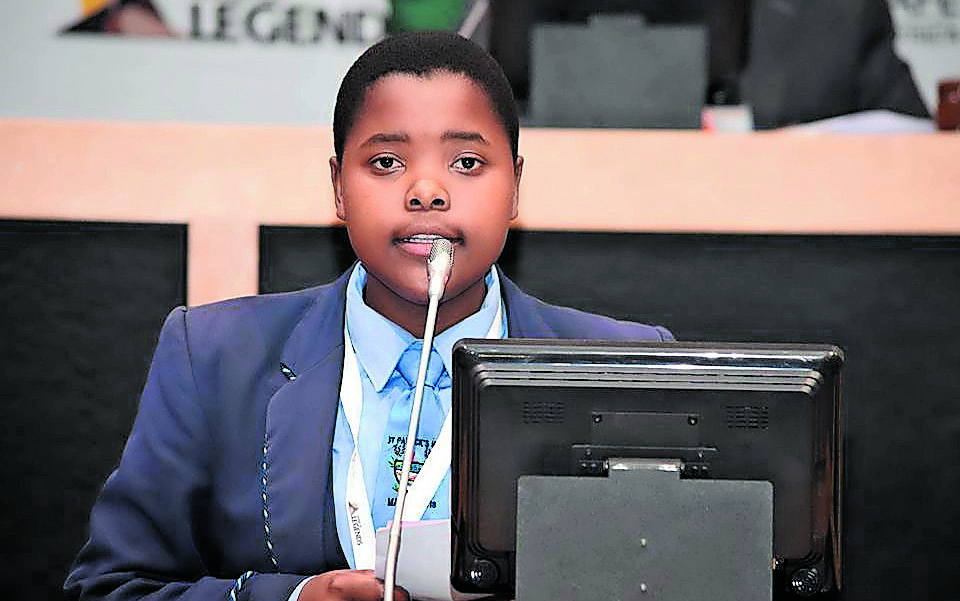 “Stats released by City Press on the March 7 2016 show that 187 schools in the Eastern Cape had no electricity and over 30% of our schools had connectivity problems. According to News24 on Feb 6 2017, about 31% of Eastern Cape schools had poor infrastructure. How is it possible for schools without these facilities to keep and use the given equipment? Aren’t the strategies the government has implemented without first fixing the basics just a waste of money?”

Sividi said the province could take some steps to keep moving with the global community. “With the help of the private sector more investment should be made in power infrastructure, network infrastructure and building infrastructure.”

She said proper ICT training should be given to school management so that they can run effective ICT-based schooling. She further called on managers in education districts in the province to take monitoring of schools more seriously.

“[Basic Education] Minister Angie Motshekga recently said only 17% of the district officials from the Eastern Cape do school monitoring compared to 67% in the Western Cape. So the province must put pressure on district officials to do more school monitoring and make sure that ICT programmes are implemented properly. It’s also very important for our education experts to visit other developing countries such as India, where over 90% of education is ICT based. This will definitely give them ideas about how to implement efficient ICT education in schools,” she said.

“The university dropout rate among students of the Eastern Cape is sky high, due to the technologically advanced lectures with which students simply cannot cope. ICT courses should be made compulsory in schools from grades 10 to 12.”

Faith Ameleng Mongolose said development in the Eastern Cape has been affected by a number of prevailing social ills such as alcohol and substance abuse.

“The use of drugs has led to an increase in crime, human trafficking and a decrease in development. Among teenagers and adolescents it leads to high number of dropouts and since these dropouts have nothing to do, they get involved in crime. It also impacts negatively on families’ financial status, especially those who come from financially disadvantaged families, because such families invest their every last penny on the child, and when they drop out their money goes down the drain. Families who are under the influence of [drug] abuse are usually isolated,” she said.

“One possible solution to overcome these problems is to close shebeens that are near schools. More rehabilitation centres should be established and supported with [sufficient] resources to ensure addicts do not relapse.”

Masualle commended students who participated in the schools Sopa debate for the high level of thought they put into their speeches.

The schools debate took place in the Bhisho legislature and formed part of Masualle’s post-Sopa engagements, with students from various schools around the province participating.

Prior to the schools debate, Masualle engaged with the Eastern Cape House of Traditional Leaders (ECHTL) as well as Members of the Provincial Legislature (MPL) on different occasions.

“I had a duty to come to the legislature to have a formal debate to respond to the address. No offence, when I went to the ECHTL to do the same, I found the quality of engagement [here] a lot different and better. But I could only say to them it’s possibly because you come with non-partisan political basis. You are only keen on the interests of the people you serve,” said Masualle.

He added that he felt the same way about the schools debate, saying that it had little “political point scoring” which has significant bearing on the meaningfulness of the debate.

“This (schools) debate is more meaningful. As government, the things that we seek are not for us, but are meant for the people we serve. Sometimes we talk past each other. The way you have dissected the Sopa has been a lesson even to me. I look back and smile at the fact that actually we have a much brighter future if our youth intimately understand this much about what we are talking about. That’s the kind of dialogue we need in a developmental trajectory,” said Masualle.

He said while debate was important in a democracy, parties needed to be critical, with the objectives of moving forward and building the nation.

He added that the topics that had been picked up and commented upon were relevant. “They speak to what troubles us as a society. Thank you very much for that. I am very pleased and inspired by the degree to which you have attached meaning to the Sopa,” said Masualle.