Providing new solutions for mining R&D and improving manufacturing capabilities within South Africa is vital to drive the sector forward. The need for open innovation with collaboration between multiple parties will reconstitute the industry, enabling it to operate at its former peak.

The South African government and the mining industry have implemented a number of initiatives as part of the Mining Phakisa, in view of the urgency and importance of improving the competitiveness of South Africa’s mining sector.

One of the Mining Phakisa workstreams focuses on the revitalisation of research, development and innovation (RDI) in mining and mining equipment manufacturing in South Africa through the execution of the South African Mining Extraction RDI (Samerdi) Strategy, which is co-funded by the department of science and technology and the Chamber of Mines. The initiative is aimed at materially improving the technological base of mining in South Africa.

The Council for Scientific and Industrial Research (CSIR) is implementing the Samerdi strategy using a hub-and-spokes model, with the hub based at the Mandela Mining Precinct, and the Universities of Johannesburg, Pretoria and the Witwatersrand serving as spokes.

The CSIR’s Mining R&D Precinct, located in Melville, Johannesburg, is the ideal space to drive this forward.

Minister of Science and Technology Mmamoloko Kubayi-Ngubane will launch the facility, which is a partnership between the department of science and technology, the department of trade and industry and the Chamber of Mines, on May 4. The initiative is aimed at reviving the flagging mining sector.

This year South Africa is celebrating the centenary of former president Nelson Mandela and as a tribute to Madiba, the facility will be renamed the Mandela Mining Precinct. Like Madiba’s legacy, the facility is aimed at bringing people together to work on challenges, in this case, the obstacles facing the mining sector, and to propel this change forward.

The management of the facility reflects the public-private partnership, with government being represented by the CSIR and industry by the Chamber of Mines. 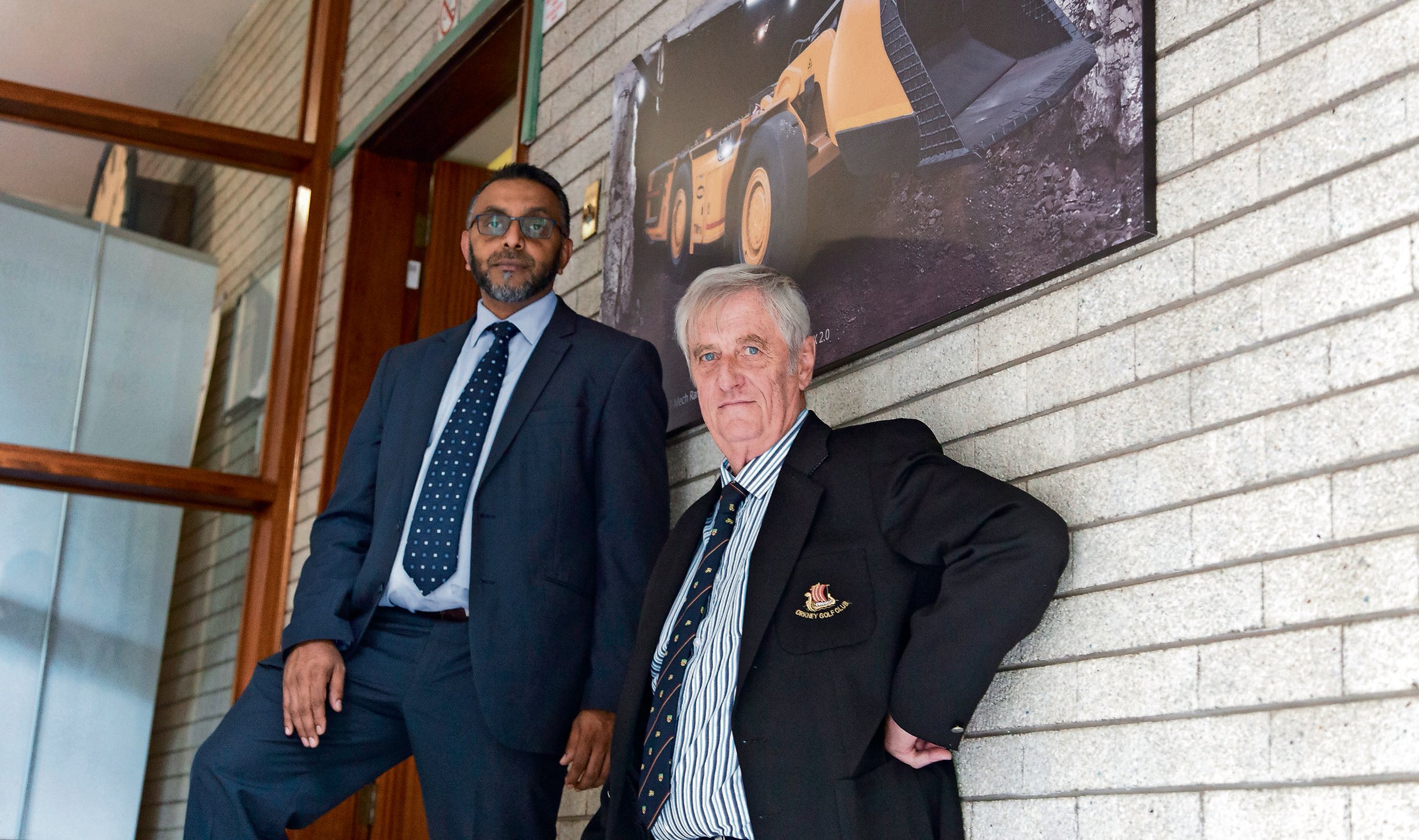 CSIR manager for mining and mineral resources Navin Singh notes that: “South Africa is a mineral-rich nation, but needs to adapt to changing times in order to keep up with the demands of global players. There are challenges that continue to plague the industry and put people at risk.”

Memsa (Mining Equipment Manufacturers of South Africa) will also be launched on May 4; its aim is to pull together manufacturing players and work on improving their capabilities. This will improve the nation’s export capabilities into Africa and beyond, ultimately increasing the country’s global competitiveness.

The Mandela Mining Precinct will address many issues in the sector, but its primary focus is on the health and safety of mineworkers. The new logo design is indicative of the role each player along the value chain will have in supporting the industry and the people working within it.

South Africa previously had a strong base for mining R&D, which peaked between the 1970s and the 1990s. However, research capacity dwindled over the years due to lack of funding and support. The R&D space became very fragmented as entities in the space competed for the few available resources in order to merely exist. The mining industry has suffered severe job losses and experienced various other challenges such as low commodity prices. Change became inevitable.

The precinct is focused on supporting innovation in South Africa and providing solutions to problems to help develop the industry. It will have capabilities in mine safety, mechanisation, automated post-mining landscapes and borehole radar, among others.The multifaceted approach will encompass other divisions as it strives to address challenges in the sector.

“Through partnerships, the research programmes developed are based on industry requirements such as those within the mining extraction phase of the value chain. They previously couldn’t be developed due to lack of funding,” says Alastair MacFarlane, the Chamber of Mines representative at management level.

Samerdi has served as the basis for what the precinct will try to achieve. The programme aims to address the challenges of modernising mining conditions, and researches extending the lifespan of mines through mechanisation in order to sustain jobs.

Health and Safety continues to be a big challenge in the sector. Obtaining a target of zero harm and zero fatalities by 2024 is top of the agenda; the current figures sit at under 100 deaths per year in all types of mining in South Africa.

The allocated budget for mining R&D was just R5-million in 2015, but the department of science and technology has now allocated R210-million over a three-year period. Major players in the industry have also pledged to contribute R1 for every R2 issued by government, which translates into around R100-million over the next three years. This will significantly improve its relevance and impact in a variety of ways.

MacFarlane notes: “Our value is going to be measured not just by our research outputs, but also by the contribution that we make to the industry and the way the industry sees us. We will help to establish an ecosystem in which networks and collaborations are facilitated, with a vested interest in the outcomes.”

Singh adds that driving mining R&D requires a critical mass. The short- and long-term objectives must be clear: “In the short term, we [will] look at creating some opportunities for graduates to develop and move into industries and also strengthen relationships with universities to overcome historical disadvantages — especially in the Eastern Cape and Limpopo provinces — which send a lot of people to the mines. Centres of excellence in terms of manufacturing are core for us.

“Post-mining activities, in which we start to support both underground and above the ground activities for medium-term plans, are also important. Long term, we want to be the go-to place, not limited to South Africa. We want to become that global power – how we used to be in the past for solving problems.”

The public-private partnership between government and industry allows all entities to contribute to the sector’s success, by holding each other accountable and driving the mining industry forward together.

Is the ANC’s corrective action too little too late?