Al-Noor Othman, a farmer in Sudan’s South Kordofan province, was hoping for a good harvest. He had bills to pay.

His father needed glaucoma surgery on his left eye and he was saving up for his wedding.

But there would be no harvest that season. “One cloudy morning [in 2008], I saw some people dividing our farm, claiming that we have not paid the fees of the ownership renewal — even though we inherited the land; we used to live in a part of it and farm the other area. But overnight we became homeless,” Othman told Ayin.

The Othmans were one of 500 families forced to leave their land to make way for the Habilla Agricultural Project, east of Dilling city. He felt helpless — until he became a rebel.

Othman joined an armed movement operating from the South Kordofan and Blue Nile states, to protect his land from further pillage.

Sudan is one of the “leading” countries in which authorities confiscate land from citizens, according to the World Bank. Between 2004 and 2013, roughly four million hectares of land was redistributed to local and foreign investors.

In Sudan, authorities have used the widespread lack of official ownership documents to capture private land and redistribute it to foreign investors, government, military officials and businessmen close to the government, according to a report by the Sudan Democracy First Group.

The state most affected by this policy in Sudan is South Kordofan, home of the Nuba people in the Nuba Mountains, who have fought a protracted war with Khartoum since 2011. Although not the only factor, land grabbing is a major cause of the conflict.

State-sponsored land confiscations in Sudan are not new — nor is armed resistance to them.

During the 1980s, the Nuba people resisted the central government’s land policies underJaafar al-Nimeiry, a general who became president after a military coup in 1969, according to a former adviser to the government of South Kordofan State, Mohammad Mariud.

South Kordofan is one of Sudan’s largest states, and also one of the most fertile. Jumaa Kunda, of the University of Bahri, said that 35% of Sudan’s farmlands are here. Cotton used to be the leading crop but now sesame, other cereals and oil seeds are the state’s main harvest.

Traditionally among the Nuba and other ethnic groups in Sudan, land is owned by the community without any central government registration. Property is used communally or allocated through lineage.

But Hassan al-Turabi, who became minister of justice in 1988, issued a decree to transfer land ownership of unregistered lands to the government. And, under the Unregistered Land Act of 1970 and the Civil Transaction Act of 1984, the authorities are able to protect government land.

“The legislation proved more repressive than colonial laws, entitling the government to use force in safeguarding land and encouraging the accumulation of land by a minority of rich investors — both local and foreign,” according to historian Mona Ayoub of the University of Khartoum.

The law was often discriminatory in its application, Mariud said. Authorities allowed civilians in northern Sudan to keep their land but unregistered land in areas in western Sudan, including Darfur and South Kordofan, faced state land acquisition. The law also prohibits any recourse to the legal system for civilians who have been forcefully evicted or displaced. 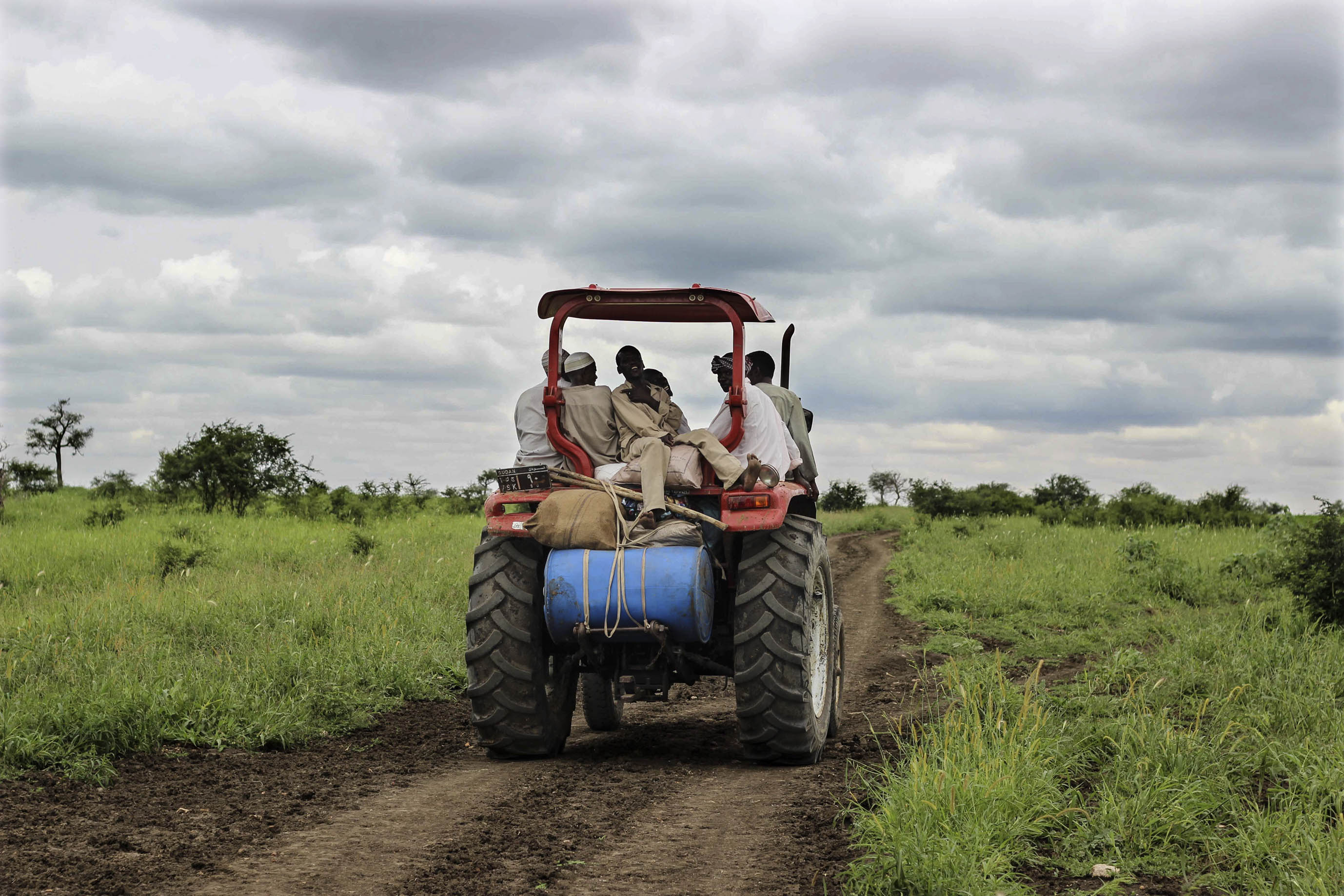 Protests against this land acquisition formula began in local legislative councils, spearheaded by former parliamentarian Yousif Kuwa Mekki. Kuwa questioned this policy in the local parliament of Kordofan and faced arrest for his actions. Soon after, he joined the rebel movement, the Sudan People’s Liberation Movement (SPLM), led then by John Garang de Mabior.

“Because of the struggle over land, the Nuba joined the SPLM rebel movement,” said Kunda.

The foundation, set up in 1924, was a local organisation that assisted farmers with loans to produce for export. Once the foundation was shuttered, Yousuf said, land was up for grabs. Small farmers from outside the state started entering the Nuba Mountains with small loans to rent or purchase land from the local citizenry.

“When people started to rent or buy their land, immediately local citizens went from landowners to land workers.”

In 1991, under the then agricultural minister Babakr Ali al-Tom, land was distributed in the Nuba Mountains to the highest bidder, and rich Sudanese could easily outbid local citizens.

“These decisions played a vital role in expanding the rebellion against the state. Citizens felt robbed of their land and fighting seemed the only choice available,” said Yousif.

South Kordofan’s agriculture minister, Ali Dawash, disagreed with the narrative of land grabs and said that a large number of local citizens own farmland in the state.

He also disputed the idea that mechanised farming schemes have robbed locals of their land. He argued instead that about 70% of the farmland in the state has been put to good use, unlike in the past when large areas remained fallow, and employment has improved.

“Is it better to farm the land or leave it to die for long periods of time?” Dawash asked.

But Kunda’s research paints a very different picture. It shows that only 11% of farmland belongs to local citizens, whereas the lion’s share — about 72% — has been given to Sudanese businessmen outside of Nuba.

And with less land available to locals, competition for that land becomes more violent. This manifests itself in the form of increased interethnic conflict and the ongoing civil war between the central government and rebel groups such as the Sudan People’s Liberation Movement-North.

“This war is not due to the rigged state elections; the root of this war is land,” Kunda said. “Nuba people are fighting for a return to the old land system, returning it to local ownership.”

There is a glimmer of hope. In July last year, Bashir acknowledged the importance of the Nuba Mountains Agricultural Foundation and called for its reinstatement in a speech, given in Kadugli, the government-controlled capital of South Kordofan.

This would be an important step towards restoring land ownership to the people who live on it — and might even pave the way towards peace in the region.

This report is the third in a series published by the Mail & Guardian in collaboration with Ayin, an independent Sudanese media house, which provides a platform for Sudanese journalists to report on sensitive issues. For their own safety, the journalists write anonymously