Exclusive: The ‘professional apartheid’ sidelining women at the African Union

When Nkosazana Dlamini-Zuma left the African Union Commission, she did so to mixed reviews. But most analysts agreed that she had succeeded, where others had failed, in putting gender equality at the heart of the AU’s agenda — on paper at least.

But within the commission itself, discrimination against women employees is routine, according to internal memos obtained by the Mail & Guardian from a diplomatic source.

“We, female employees of the AU Commission, are totally appalled by the entrenchment of professional apartheid against female employees in the commission,” according to one memo, dated January 25 and addressed to the new AU chairperson, Moussa Faki Mahamat.

The memo speaks of ill-treatment and humiliation. “Morale across the commission, especially among us female employees, is at its lowest and will continue to fall down for lack of remedy in sight.”

Central to the complaint is alleged discrimination in recruitment at the commission, where experienced women employees are regularly passed over for more senior roles in favour of men.

The memo claims this problem is most pronounced in the peace and security department, considered the AU’s most significant department.

“This practice by the [peace and security] commissioner of job reservations in favour of his preferred male persons, which excludes and humiliates females, should be abolished once and for all. It should be made a crime in the AU.”

Until recently, the department, headed by commissioner Smaïl Chergui, was the only department in the commission without women division heads.

Another memo, dated February  14 and addressed to Faki, among others, elaborates further on issues within the peace and security department. It is signed by five senior officials from the department’s administration and human resources wing. It describes a “poisonous” situation in the department, which is “too male-heavy in the upper layers”.

This memo accuses Chergui of abusing the powers of his office to secure his preferred candidates for positions, and interfering in the interview and recruitment process. Specifically, it refers to irregularities in the process to appoint an acting head of the crisis management division; and in the process to appoint a permanent head of conflict prevention and warning. 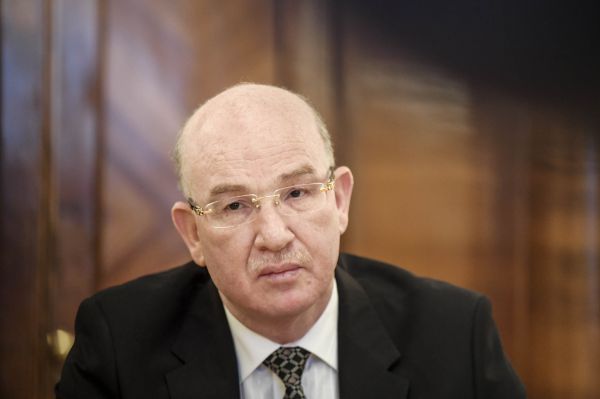 [The memos accuse Smaïl Chergui (above) of abusing the powers of his office. (Zhai Jianlan/Xinhua)]

“The commissioner habitually single-handedly reviewed the shortlists, changing the listing order, removing some names and [adding] others, and the process became endless … his actions and lack of upholding legality have brought a key department almost to its knees,” it said.

Ebba Kalondo, Faki’s spokesperson, said: “While I cannot comment on the contents or veracity of the internal correspondence you refer to, the African Union Commission chairperson has a zero tolerance to any form of harassment.

“Gender equality and the empowerment of women within the organisation is a key commitment underpinned [by], amongst other things, the January 2018 heads of state summit [which] decided to set a target for gender parity within all levels of the organisation by 2025.

“Every allegation by anybody anywhere within the organisation is taken seriously and is thoroughly investigated. And each allegation is a reminder that much work remains to be done to ensure equal rights in the workplace.”

Several current and former commission employees, both men and women, confirmed the validity of the issues raised in the memos, though they would only speak anonymously for fear of repercussions.

“There has been a systematic exit of the highest calibre of women from the commission. The commitments to gender rights made at the highest level will not bear fruit if we cannot even implement them here,” said one senior official.

Another said: “It’s been a consistent trend. Chergui has got rid of senior women. He has hounded them out.”

One female staff member recalls arriving at a new job at the Commission, only to be hauled into the office of a male subordinate, who told her “I’m still in charge here”.

According to several sources, Faki is taking measures to address the recruitment issues in the peace and security department, including a freeze on hiring senior staff until these complaints have been dealt with. But he is hamstrung by the structure of the commission, in which both the chairperson, the deputy chairperson and the eight commissioners are elected by member states. That makes it nearly impossible for him to unilaterally discipline a sitting commissioner.

Nonetheless, this remains his problem to solve. As the February 14 memo concluded: “We feel for the new commission as a lot of the problems it has to resolve now date back many years, with most of these problems having grown during the lifespan of [Dlamini-Zuma’s] commission.

“It is a fact that if Madam Zuma had taken the right decisions at [the] time … the uproar and sorry situation over staff recruitment in the peace and security department and in other sections of the commission would have been avoided. But this should be no excuse by the new commission not to resolutely address the issues,” it said.