The assassination of Gezahegn Gebremeskel: Who killed the Ethiopian activist?

Zagbo Pascal saw it happen. He was on the corner of Kerk and Polly streets in downtown Johannesburg, hanging out with some friends, when a single gunshot rang out. It was 5pm on Saturday, April 21, still broad daylight, and the streets were busy with foot traffic.

This is not the first gunshot to be heard in the area, nor will it be the last. Reflexively, everyone on the street ducked. But one bullet was enough.

Pascal looked up, and saw a man slumped on the wooden benches outside Yamampela Fast Foods and just across from a discount supermarket. Blood was streaming from his neck. And someone — “a young boy, slim” — was sprinting away from the scene, aggressively waving a gun just in case anybody decided to be a hero. 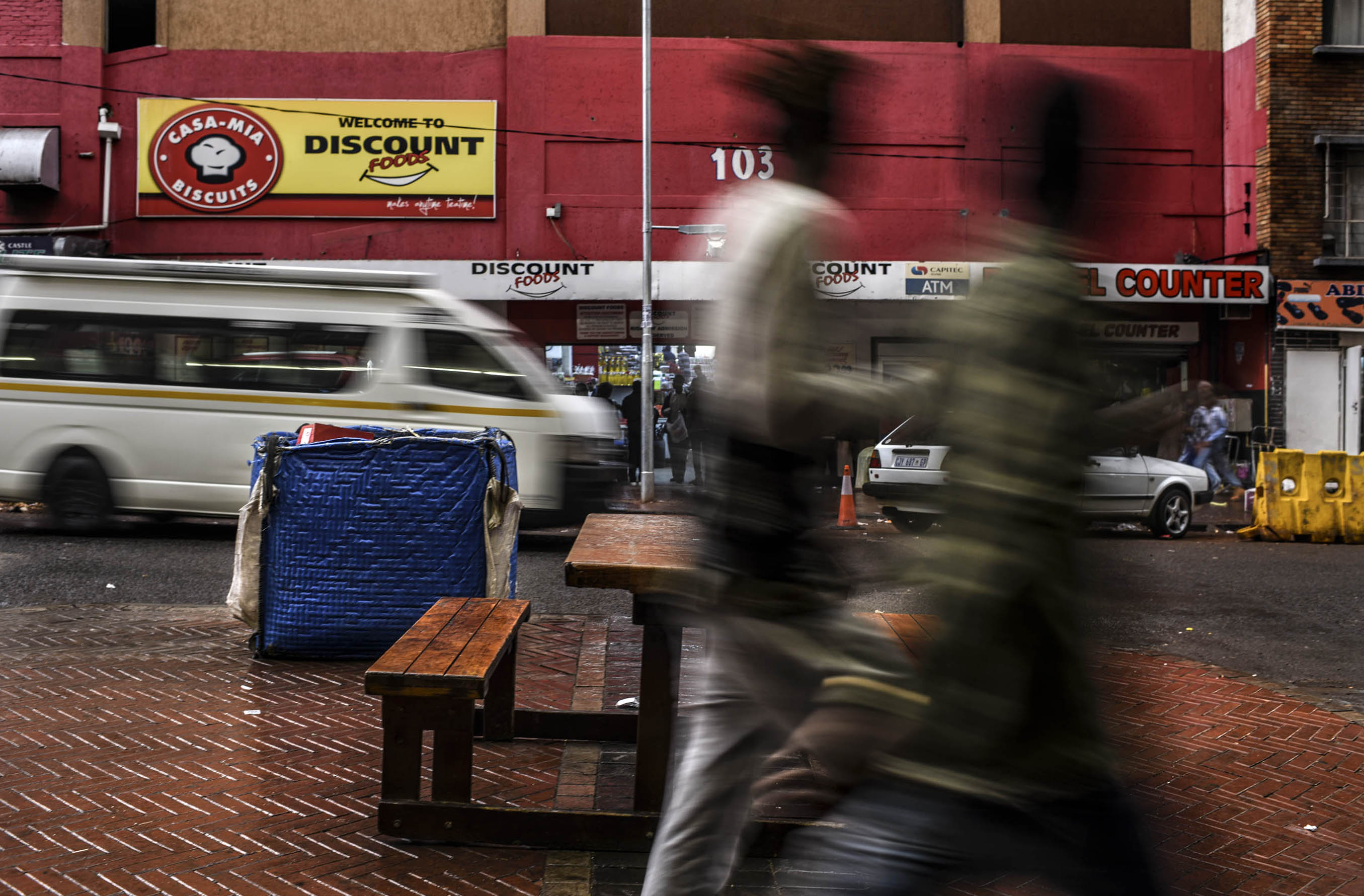 He disappeared south down Polly Street, presumably into a getaway car and from there straight on to the highway. It was all so quick that Pascal didn’t get a look at the gunman’s face, or even his clothes.

Soon, a crowd of hundreds had gathered around the body; from the balconies of the flats above, voyeurs craned for a glimpse of the scene.

“It was horrible. Pitiful. He was lying there with blood coming out of his neck. There was no way we could help him,” said Pascal.

The police took 40 minutes to arrive, and another two hours to take away the body.

Pascal and two other witnesses — a waitress at Yamampela and a vegetable seller across the road — agree it wasn’t a robbery gone wrong. The dead man’s bag and wallet were left untouched, even though he had two expensive cellphones and R15 000 in cash on him.

A policeman, interviewed at the scene 10 days later, confirmed their assessment. He asked not to be named. “The gunman knew what he was doing. This was targeted,” he said. “This was a hit.”

Gezahegn Gebremeskel (48), also known as Gezahegn Nebro, was a family man. He lived in Johannesburg with his wife and two children, running a small trading business. Originally from Ethiopia, Gezahegn had lived for nearly two decades in South Africa after fleeing political persecution at home in the late 1990s.

He had become a pillar of the Ethiopian diaspora community, and was often the man to whom new arrivals turned for both practical and financial support. He was popular: at his funeral, thousands of mourners marched through the streets of Hillbrow, waving flags in Ethiopia’s national colours of red, green and yellow, and wearing T-shirts bearing Gezahegn’s likeness.

On April 20, the night before he was murdered, Gezahegn attended an Ethiopian embassy event at the Hellenic Cyprus Club in Bedfordview, according to his friends. It was a meet and greet with a few South Korean businesspeople, and Gezahegn was not on the guest list — he had come to make trouble, as part of his political activism.

He was recognised by embassy security officials and ejected from the venue. There was a loud verbal altercation between him and embassy officials; later, when he was gone, the embassy apologised to their South Korean guests for the embarrassment caused.

At home that night, Gezahegn received a threatening message on social media. It was from an anonymous contact. The text went something like this: “Why don’t you just leave us alone? Just take care of your family otherwise we are going to make a plan for you.”

The next day he was dead.

And, although they might not know the identity of the gunman, his family and friends have no doubt about who ordered the hit.

“This is no ordinary killing. This is absolutely an assassination. More than 100% the Ethiopian government is to blame,” said Tamiru Abebe, a close friend, and head of the Ethiopian Community Association in South Africa. “Now we are all afraid.”

This would not be the first time a foreign government has been accused of an extrajudicial killing on South African soil. “It’s the same as what happened in the Michelangelo,” said Tamiru.

On New Year’s Day, Patrick Karegeya was found dead in his suite in the luxury Michelangelo Hotel in Sandton. He had been strangled during a bloody struggle. Karegeya was once Rwanda’s chief of external intelligence but he fell out with President Paul Kagame and had fled into exile in South Africa, where he established a small opposition movement. Civil society groups have blamed the Rwandan government for his assassination, although it denies these claims.

Another prominent Rwandan exile, former army general Kayumba Nyamwasa, has survived several attempts on his life, for which he too blames the Rwandan government. 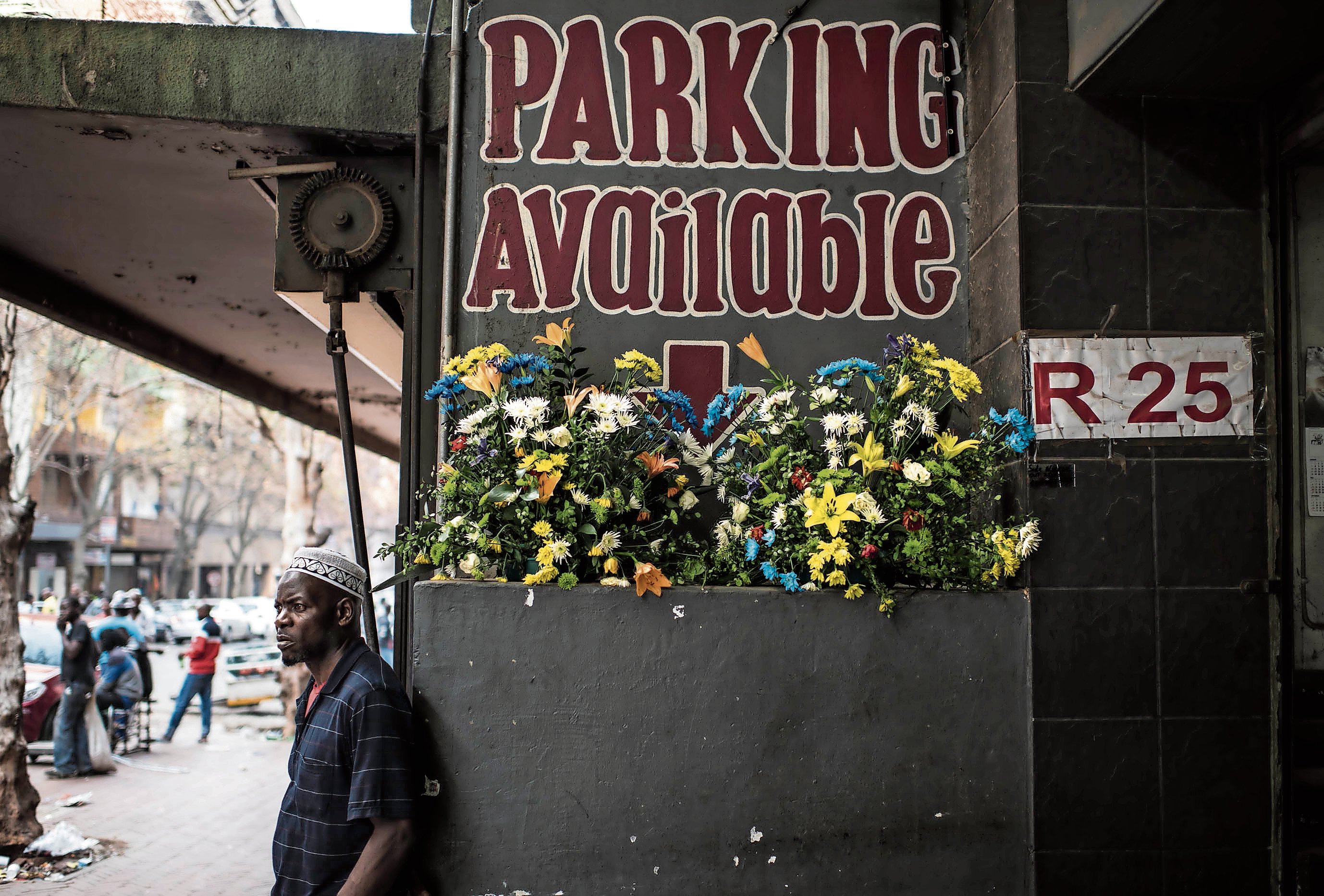 [Flowers left by the community near where Gezahegn died (Paul Botes)]

Karegeya’s death, compounded by the relatively quiet reaction from the South African government, sent shock waves through all diaspora communities. The message was clear: even in South Africa, with its fabled Constitution and rule of law and relative prosperity, opponents of authoritarian African regimes are not safe. Gezahegn’s death is another clear message, says Tamiru — especially given the timing, just the day after the confrontation at the Ethiopian embassy event.

“They could have waited weeks, or even months. But by killing him the next day, they are sending a message to others. They think that, by killing him, others will back away from this struggle.”

South Africa’s department of international relations and co-operation said it “is difficult to comment on speculation. The police are busy investigating.”

The Ethiopian embassy offers a very different version of events. In a written response to the Mail & Guardian, the embassy strongly denied any involvement with Gezahegn’s murder and offered condolences to his family.

It also disputed that Gezahegn was denied entry to the Hellenic Cyprus Club event. “While the seminar was about to conclude, Mr Gezahegn came to attend the session and was allowed to enter the auditorium without any problems. After a while he decided to leave the place by his own decision and was saying that he didn’t know the event was a training seminar and he was not interested. No one has forcibly removed him at all.”

The embassy said opponents of the Ethiopian government were taking advantage of Gezahegn’s death to orchestrate “a media campaign to tarnish the good name and reputation of the embassy and its staff members”.

“On top of being morally unacceptable, aiming to politically profit from such a sorrowful event can only obscure the investigation process which can lead towards exposing the actual culprits in this criminal act,” said the embassy.

The Ethiopian Orthodox Church in Berea, perched on a hill behind the Ellis Park Stadium, serves a dual purpose: it is a place of worship but also a hub for the city’s large Ethiopian diaspora community. Days after the funeral, Gezahegn’s family, including his mother who flew in from Addis Ababa, sit on a raised dais outside the church, dressed in black mourning robes.

Plastic chairs are laid out for the mourners who are still streaming into the church to pay their respects to Gezahegn’s wife and children. The family faces an uncertain future. Organisations are collecting money to help them financially.

Funds have also been raised to pay for a private investigator, because neither the family nor the Ethiopian Community Association has any faith in the South African Police Service.

For Gezahegn’s wife, Meskrem Berhane Dessta, her emotions are still raw. “I cannot talk. I am very, very sad.”

With a fierce determination that belies her age, 12-year-old Melat speaks for the family: “My dad was doing the right thing. He was fighting for freedom. His words were true, his promises were true. He sacrificed for everyone, even for people he didn’t know. That’s who my dad was.”

Like father, like daughter, she vows to continue his fight, no matter who killed him. “They thought that, by killing my father, others will back off. But it’s not going to help. It’s just going to make us fight for more.”