The body in pain

‘I am an abominable womxn.

“When I was twelve years old I was raped and then I ate and ate and ate to build my body into a fortress.”

In Hunger, a memoir specifically designed to discuss the fat body of a queer womxn of colour, Roxane Gay speaks about an attempt at transcending violence while being incapacitated by the measures of safety that she took to protect that body. 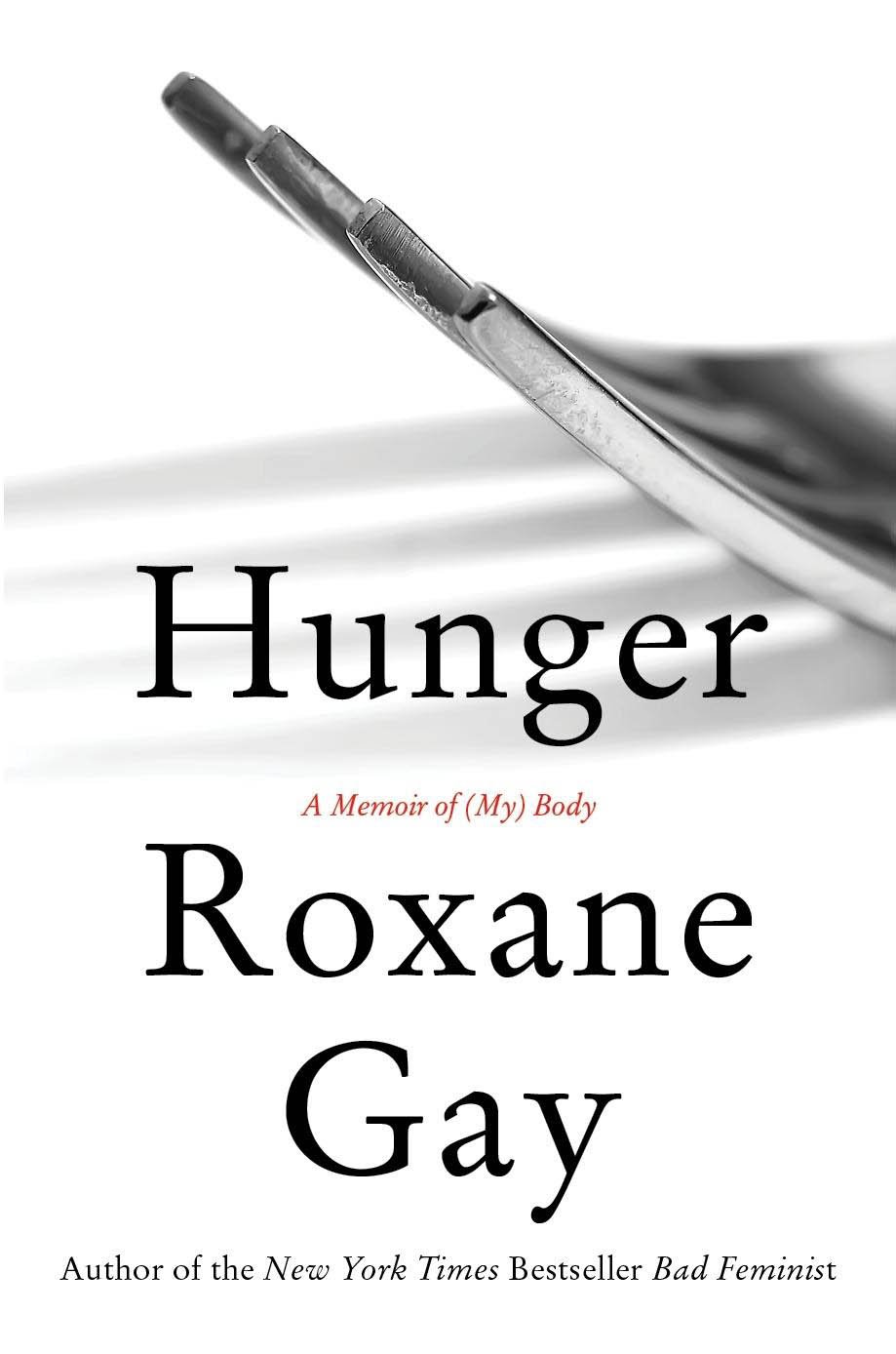 This is the story that laid the foundation to the institution that would incarcerate her. Every bar of chocolate another locked door, every comment by her Haitian family a bar of a jail cell. In so many ways, this assault became the catalyst for her shame.

Gay describes in chapters that are sometimes a paragraph long, the insatiable feast that led to her being considered super-morbidly obese. I am unaware about whether this structure is purposeful, but I am there hungry for more words on a body that is considered invisible by society.

Ironically, the fat body is hypervisible, making Gay’s body a scene of violence in multiple ways. There are those who see her body as an invitation for input, those who bump into her as if her flesh makes her immune to pain and those who view her as a spectacle.

One becomes the subject for voyeurism in such a body, an enlarged glass house for eyes to peep into and construct their own theories as to why she allowed her body to become an exhibition.

She makes references to the manner in which people find violating her personal space justifiable while also not wanting to be touched by her excessive body that flows over unrealistic spaces — unruly in adhering to fit into aeroplane seatbelts and seats.

In a scene reminiscent of Jill Scott’s character in Why Did I Get Married, Gay recalls being chastised by an elderly gentleman seated next to her in an aeroplane.

She suffers the fuss of whether the seat can handle the responsibility of carrying her, the accusation that her body is the source of danger for being near the exit — the constant assault of non-belonging while society demands her to reduce herself for their convenience.

This assault manifests in the inducing of physical pain, chair arms that gnaw into sides, unsteady chairs that demand two-hour squats during dining experiences and seatbelts that uncomfortably press against bodies that were not considered during their designs.

It becomes clear that a fat body becomes the inconvenience of others in the way Gay is treated, not only by members of her family, but by inanimate objects such as restaurant booths and stairs.

In the anticipation of an interview regarding this body memoir, an interviewer who is considered by social standards a beautiful and desirable womxn, released into the public some concerns regarding the accommodation of somebody of Gay’s size. These included questions asking whether Gay would fit into the lift and whether she was in possession of a chair that would support Gay’s obese frame. In actuality, Gay had only required that there be a sturdy chair.

This experience in its blatant cruelty correctly captures the refusal to acknowledge and accommodate those who are deemed outliers in a small world that was not designed for them to fit in.

The word “fat” is riddled with negative connotations because of patriarchal standards of beauty and capitalism, which fuel chastisement in the form of shows like the Biggest Loser.

There is a huge price tag attached to being able to avoid the intrusive glances into every fold, the reiteration of disgust and the collective whispers from prying eyes that confirm that thinness is the ultimate measure of success.

Shows such as My 600-lb Life lack the nuance and sensitivities required in recognising the eating disorder that is compulsive eating. The capitalist agenda that commercialises thin bodies propagates the idea that an alternative body is not valid, giving rise to unhealthy desperate measures that Gay eventually turns to to become smaller and somehow valid.

Following a ritual of emptying herself after every meal, being the thief to her own wholeness, instead of being alarmed, the people around her regard her with relief.

“At least you are doing something about your body,” they say.

Gay deals with a slew of lovers, jumping from one to the next with the same hunger for food — a gaping hole of companionship that has been left unsatisfied allows for the lovers that tell her how to walk in order not to command more attention. She endures requests not to swing arms, to stay home because being seen together is inappropriate.

Admitting that her craving for safety and intimacy led her into the arms of womxn, she states that even though she did not consider herself a lesbian, she craved the softness of being loved by a womxn. Addressing a common misconception that womxn are not capable of cruelty and violence in an intimate relationship, Gay expresses her gratefulness for not being physically assaulted by her lovers but acknowledges the damaging equal effect of emotional and verbal abuse.

Gay’s Haitian family did not understand their daughter’s complex relationship with food. Unaware of the feelings for food for a lonely black queer girl confronting the coldness of a mostly white private school, for Gay the food was walking into a vacant room demanding of you to be shameless — to be present and to consume it selfishly without it expecting anything back.

Ultimately, the body that Gay starts constructing when she comes home from boarding school 13kg heavier was a result of a 12-year-old girl thinking that her body was a weakness. The thoughts that had she been stronger, something like that would have never happened to her.

Reading Hunger, I spotted the parallels of fat shaming and victim blaming. In this instance, they intersect and perpetuate a culture where the body is at fault for what becomes of it.

Gay, as a good Catholic girl, feared being treated badly for creating the situation that endangered her, both as a fat womxn and as a 12-year-old child who believed that the boys in the woods did what they did to her because she deserved it.

Goodbye to your sweet tooth