It starts in a well-lit, empty hangar, with only a guitar placed on a chair. A man walks in, takes a seat and starts to strums the guitar. At first glance the picture looks peaceful but the silhouette of a shirtless figure in the background that becomes clearer with each passing second quietly unsettles the viewer. 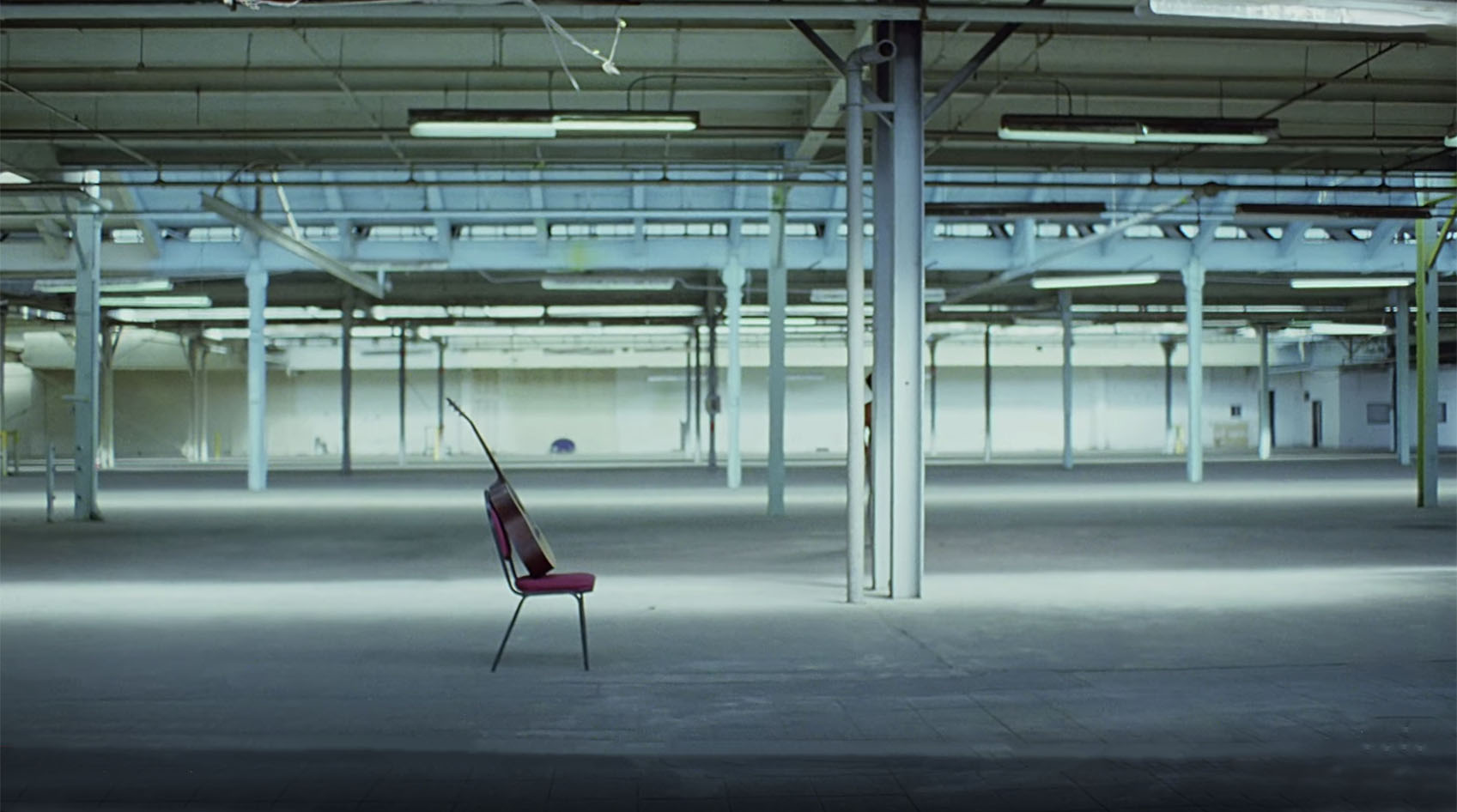 To accompany these cheerful chords the familiar voice of Donald Glover, also known as Childish Gambino, sings a repetitive lyric “this is America” that doesn’t unsettle the ear. The camera shifts towards the figure to reveal a bearded Glover with his back to the frame.

As he turns to face the camera, the benign mood continues to fill the scene for a few more seconds.

Even when Glover pulls a face that mimics Uncle Ruckus, a self-loathing black fictional character from the adult cartoon series The Boondocks, it’s easy to dismiss the sense of impending doom once he breaks into dance.

The comfort begins to fade when the man with the guitar reappears in the frame but this time has a sack over his face. An unbothered Glover stands behind the seated man, reaches into his pocket and pulls out a gun.

This time, comfort leaves with a quickened pace, leaving behind a pinch of ease.

It is only when Glover contorts his body into a stance that resembles the Jim Crow caricature, with the gun pointed towards the unknowing man, that the message This is America is presenting.

The beat drops, and he shoots the man in the head.

In this video, America is a house where siblings, black violence and celebration coexist. The house doubles as a slaughter house and club. In this house, where black people are casually gunned down, those who survive, for now, sing and dance as if the havoc is merely white noise.

The commentary that is This is America comes amid the world’s leisurely smartphone view of the United States’ ongoing political and cultural pandemonium.

For these four minutes, it’s as if Glover took the browsing history of social media-using millenials and put it in a room. We spend our free time in an unconscious scrolling and liking spree; watching and sharing dancing Vines or horrifically exiting tabs that report on the death or assault of an undeserving black body. This is the America Glover presents to us. 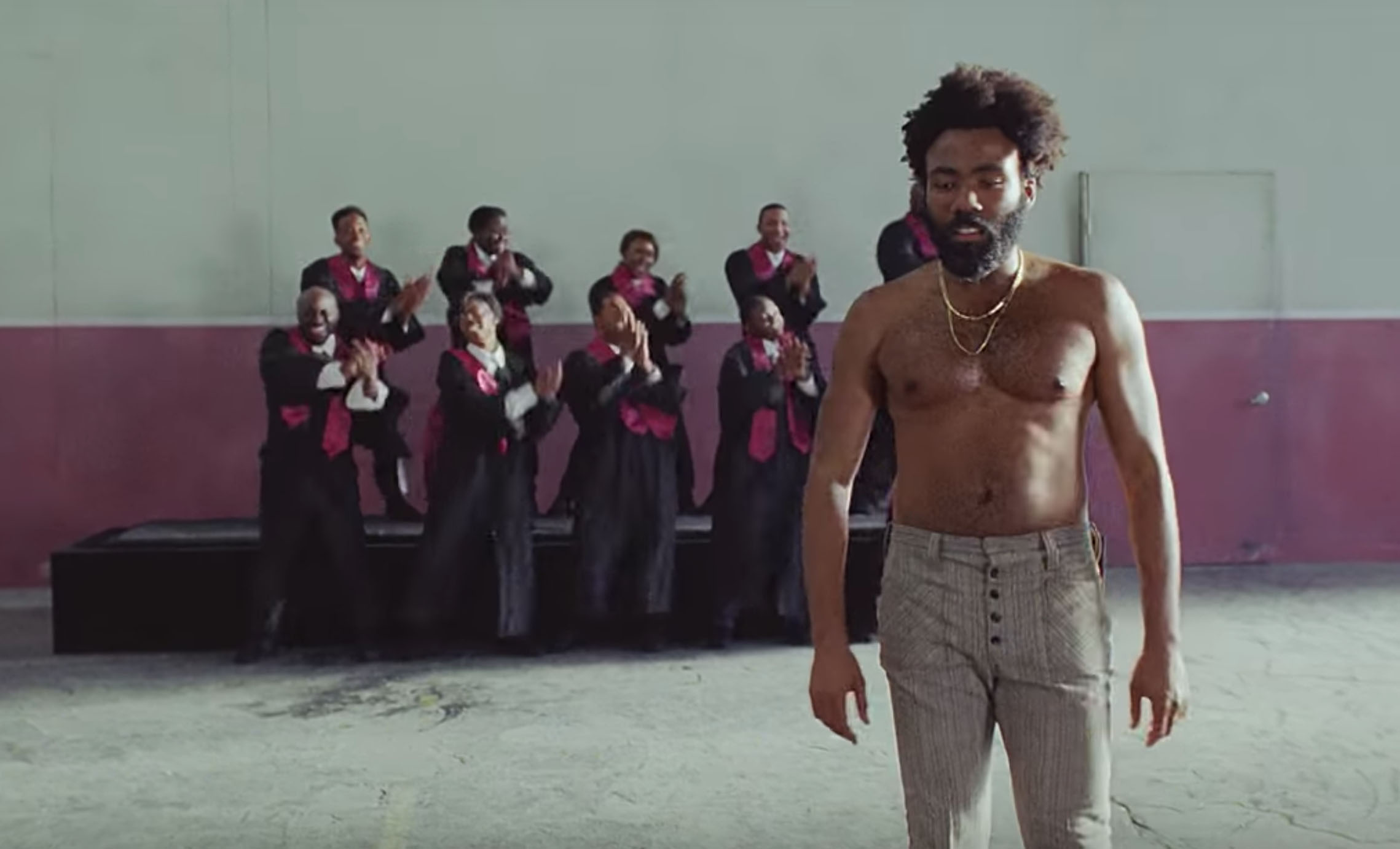 [Childish Gambino’s character before he guns down the choir in the background, mimicking the 2015 murders of nine black churchgoers by a white supremacist in Charleston]

Glover and a squad of schoolchildren perform dance moves — such as South Africa’s Gwara Gwara made popular through videos — against a background of violent pursuits by law enforcement, riots and an uneasiness that the viewer cannot ignore the way the dancers do.

Director Hiro Murai’s jarring use of empty spaces contrasts subjects in the foreground and the background. The timing of each scene morphing into another keeps the moving picture bare and blunt.

The lyrics present what may be the average black person’s mantra in the American context: “This is America (skrrt, skrrt, woo)/ Don’t catch you slippin’ up (ayy)/ Look at how I’m livin’ now/ Police be trippin’ now (woo).”

By disrupting the viewers’ comfort viewers with the themes of gun violence in black spaces, Glover implicates the viewer in the misuse of black art.

The viewer is forced to interrogate their relationship with black entertainment.

The artists featured on This is America — Quavo, 21 Savage and Young Thug — are creators who usually warrant deep reflection. Instead, they are the go-to for a surface level autoescapism. By including such voices, This is America forces the viewer to understand that, while pop culture trends may distract the viewer with performances of jubilance, the black bodies who are subject to America’s violent reality have nowhere to run.

The economic effects of racism are more deadly than Covid-19