Why Iran will exit its nuclear deal

Although it was widely expected, United States President Donald Trump sent shock waves across the world, especially among his European allies, when he pulled the US out of the Joint Comprehensive Plan of Action (JCPOA), more commonly known as the Iran nuclear deal.

Trump vowed not only to reinstate the “highest level of economic sanctions” on Iran but also threatened political and economic repercussions for countries and companies that continue to invest or do business with it.

The decision shocked Iran too, especially the administration of Iranian President Hassan Rouhani, which hoped that the multibillion-dollar deals it had made with US and European companies would be taken into account when “business-minded” Trump made up his mind.

Although the US decision was devastating for the Rouhani administration and although it has threatened to retaliate, it has so far declined to withdraw from the 2015 agreement.

But given that the JCPOA without the US no longer satisfies Iran’s main objectives for pursuing the deal, it might not stay in it for much longer.

Why did Iran need a deal?

The crippling sanctions imposed by the Obama administration in 2012, targeting its oil sector and banking system, played a key role in forcing Iran to abandon its nuclear programme. Iran was desperate to lift the sanctions but that was not its only motive to pursue a nuclear deal.

Since the 1979 revolution, Iran’s top priority has been to ensure regime survival, and the US has pursued regime change in the country ever since the hostage crisis in November 1979 — or so at least Iran thinks. This policy persisted in the 1980s, when the Reagan administration supported Iraq in the eight-year war against Iran, and into the post-Cold War period, with the 1996 Iran Sanctions Act passed under the Clinton administration. Anti-Iran policies culminated under George Bush Jnr after his “axis of evil” speech in 2002.

When the Obama administration took over, Iran sought to use its nuclear programme as a bargaining chip to draw the West to the negotiation table. It was the first step towards recognition. By concluding the 2015 nuclear agreement, Iran was hoping to have the US finally accept its regime and abandon all attempts to undermine it. The US withdrawal from the deal means that the regime change policy is back in place.

How did the deal serve Iran?

Iran’s second priority in pursuing the 2015 deal was to preserve its regional influence and maintain the means to defend it. Tehran was hence willing to surrender its nuclear ambitions in exchange for US recognition of its regional role.

The US invasion of Iraq opened a window for Iran to establish an area of influence, called a Shia crescent, a Persian arch, or even a “new Safavid Empire”. It helped Iran to achieve objectives it had long pursued, key among them preventing the re-emergence of a strong Iraq that could threaten its regional hegemony.

Since the formation of the modern Middle East after World War I, Iraq acted as a bastion against the expansion of Iranian influence and, after the 1979 Iranian revolution, it also contained its revolutionary project.

After the end of the Iran-Iraq war in 1988, Iran adopted Israel’s doctrine of moving conflicts into enemy territories. Iran claims that it is involved in conflicts across the Middle East — in Iraq, Syria, Yemen and Lebanon — to protect itself. Regional expansion is acting as a defensive as well as an offensive strategy. 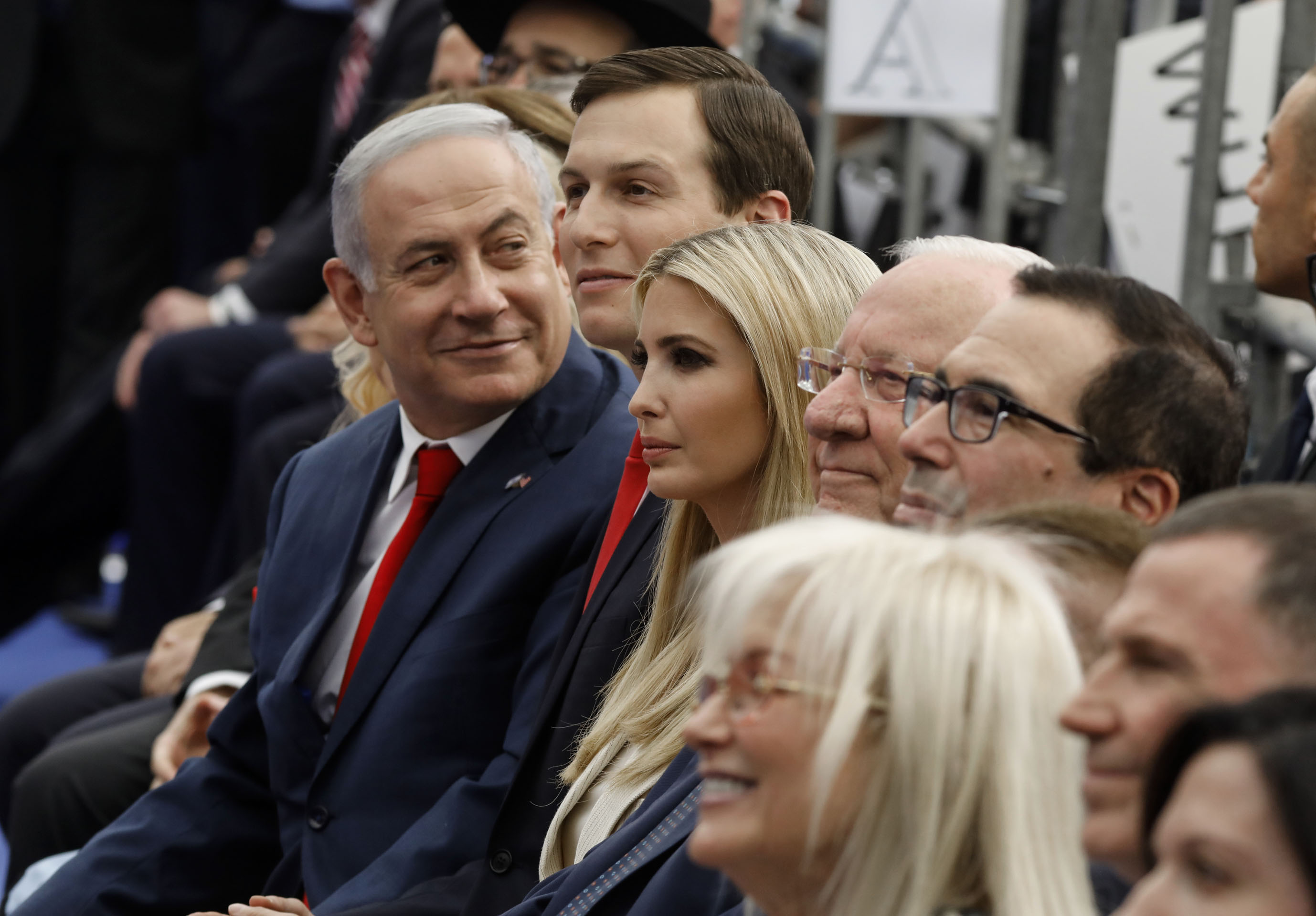 Syria is key to Iran’s vision for geopolitical expansion. It needs Syria to keep Iraq under control. Iranian influence in Iraq can only be threatened from Syria, something Tehran learned in 2014 when the Islamic State marched from Raqqa to Mosul. Damascus also gives Iran a window into the Israeli-Palestinian conflict. It can use Syria and Lebanon as a launchpad against Israel, should it think of attacking it.

Syria is also important for economic reasons. In 2011, Iran negotiated a project with Damascus and Baghdad to build a natural gas pipeline to transport Iranian gas from South Pars/North Dome gasfield towards Europe via Iraq, Syria and Lebanon’s Mediterranean ports.

The US withdrawal from Iraq in 2011 made this project feasible, as Iran became the main power broker in the country. And the 2015 nuclear deal tacitly approved Iran’s regional influence across the region.

Why will Iran drop the deal?

The collapse of the nuclear deal means the US won’t tolerate Iran’s regional influence. Currently, Washington is attempting to build a pact with its regional allies (Saudi Arabia, the UAE and Egypt) to prevent Iran from filling the power vacuum in case the US decides to withdraw from eastern Syria.

Israel is also acting to curtail Iran’s influence in Syria. The number of Israeli attacks against Iranian targets and military bases in Syria has dramatically increased in recent months. Israel believes that the JCPOA acted as a shield for Iran and its collapse means that it now has the green light from the US to go after Iranian positions in Syria and elsewhere. 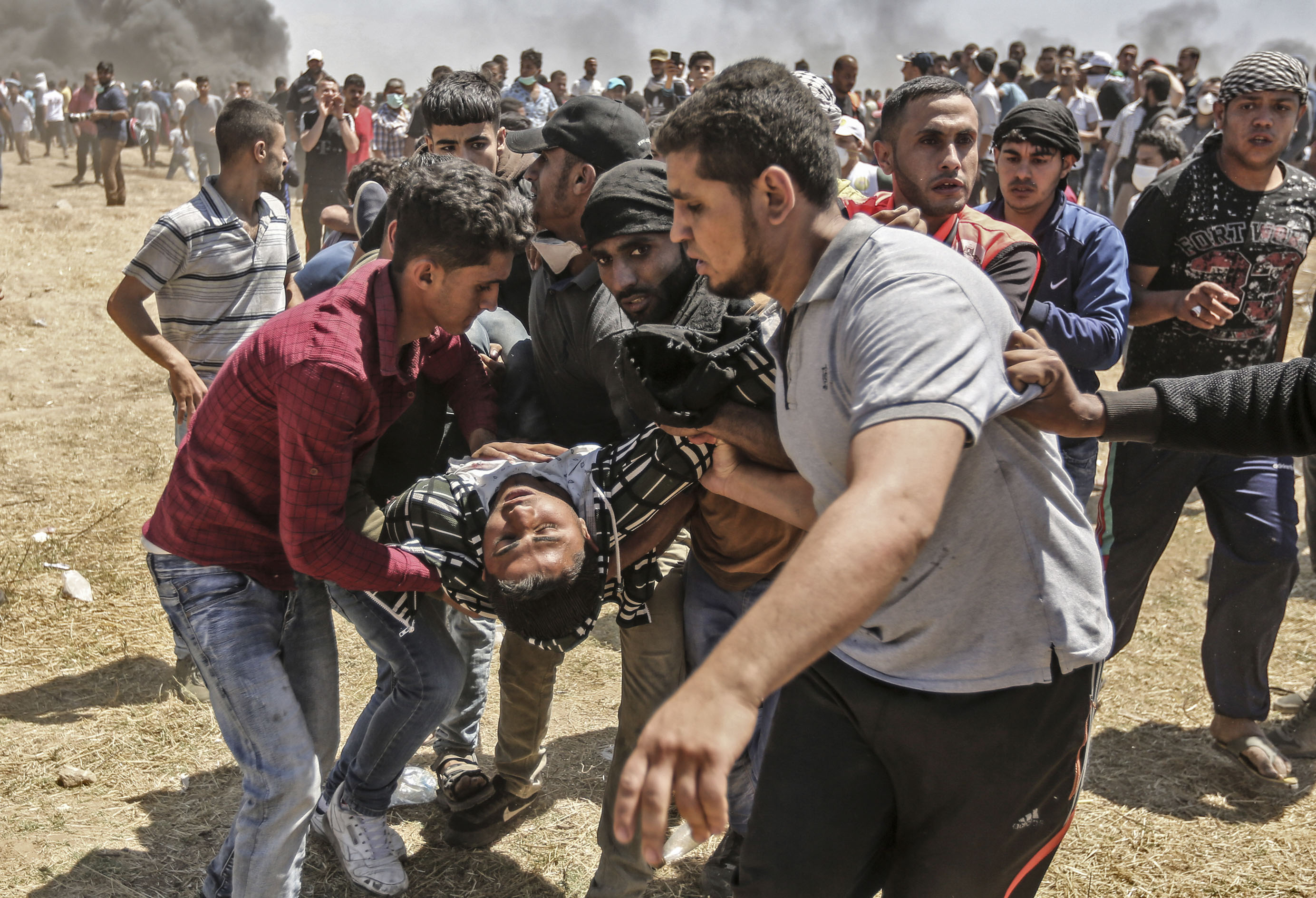 [While the US embassy was being opened in Jerusalem, tens of thousands of Palestinians protested and about 60 Gazans were killed and thousands injured by the Israeli army. (Mahmud Hams/AFP)]

As the JCPOA collapsed, the US pushed for the renegotiation of the deal to include Iran’s ballistic missiles programme. Given its weak conventional forces, ballistic missiles are Tehran’s main deterrent against the US and its regional allies.

If attacked, Iran plans to strike vital installations in Saudi Arabia and other Gulf Co-operation Council countries, such as oil refineries, hydroelectric power plants and water desalination systems. If these missiles are taken away from Iran, its military would be toothless.

The US withdrawal means Iran has returned to square one, where the survival of the regime and its regional ambitions are at stake.

There is, therefore, no good reason left for it to stay in the deal. It is only a matter of time before the Rouhani administration deserts it as hopes to salvage it even for mere economic purposes diminish too.

It is naive to expect European companies will spend much time thinking where their economic interests lie, with Iran or the US. — Al Jazeera

Marwan Kabalan is a Syrian academic and writer. He holds a PhD degree in international relations. He is an associate political analyst at the Doha Institute