Books that heal and save lives

Impepho Press is a pan-Africanist, intersectional, feminist publishing house, committed to dispensing literary medicine in the form of stories from the African continent and its diaspora.

The three founders are devoted readers and writers who are proof of the healing power of words — because books have saved their lives. In addition to this, their travels on the continent have ingrained in them the need to ensure and broaden literary access and affordability.

The press was born when one of its founders, Vangile Gantsho, began her official training journey to become a spiritual healer.

“Impepho Press came about because of my own journey with spiritual healing, but also our individual journeys,” Gantsho tells me over the phone from the Eastern Cape, where she will be until July when she completes her training.

“We’re really intrigued by this idea of books saving lives, not because it’s an idea but because we’re testament to that [notion]. And so, we wanted to create a space where we could create books that save lives — but we also wanted to make sure that we can cross borders and create links throughout the continent and the diaspora, and also make sure that books are accessible and affordable. We want to make sure that these stories reach places that they wouldn’t ordinarily reach,” she says.

Gantsho is a poet, healer, editor and cultural activist. In 2016 she obtained her master’s degree, with distinction, in creative writing from the University Currently Known as Rhodes. She is also the author of two collections, Undressing in Front of the Window (2015) and red cotton (2018) — the latter published by Impepho Press.

Another member of the collective, Sarah Godsell, is a poet and a historian who lectures history at the University of the Witwatersrand. Godsell began performing her work locally and internationally in 2009. Under Poetree Publications, she published a poetry collection, titled Seaweed Sky, that was shortlisted for the 2018 Humanities and Social Sciences awards.

The third member of the publishing troika, Tanya Pretorius, has worked in the digital industry for 28 years after studying English and social sciences, with a focus on feminism and media, at the University of Pretoria. Her work in the literary space is also driven by the need to improve the agency of women through social justice and empowerment. 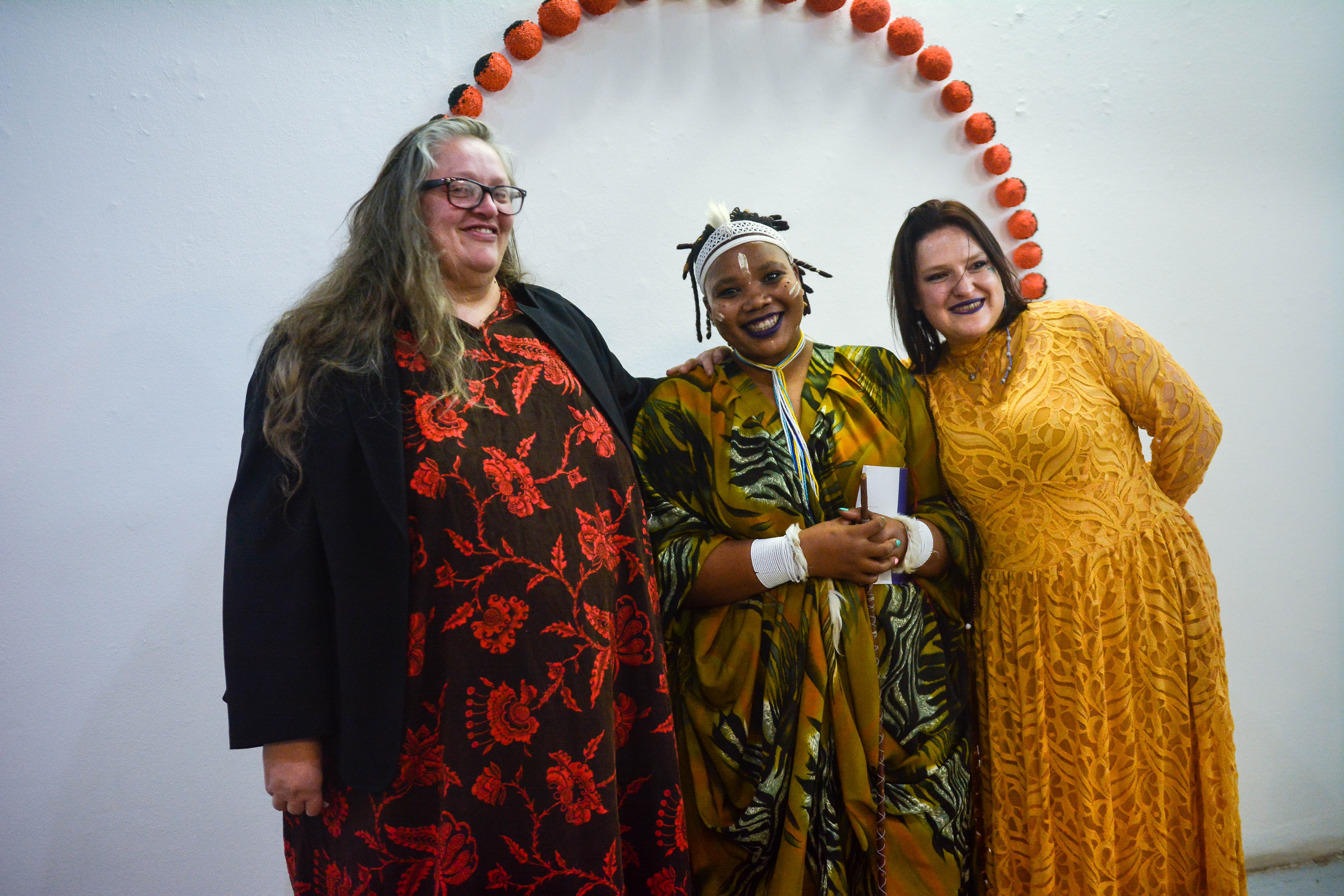 “Vangi and I are the words people — she is head poetry editor, but I also do some poetry editing,” says a short-of-breath Godsell, who sits with me while we have Gantsho on speakerphone.

“We select manuscripts, we select work, we do all of the editing and put together a narrative. Tanya does all of the text, graphic design and layout stuff. None of us are business people, so we all do a bit of everything. We all just hold each other’s hands and get it done,” she says.

But the collective does not deny the fact that having two white women behind a pan-Africanist press may raise alarm in the black literary community. To tackle this, they have decided to let the work speak for itself.

“It’s a difficult question because I’m very militantly a black woman and very painfully aware of the situation in this country,” says Gantsho.

“Knowing that — and also knowing these two women and knowing the work that they have done, both personally and professionally — people would understand. At the heart of it, when you tell a genuine human story sincerely, then all things human will respond to it somehow.”

To this, Godsell adds: “We had a discussion on whether Tanya and I should be visible in the press because white people shouldn’t be visible in this work, but then we thought: ‘How honest is that? What are we putting on Vangi?’ We’re also committed to doing the work, which is undoing and healing. That is why we are so committed to the name because it’s a healing that’s bigger than us. It’s a healing that we need to trust each other.”

In addition to this, Impepho Press has to wrestle with the financial constraints that come with establishing a publishing house that takes up the full financial risk of a book’s printing, publishing and marketing, instead of dividing the costs between themselves and the author.

“Only once we’ve recouped the costs of making the book, we go into partnership with the authors so that the authors can have ownership of their story,” explains Gantsho.

But by their consistent efforts and support from other publishing houses, the press has managed to dispense two sweet doses of literary medicine: red cotton by Gantsho and feeling and ugly by Danai Mupotsa. Both books can be purchased at African Flavour bookstores or by contacting Impepho at [email protected]

On our Lists this week: Kids See Ghosts, red cotton, and Russian Roulette

Slice of life: Writing is painful but it heals