Armed militants are burning villages and beheading civilians in northern Mozambique — and no one knows who they are, or what they want. What is clear is that the presence of a notorious US mercenary, as well as vast reserves of natural gas, is unlikely to help calm tensions

Cabo Delgado, a coastal province in Mozambique’s extreme north, is no stranger to hardship. This is one of the poorest regions in the country, long marginalised both politically and economically. Jobs are scarce, most of the population is illiterate and dissatisfaction with the government runs deep.

Nonetheless, few observers predicted that this sleepy province would become ground zero for a new and mysterious conflict.

It began in October last year, when armed militants attacked a series of police stations. Since then, sporadic attacks on villages and government buildings have killed dozens of people, prompting a heavy-handed response from government security forces.

In the past month alone, at least 39 people have died, 400 homes have been burned to the ground and more than 1 000 people have been displaced, according to Human Rights Watch. The attacks have been characterised by extreme cruelty. 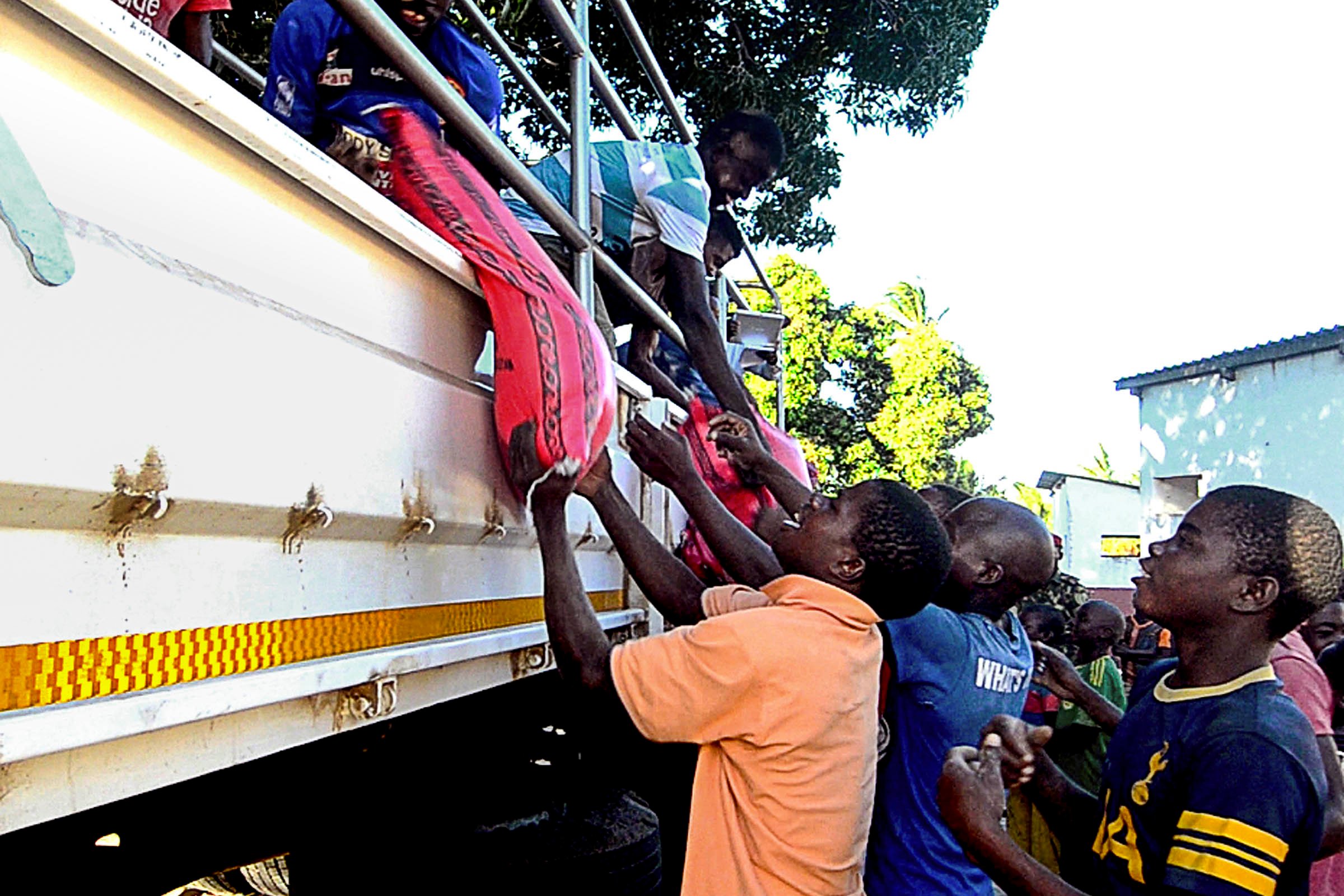 An eyewitness from the now-destroyed village of Naunde described the execution of a community leader: “When he realised they were looking for him, he tried to run away but one of the men chased him, grabbed him by the arm, held the machete and cut his head off … there in front of everybody.”

In local media reports, the attackers are usually described as radical Muslims, and their organisation goes by several names: al-Sunnah wa Jama’ah, Swahili Sunna or al‑Shabab, although there are no formal links with the Somali militants of the same name.

But little more is known about the armed group or its motivations, or what may have prompted the sudden spate of violence. There have been no verified public statements or claims of credit for attacks.

Nonetheless, there have been ominous suggestions that the group is part of a wider network of Islamic “terrorist” organisations, fuelled by reports that some men from the area have received training from Islamic fundamentalist groups in Tanzania, the eastern Democratic Republic of Congo and Saudi Arabia.

Although Muslims are a religious minority in Mozambique, they are in the majority in Cabo Delgado.

“The group’s leadership appears to be inspired by international jihadism, holding similar aims and goals, such as the establishment of an Islamic state following [Islamic law] and the eschewing of the government’s secular education system,” said a report published in March by the Africa Centre for Strategic Studies, an internal think-tank of the United States department of defence.

Not everyone is convinced that this new Mozambican group is the next al-Shabab or Boko Haram, however. Jasmine Opperman, Africa director for the Terrorism, Research and Analysis Consortium, said: “Attributing attacks in Mozambique, accompanied by beheadings and arson, to ‘Shabab’ cells elicits unanswered questions: Who are the actors? What are their objectives? What extremist ideology is at play?

“The ‘Shabab’ cult currently presents itself as diversified small cells, relying on brutal attacks to instil fear. But their motivation remains unclear, and claims of links to international terror organisations are made without factual verification.”

Some of the only first-hand reporting and research in the area was conducted by two academics and a Muslim cleric, who presented their findings in Maputo last month. They argued that disaffected, disenfranchised young men form the core of the armed group’s support.

“Initially, the local population called this group al-Shabab, and this can lead us to a misunderstanding to think that it is an extension of the radical group of Somalia, because the methods are similar,” said Sheikh Saide Habibe, a cleric and co-author of the study.

Said Alex Vines, head of the Africa Programme at Chatham House: “The core of this is local issues … local grievances to do with disenfranchised, marginalised young men in particular. There is a religious element to it, which is that Islam gives it a spine for anti-establishment protests.”

But, Vines admits, no one really has a good handle on what’s going on: “It’s really foggy,” he said.

Cabo Delgado is at the centre of another major Mozambican story: the discovery of vast quantities of natural gas, which several major multinationals are in the process of exploiting.

The find has already had a fundamental impact on Mozambican politics: using the gas reserves as collateral, government entities took on several billion dollars in undeclared loans for bizarre projects such as a fleet of tuna fishing boats. The money has mostly disappeared. When the International Monetary Fund (IMF) discovered these undeclared debts, it suspended budget support.

The boats, which don’t meet European Union standards for tuna fishing, are rusting in the harbour in Maputo.

“A few years ago, everyone was saying Mozambique would be the new El Dorado, so politicians of all persuasions all made the mistake of playing up the gas story just before commodity prices went whizzing down … now the state has no money, even for patronage politics,” said Vines.

But production is only due to begin in 2022 at the earliest and, even then, what the debt scandal has taught ordinary Mozambicans is that they are unlikely to benefit. “The perception is that there is a distant, arrogant elite who will become filthy rich over gas. There is a broader story of protests picking up outside the country,” said Vines.

This perception is keenly felt in Cabo Delgado, where billions of dollars is being spent by multinational oil companies to build drilling platforms, but little of this trickles down to local communities. Could the discovery of natural gas in the region have anything to do with the nascent Islamist insurgency?

“Why now?” asked João Cabrita, author of Mozambique: The Tortuous Road to Democracy. “The grievances in Cabo Delgado date back more than 40 years. I find it strange that they only manifest now when they have been present all along.”

Cabrita’s theory is that the so-called Islamist insurgents are a convenient enemy for a Mozambican government desperate for a distraction from its other problems — and for leverage with international organisations such as the IMF. If the investments of the big oil companies come under threat, maybe these companies will intervene on the government’s behalf.

“That is my perspective: these attacks are in a place where there is lots of Western investment in the form of gas fields … They are sending a message: ‘Either you stop putting pressure on these chaps about the financial scandal, or this situation gets out of control.’ That’s how politicians perceive the capitalist system works, that investors can put pressure on the IMF,” said Cabrita.

This may explain the government’s heavy-handed response, which has included arresting hundreds of suspected militants and bombarding villages suspected of harbouring the armed group. These tactics risk making a volatile situation even worse.

“Respecting the basic rights of detainees is not only a legal obligation, but is important for restoring a secure climate that would allow displaced villagers to return home.”

Adding more fuel to the fire of potential conspiracy theories is the sudden appearance in the area of Erik Prince, the infamous founder of Blackwater, once one of the largest “private security” — read mercenary — firms in the world.

Blackwater was repeatedly implicated in serious human rights violations in Iraq, where it worked for the US government. Using companies with different names, Prince has signed a deal to partner with Ematum, the state-owned entity implicated in the tuna fishing debt scandal. He is reportedly in the process of securing a $750‑million contract to provide security in Cabo Delgado.

As one analyst, speaking off the record, put it: “Which came first, the Islamist insurgency or Erik Prince?”

Northern Mozambique is a powder keg. Whatever is behind the conflict in the area, there is no doubt that it is a toxic mix. The combination of radical Islamists, American mercenaries, brutal armed groups and trigger-happy soldiers is one we have seen before, in Iraq and Afghanistan and Somalia and Libya, with devastating consequences.

Vast quantities of high-grade hydrocarbons won’t help either, nor will a government that is as corrupt as it is dysfunctional. But before anyone can begin to grapple with the problems, they need to understand the nature of the threat. So far, the rumours far outweigh the research.

“First they have to work out what exactly is going on,” said Vines. Until then, the Islamist insurgency in northern Mozambique raises more questions than answers.