The drivers behind fuel price hikes

The rising price of fuel has entered uncharted territory, with serious economic ramifications for consumers, businesses and the economy.

It is thus paramount to fully appreciate what the main drivers of this spike are and what corrective measures can be taken. The fuel price, which is adjusted monthly based on import price parity, has a significant effect on consumers and businesses, and ultimately on the demand for all goods and services in the economy. Fuel price hikes also contribute to inflation.

The economy is affected by fuel price increases at all levels. In the macro-economy, it leads to a decelerating gross domestic product and a worsening of the country’s balance of payments. At the meso-economic level, industries highly dependent on fuel, such as commercial agriculture, face increasing input costs. The food value chains, including production, processing and transportation, are affected, which means the prices of related goods and services are directly or indirectly affected. At the micro level, many poor households are heavily dependent on paraffin, which means fuel increases directly raise their cost of living.

The fuel pump price in South Africa comprises various components, including both international and domestic elements, but the basic fuel price (BFP) is primarily determined by international oil prices and the exchange rate.

Over the same period, the rand depreciated by 44%, from trading at an annual average of R8.21 against the dollar in 2012 to R14.71 in 2016. This could in part explain the increase in the price of fuel, although the relative stickiness of the price of fuel in the face of a huge drop in the oil price warrants further explanation.

The other vital constituent of the BFP is the price of importing oil. This has various components, which include freight, insurance, landing, wharfage, coastal storage and financing of coastal storage. Ascertaining an accurate figure for this is complicated but it is difficult to imagine that it is largely responsible for increasing the price of fuel. In any case, according to the department of energy, the BFP constitutes about 43% of the fuel price. The far larger portion is attributable to domestic features determined by the government. They include tax, an equalisation fund levy, a customs and excise levy, the Road Accident Fund (RAF) and the Slate levy, which is to finance the cumulative under-recovery by the industry. 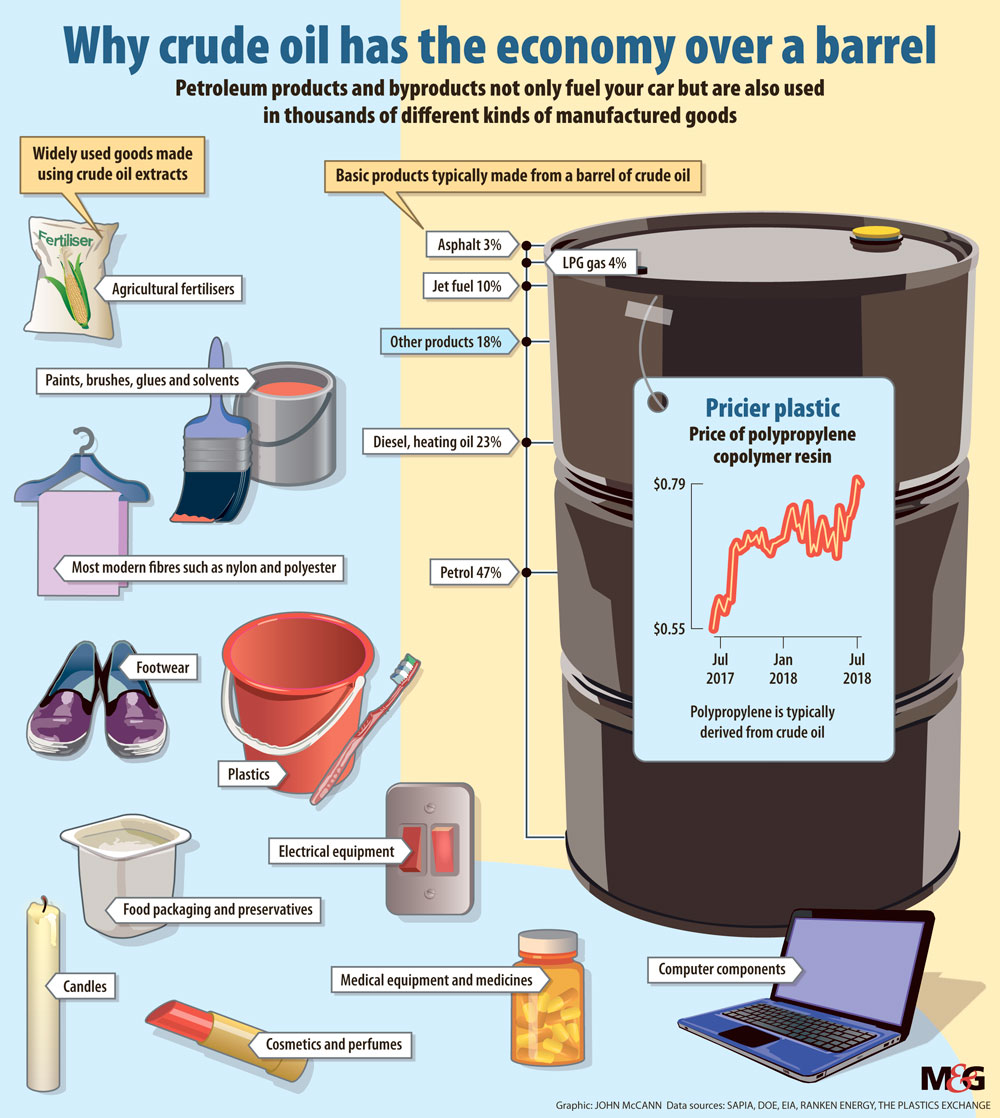 This means a decrease in other associated costs has a limited effect on reducing the fuel price.

Because oil prices in international market are the same for everyone, the major differences are mainly attributable to different tax regimes.

South Africa is a small open economy and the volatility of the exchange rate has a significant effect on the fuel price. Therefore sound macroeconomic fundamentals and structural reforms, such as a mechanism to smooth the fuel price, that would cushion the effects of an adverse exchange rate are crucial.

The increases in the general fuel levy and the RAF levy should be aligned to inflation and structured in such a way that they will protect the poor from the adverse effects of high fuel prices. The refining capabilities of energy and chemical company Sasol could be enhanced and its output could be mixed with imported crude at all the refineries and the resultant cheap oil could then be used to stabilise and subsidise the price of fuel.

Given that African oil production far exceeds refinery output, South Africa must also work together with other African countries to increase African refining capacity to bring down the price of importing oil to the continent.

Thando Ngozo and Sabelo Mtantato are senior researchers at the Financial and Fiscal Commission. These are their own views