Misadventure: How a Thai football team became trapped in a cave

It all started off as an adventure: Twelve boys — aged between 11 and 16, members of Moo Pa, Wild Boars football team — journeyed to the Tham Luang cave complex, in Chiang Rai province in Thailand, to celebrate a birthday on June 23.

Until then, it had been an unusually dry season, which meant that the cave was open and free to explore.

With 700 baht (R282.50) worth of sweets and cold drinks, the boys rode their bikes to the cave to celebrate the 16th birthday of Pheeraphat Sompiengjai.

They had intended to inscribe their names on the wall of the cave — a tradition for many of the children who live in the region.

But their adventure to a much-loved play spot ended badly when a torrential downpour — which is not unusual for the season — trapped the boys in the cave.

With worried parents wondering about the boys’ whereabouts, the Wild Boar’s coach, 25-year-old Ekapol Jantawong, volunteered to search for his team.

After finding their bikes outside Tham Luang, Ekapol entered the cave to find his team and got trapped himself. The team and their coach remained in the dark for the next 10 days before they were found by British cave divers John Volanthen, 47, and Rick Stanton, 56, on July 2.

The Wild Boar team survived their two-week ordeal by drinking water droplets from the stalactites above them, express.co.uk reported and kept calm by meditating.

LiveScience reported that the boys who could neither swim nor scuba dive had to navigate out of a pitch-black, 2.5 kilometre cave system that was constantly being filled with more water, despite authorities efforts to drain the cave.

To add to the danger of the boys’ rescue, cave diving is more technical and dangerous than scuba diving. Unlike normal scuba diving, cave divers cannot return to the surface if something goes wrong. The boys also had to navigate narrow passages in complete darkness with a crash course in diving and the help of expert divers to get them to safety. 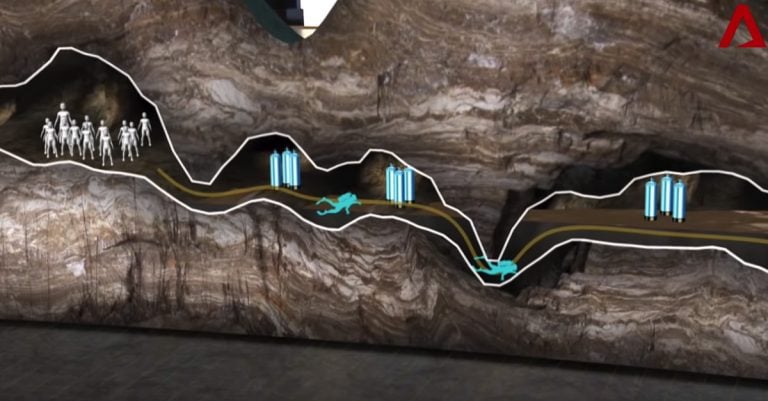 Perth Now reported that Thai press has criticised Ekapol for his role in the boys’ escapade. However, without Ekapol, it is doubtful if the boys would have survived as well as they did.

Ekapol has also apologised to the parents in a letter delivered by the Royal Thai Navy on Saturday.

“To the parents of all the kids, right now the kids are all fine, the crew are taking good care. I promise I will care for the kids as best as possible. I want to say thanks for all the support and I want to apologise.”