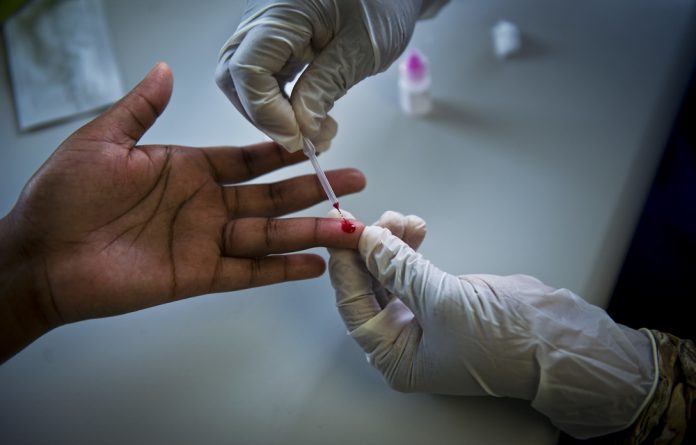 HSRC scientists interviewed over 33 000 South Africans about everything from how many people they’d had sex with in the last year to how much they knew about the spread of HIV. More than 60% of those surveyed also agreed to be tested for HIV.

The study shows about eight-million South Africans between the ages of 15 and 64 are infected with HIV and almost three-quarters of those who know their HIV status are on antiretroviral treatment (ARVs). HSRC project director Sean Jooste says the country doubled the number of people on treatment between 2014 and 2018. The country has the largest HIV treatment programme in the world, with more than four-million people with HIV on ARVs, health department figures show.

Jooste says the treatment programme is largely responsible for the decline in new infections.

Watch: Does mixing sex and alcohol make it easier to get HIV?

When taken consistently, ARVs can lower the amount of HIV in a person’s blood to very low levels, that are often undetectable by standard HIV tests. This is known as being “virally suppressed”. Although this doesn’t mean that someone is cured of HIV, scientific studies have shown that HIV-infected people who are virally suppressed are highly unlikely to transmit the virus to another person.

About 86% of HIV-positive people between the ages of 15 and 64, who were surveyed and on ARVs, were virally suppressed.

The country has committed to pushing the percentage of HIV-infected people who are on treatment and who are virally suppressed to 90% by 2020, as part of what’s been dubbed the United Nation’s “90-90-90 targets”.

But, two years before the deadline, the HSRC study shows although 85% of South Africans know their HIV status, only 71% of people infected with the virus are on ARVs.

“We are going to win the battle [against HIV],’ he said at the release of the survey’s results. “It’s gratifying that some of our hard work is starting to pay off.”

But, South Africa’s new HIV infections are decreasing at a much slower rate than what the United Nations’ 2020 targets require: the survey shows the country had 230 000 new infections in 2017 — about two and a half times more than the 88 000 new infections the 2020 goals require it to have in two years time.

Women between the ages of 15 and 24 make up a third of new infections nationally.

A third of adolescent girls surveyed had sexual relationships with older partners, although researchers did not specify how much older these men were.

A 2016 study the Aids Programme of Research in South Africa (Caprisa) found that 60% of all new HIV infections in young, black South African women and teenage girls could be linked to older men. The men were on average eight years older than their female partners, who were generally in their 20s. The research was presented at the International Aids conference in Durban in 2016.

Young women may not always be able to negotiate condom use with older men, Tlaleng Mofokeng told Bhekisisa in May. Mofokeng is the vice-chairperson of the nonprofit Sexual Reproductive Justice Coalition. Caprisa’s research showed that infections among young women often eventually led to infections among men of their same age later in life as people began to look for life-long partners in their late 20s and early 30s.

South Africa’s national HIV plan aims to decrease new infections among young women by 60% and place 81% of HIV-positive people on treatment between 2017 and 2022.

South African National Aids Council deputy chairperson Steve Letsike warns the country will have to intensify efforts if it hopes to meet its HIV plan targets.

“We need to prioritise young, adolescent girls. That’s crucial in our efforts”, she said.

“It’s promising, but we need to do better. We are still moving at a snail’s pace.”