The aftermath of conflict captured beautifully

Trauma, Healing and Hope is an exhibition combining audiovisual material about survivors of conflict and trauma and 50 photographs by award-winning photographer Marcus Bleasdale.

It opened at the United Nations headquarters in New York and at the International Criminal Court (ICC) in The Hague on Tuesday.

Bleasdale’s photographs, taken over the past 20 years, range widely around the world but focus particularly on those places where human well-being is most severely compromised by conflict. His aim, he says, is “to influence policymakers around the world”.

Cambridge-educated and Oslo-based, Bleasdale “researches the sources of financing driving the conflicts, which usually leads to the mines and the armed networks linked to them”. For instance, the work collected in his 2009 book, The Rape of a Nation, documents the situation in the eastern part of the Democratic Republic of Congo (DRC), where millions of people have died or been virtually enslaved in an ongoing war “funded by the extraction of the minerals used in everyday electronic products”.

The results, as photographs, are often very beautiful; the horror that underlies their narratives, however, is hopefully visible to those with any power to end it. 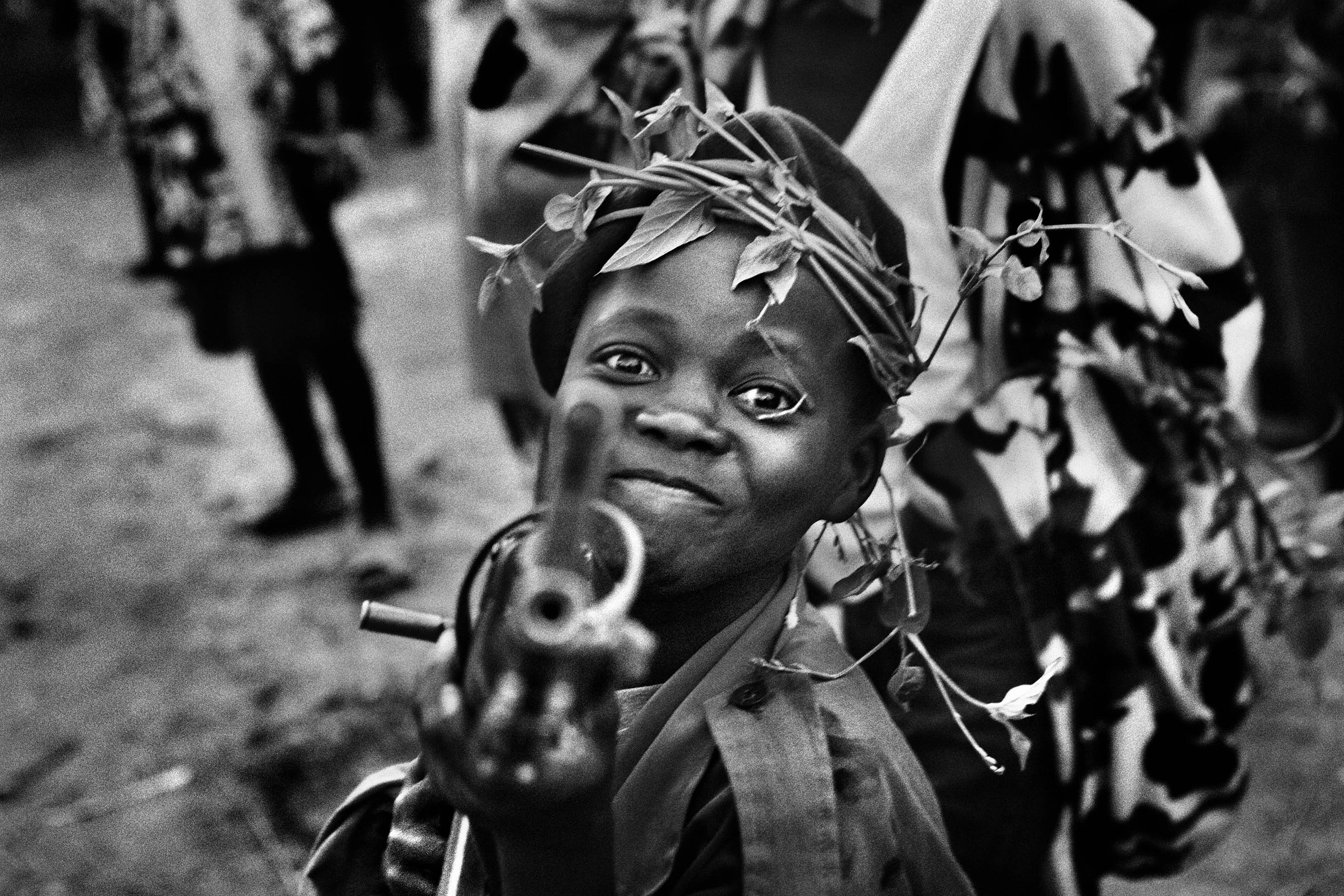 A child soldier with the Mayi-Mayi militia waits in Kanyabyonga, Democratic Republic of Congo, as rebels advance. He was recruited as young men in the area were being abducted by the rebel forces. He didn’t want to be forced to fight, so he volunteered with the Mayi-Mayi (Marcus Bleasdale)

Your work is clearly a kind of activism. How did your commitment to this kind of photographic work evolve?

It started in Kosovo in the 1990s, when I first used a camera to understand and communicate conflict.

After that I travelled widely, documenting the impact natural resources have on financing conflict, and that took me to Sierra Leone, the Democratic Republic of Congo, Central African Republic (CAR), Liberia, Uganda and Rwanda, among other places, and I started to understand the impact that was possible [if I worked in] collaboration with advocacy groups.

Early in the 2000s I started working closely with Human Rights Watch, and the collaboration continues. I work to try to enhance policymakers’ understanding of the causes and the impact of conflict, in the hope that increased understanding leads to long-lasting solutions.

What sorts of personal or institutional responses are you looking for?

I would like these institutions to understand more deeply the causes of conflict.

At each different stage of each conflict, the targeted audience changes with respect to the response needed to improve life for those living with conflict.

As a photographer, I work together with activists to target those institutions at specific times to create the right engagement.

How do you choose the places you visit? It seems there are several areas to which you have returned a few times.

I return many times to conflicts over many years. I have been working for nearly 18 years in the CAR and DRC. The choice is about impact. How much impact can I create with the work I do? I try to target those areas and issues I feel I can contribute the most to with regard to impact.

What are the specific aims of this particular exhibition? How does it dovetail with the work of the ICC, for instance?

Awareness is key, as is hope. We all must understand that justice is important for conflict resolution and the institutions charged with providing an opportunity for justice are essential for good future governance.

Creating and re-communicating that message over time is important in developing and enhancing that awareness. Only then can we give hope to those living with conflict.

READ MORE: Beyond the photograph