A pilgrimage to the home of Africa’s finest chilli sauce

Nyirangarama — An older, well-dressed Rwandan gentleman sits down to lunch, a heaped plate of beef stew and beans on the table in front of him. From his pocket he removes a tiny plastic bottle with a white lid —the kind that usually contains eye drops.

(Before we continue, a word of warning: do not put this stuff anywhere near your eyes.)

The contents of the bottle are bright orange, the label an equally bright yellow. Concentrating carefully, he squeezes exactly five drops on his food.

He is not alone. At the dozens of round tables in the vast conference hall in Kigali, other Rwandans pull from their pockets their own tiny bottles, carefully doctoring their meals according to their individual tolerance for chilli.

The rest of us at the conference didn’t know what we were missing — but I made it my mission to find out.

Akabanga Chilli Oil is part chilli oil, part national obsession. It seems that no meal is complete without a few dabs of the condiment. I found my own bottle at a small Kigali convenience store not far from that conference hall, on the shelf next to the salt and the stock cubes. Since then, the chilli oil has accompanied me on my travels across the length and breadth of the African continent.

Everywhere I go, I try the local hot sauce or condiment, and there is rarely a bad one: red-hot Nali in Malawi; roadside peri-peri in Mozambique; every possible variation of Nando’s in South Africa; Nigerian chilli pepper powder, sprinkled on to jollof rice or heroed in pepper soup; the fiery spice mix they serve with newspaper-wrapped brochettes in Bangui; fragrant harissa in Tunisia; the coriander-infused basbaas beloved by Somalilanders; Ethiopia’s awaze paste, heavy with berbere, the perfect counterpoint to just-roasted derek tibs (sautéed meat) and a handkerchief of sour injera.

Akabanga, however, rises above the rest. At 15 000-plus Scovilles — the unit of measurement for chillis — it is hotter than almost anything else around. Nando’s extra hot
peri-peri, by contrast, barely troubles the scale at a mere 3 500 Scovilles. 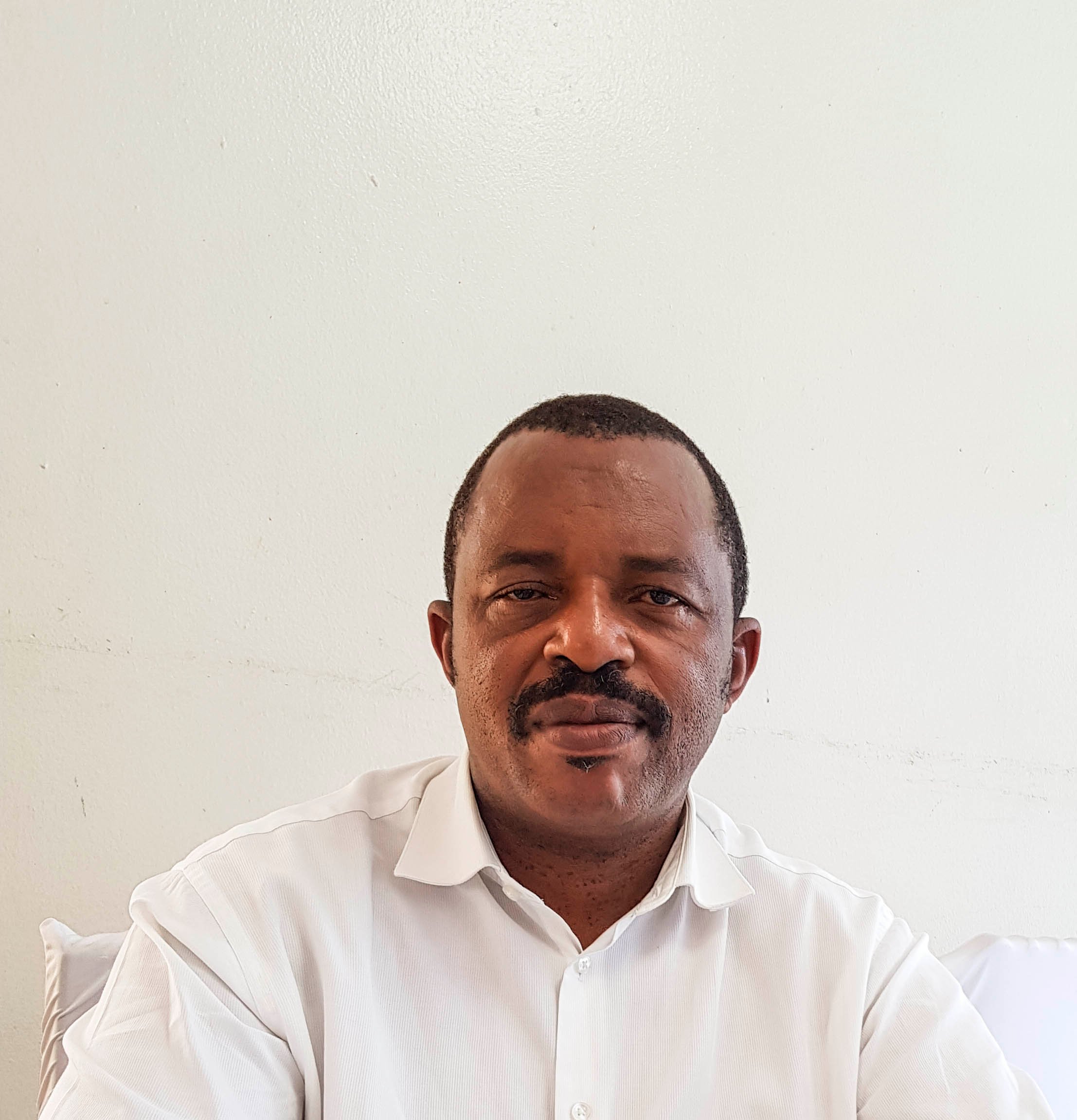 The Akabanga factory in Nyirangarama, a village in Rwanda, was transformed by its owner Sina Gerard. The factory is built on the precise spot where Gerard started off selling dough balls by the roadside. (Simon Allison/M&G)

But it is the flavour that really sets Akabanga apart. As well as being eye-wateringly, nose-runningly hot, it lends dishes a deep, earthy, savoury intensity that is as addictive as it is unique.

Somehow, from just a few little drops — and never more than that, unless you are actively seeking to inflict pain — Akabanga imparts fire and flavour, a modern-day culinary miracle that inspires devotion and dependence from its disciples, both in Rwanda and, increasingly, among in-the-know hipster foodies elsewhere.

I consider myself a fully paid-up member — at 500 Rwandan francs (R8) a shot — of the cult of Akabanga. It was only fitting, then, that I should pay homage to its leader.

All roads wind out of Kigali. They wind up the country’s famous 1000 hills, and then down into its deep valleys. The road that winds mostly north and a little bit to the east eventually takes you to the village of Nyirangarama. Along the way, the landscape is a pastoral fantasy, a green-hued patchwork quilt of neat-as-a-button terrace farms punctuated by the odd village, quaint and spotless. It almost looks too good to be true.

Nyirangarama is more developed than most, boasting several factories and a four-storey, glass-clad office block. For that, its residents have one man to thank: Sina Gerard.

In 1983, Gerard opened a stall on the highway selling mandazi, the fried dough balls ubiquitous across East Africa. There was little to differentiate his mandazi from everyone else’s until he began serving it with his own special condiment: a chilli oil pressed from the ripe flesh of the yellow peppers grown by the farmers nearby.

Soon, customers were coming to his stall for the chilli oil alone. He named it Akabanga.

“It means something like ‘the secret’,” he says. “If you put it on your food, you will understand the secret.” 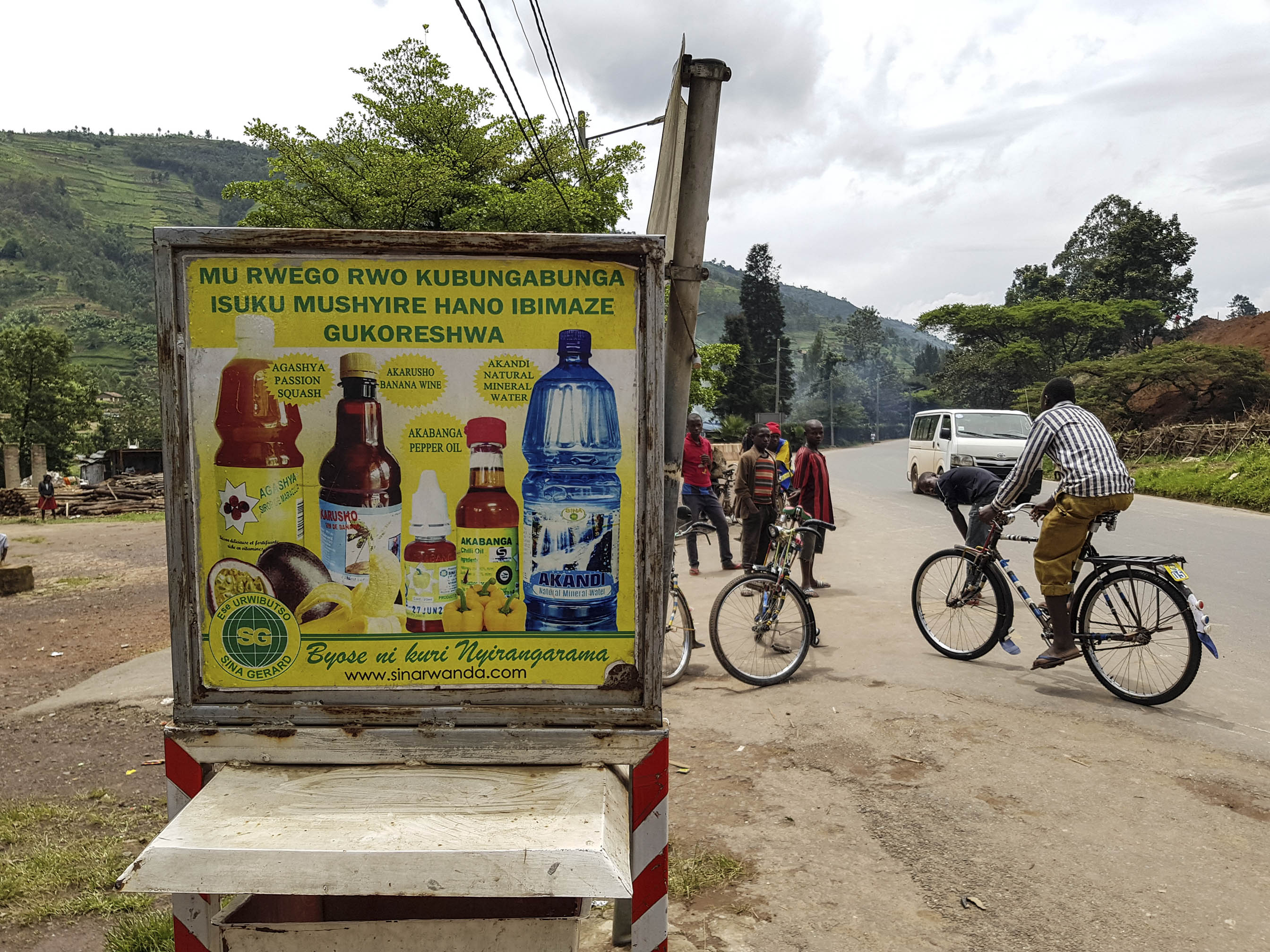 Gerard, now one of Rwanda’s richest men, has invited me to share lunch with him in that glass-clad building, which is the headquarters of his multimillion-dollar business empire. It’s built on exactly the same spot where his roadside stall used to stand.

We eat goat stew, beans and rice, served with a rich meat broth, all doused liberally with Akabanga. Gerard is addicted too, even after all these years.

“I can’t miss it, wherever I am. Even when I take a trip I always take a bottle with me.”

His company also sells fruit juice, banana wine, honey, mineral water and biscuits, all manufactured in Nyirangarama and its surrounds, using produce sourced from local farms. All the factories in the village are owned by him; almost everyone here is in his employ. Everything else is a sideshow.

“This business was built on Akabanga,” one employee confides.

For health and safety reasons, I am not allowed to go into the Akabanga factory itself. Outside it, yellow and red chilli peppers are stacked in pyramids a metre high and several metres wide, waiting to be hand-sorted by teams of women — only the
finest chillies for Africa’s finest chilli sauce.

“It’s not a chilli sauce; it’s a chilli oil,” Gerard interjects, with exactly the kind of attention to detail that makes Akabanga so excellent.

I stand corrected. The broader point remains, however: when it comes to chilli-based condiments, Akabanga is king. Although, having burned off so many taste buds in the course of my research, I’m not entirely sure that I’m the best person to judge.