Bureaucracy, power and grants: When a pen may be as mighty as the scalpel

The door slams open, knocking the handle into the wall so hard I hear the plaster crack.

A haggard man struts into the room, a blue jacket trailing his slight build, made slighter still by malnutrition. He reaches out a calloused hand, rapidly drags the plastic chair towards him, and flops down.

Neither the nurse nor I look sufficiently intimidated by what was probably meant as a show of force from a man on the edge.

Waiting times are long and many people are understandably upset by the time they make it inside the consulting room, but it is only 10am and we are more curious than anything else about what has led to this early-morning eruption. 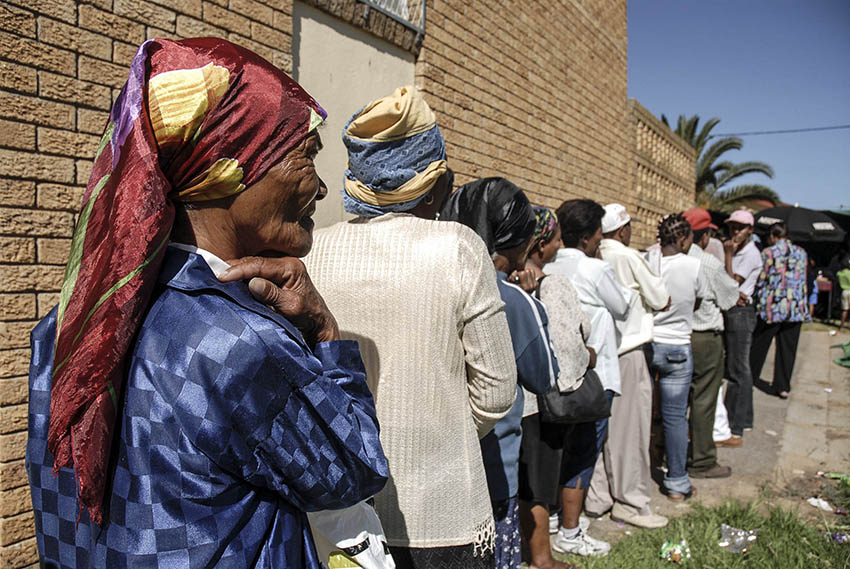 Too old for child grant, too young for a pension: Doctors’ tough choices when facing the missing middle. (David Harrison, Mail & Guardian)

“Molo, tata. Yintoni ingxati namhlanje,” I venture, knowing that the response may become difficult to follow. Exhausted, he begins to mumble. Nurse Fikile* has offered to help me this morning and she assists in probing a bit more, as I fold open the school exercise book that serves as his clinic record.

I catch most of the familiar phrases but one grabs my attention: “Fuman’ipay …” I am sitting in a small clinic in the rural Eastern Cape. We are in the most spacious consulting room. Outside, in a dark, unlit corridor, both walls are lined with people waiting to be seen. “What was tata asking about a grant?” I interject.

The nurse catches my sceptical expression and calculates the best way to relay a rather transparent attempt to manipulate us.

“He says that he has been having this problem since he was two years old and that the doctors in Mthatha said that he must come here for a grant.”

Sister Fikile is kind and patient. I am becoming deeply suspicious.

“At the age of 45? Where is the letter from the Mthatha doctors?”

“He says it was destroyed in a fire,” she says. Although the scenario is plausible, I am not sure whether this is more or less convenient for him if the story were true. “What is the problem, then?”

The question is relayed and I think I see something break in him. He half-heartedly points toward his left cheek. I put on some latex gloves and he protests a bit. He was hoping to secure the grant without an examination.

In the brief moments I am allowed to look into his mouth, I see rotten teeth, receding gums and decades-old plaque.

“You definitely have some problems, but I don’t see any grounds for a disability grant at this moment, tata,” I try to relay the news as gently as possible.

He is not interested in seeing the dentist for further assessment. He shakes his head, takes his clinic card and trundles towards the door.

I have similar conversations with patients hoping to qualify for a disability grant almost daily. Most of the time, I am left fighting the same vexed feeling.

I tell myself that it is my annoyance with being manipulated or because these kinds of consultations take time away from seriously ill patients.

Often, I am not sure my colleagues would all agree on who does and doesn’t qualify for a disability grant.

As health workers, we hear many stories of fraudulent disability grant claims but the truth is far more depressing and much less satisfying.

Nationally, more than four out of every 10 households receive a grant, according to  Statistics South Africa’s latest household survey. In provinces such as the Eastern Cape, the Northern Cape and North West, grants make up more than a quarter of household income on average.

In a country like this, most grant applicants are just desperately trying to survive and we doctors make it harder for them in some ways. On the same day, a mother brought in her daughter, who suffers from  epilepsy, insisting that she needed a disability grant because of the frequent seizures. They were struggling to get by.

It took one question to verify that she did not qualify for a grant: “How are you taking this medication to prevent the seizures?” When she said “one tablet once in the morning”, my heart sank. She was supposed to be taking three tablets twice daily.

It must have felt like I was dangling the keys to a meagre economic salvation in front of them and then passing her some pills through the bars instead. I counselled her on the correct use of her medication and made a follow-up appointment, but their disappointment was apparent. I was left feeling ashamed at my inflexibility.

Indications for social assistance grants are rigidly delineated, understandably so. The Social Assistance Act defines a disabled person as someone who is unable to work because of a physical or mental disability.

Meanwhile, the South African Bill of Rights says everyone has the right to “social security” and that the state must take reasonable measures, within available resources, to achieve the progressive realisation of this right. But what counts as social security? 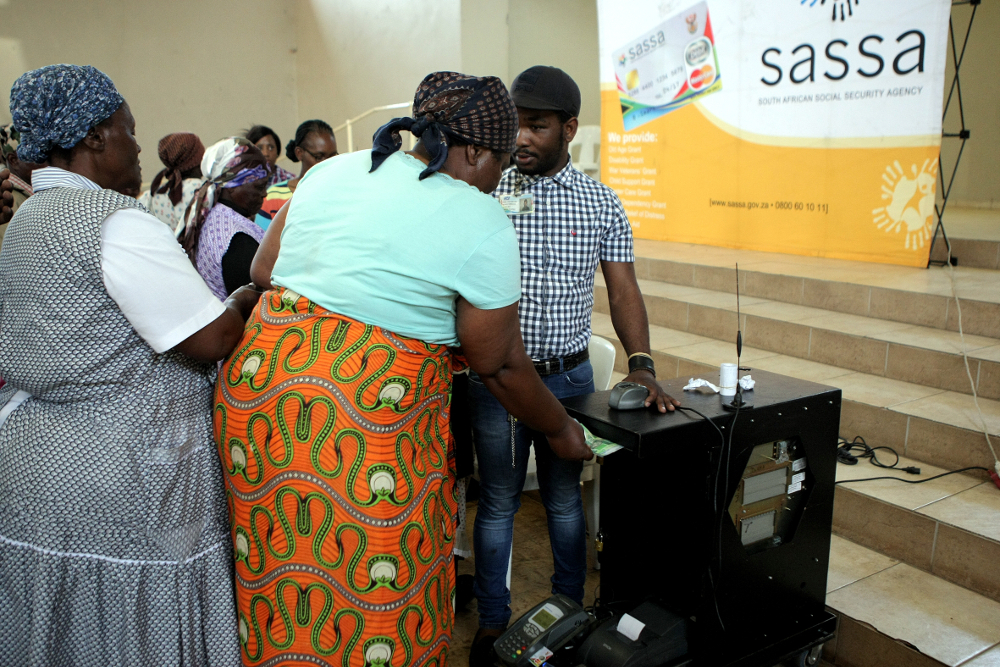 Doctors face life-and-death decisions daily, but we rarely think disability grants are one of them. (Gallo)

The Social Security Agency of South Africa disbursed 17-million social grants in 2016 and payments such as these have “played an instrumental role” in reducing poverty, a StatsSA  2017 report shows.

But many people are too old for a child grant, too young for a pension and don’t qualify for a disability grant. It is undeniable, however, that many of these people endure an existence of bare subsistence when about one in four South African households regularly don’t get enough to eat.

What are peoples’ alternatives? It is difficult to live without money and it is almost as difficult to come by it in some parts of South Africa. Even subsistence farming is expensive to start.

As a doctor, I can offer no treatment beyond a partial diagnosis. I just never expected myself to be positioned as the petty bureaucrat, blocking requests by people desperate to be deemed disabled to ease the strain of their existence.

My feelings of guilt are amplified when I recall the story of  Aristides de Sousa Mendes . Sousa Mendes was the Portuguese consul in France in the 1930s. Against orders, he issued thousands of visas to refugees fleeing occupied Europe.

He was one of hundreds of diplomats, most of whom carried on denying visas as per protocol.

Every desperately poor, but theoretically able, adult one denies assistance to is another person who stays on the lowest rung of the ladder, struggling to survive and far more likely to fall off with the next sudden gust of misfortune.

Even if you’re not starving, a lack of transport money can be the difference between life and death in rural areas. 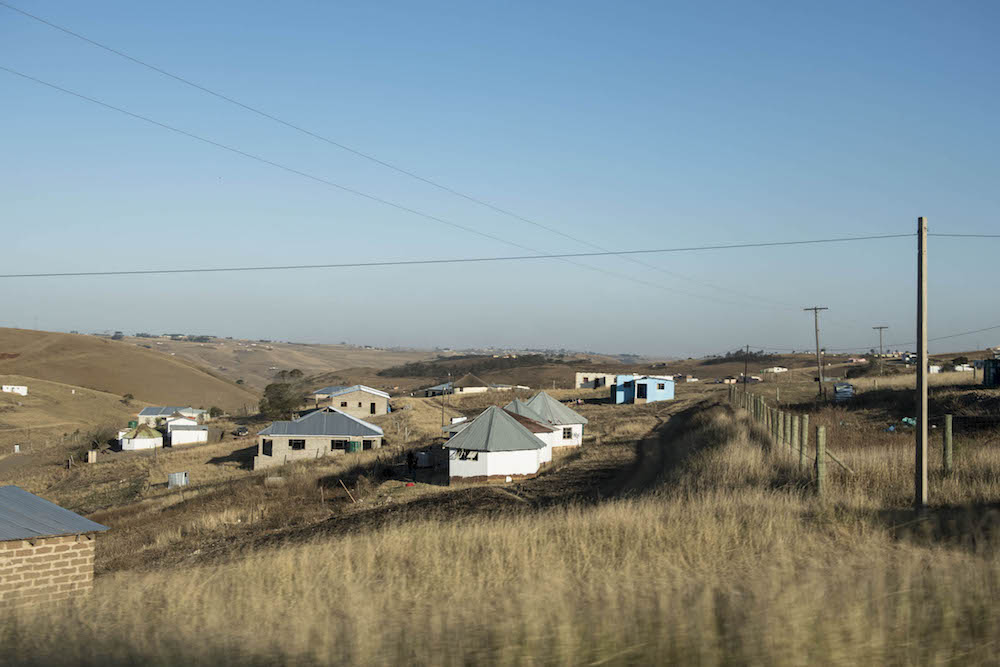 If you’re a doctor, you might relate to the daily dilemmas of this rural Eastern Cape doctor. (Delwyn Verasamy, Mail & Guardian)

Should one follow Sousa Mendes’ example and issue disability grants for all applicants, regardless of qualification?

Sousa Mendes had half his salary docked for a year but then went straight back to work. If a doctor similarly doled out disability grants, this would be fraud and could result in imprisonment or being struck off the medical register.

And all the grant applications would likely be rejected. This is clearly not a viable solution and definitely not what I am recommending. However, if people are slowly starving why are we not looking at alternatives and beginning to consider expanding South Africa’s social security safety net?

Having the ability to recommend financial assistance to disabled or distressed patients is a sign of living in a functional state with a social safety net and this is heartening. It is dispiriting, though, to watch people pass through our consulting rooms as they fall through the gaps.

*Not her real name

Koot Kotze is a community service doctor at an Eastern Cape hospital. Follow him on Twitter  @KootBenderKotze and read more from him here.