Is education the answer to shifting attitudes towards homosexuality in Botswana?

Botswana is among 76 countries where homosexuality is considered illegal and criminalised. Despite this we have seen changes in favour of minority groups in Botswana, which are mainly driven by court rulings. For instance, the government of Botswana denied Legabibo, an advocacy group for gay and lesbian’s rights registration as an independent nongovernmental organization; Legabibo sought relief before the high court; and it declared that Legabibo had the right to register as a society.

In another instance Ricki (Tshepo) Kgositau, a transgender woman, took the government to court for refusing to change the gender mark of her national identity form from male to female. This turned out to be another victorious case for the LGBTIQ community. Ricki, a student activist and leader, was able to draw on the resources of being educated and used education as a tool for social change. Access to courts is facilitated by access to education and hence Accountability International, in partnership with the higher education sector, drives this change through knowledge production and use of research for advocacy.

Although contravening constitutions and defying principles of equality, fairness and justice which most African democracies claim to adhere to or aspire to achieve, the discrimination of LGBTI people cannot be viewed in isolation. It also ensues from cultural claims, societal values, citizen’s heteronormative attitudes, ignorance, intolerance among many other factors. Developing countries have not made the protection of LGBTI rights a priority, claiming the need to attend to citizens’ dire developmental needs and alleging that the phenomenon of homosexuality is alien.

Governments in developing countries are likely to find themselves swimming against the tide by formulating and upholding laws that do not reflect sentiments of the masses. However, the purported protection of people’s bigotry comes at the expense of the rights and interests of the minority.

The attitudes of Batswana may in part explain the government’s reluctance to protect the rights of sexual minorities; they also reveal the level of homophobia that confront LGBTI people and the challenging environment in which they are expected to thrive. Higher education is not exempt from this; there is discrimination in a number of post school/higher education institutions in Botswana responsible for teaching and technical skills training.

Figure 2
The Afrobarometer 2014 survey results show a significant disparity in the citizens’ levels of tolerance of homosexuals. More than half of the respondents said they strongly dislike and somewhat dislike homosexuals, an alarming rate of intolerance. 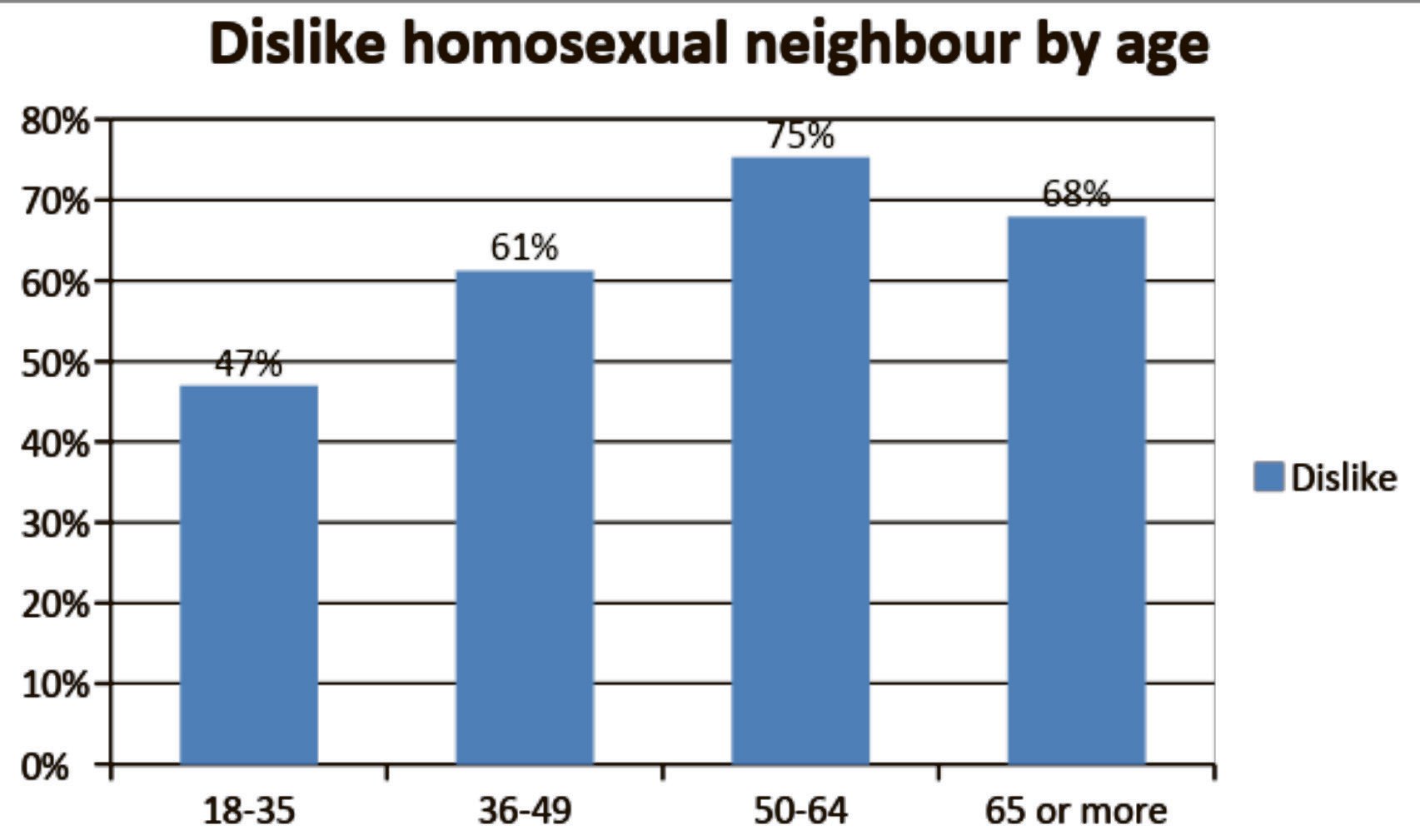 Figure 3
Respondents in the rural areas appear to be less tolerant as compared to those in the urban and semi-urban areas. People in the rural areas (42%) are likely to be more conservative, with limited access to various forms of media which connect the country with the rest of the world, hence less exposure and less tolerance. 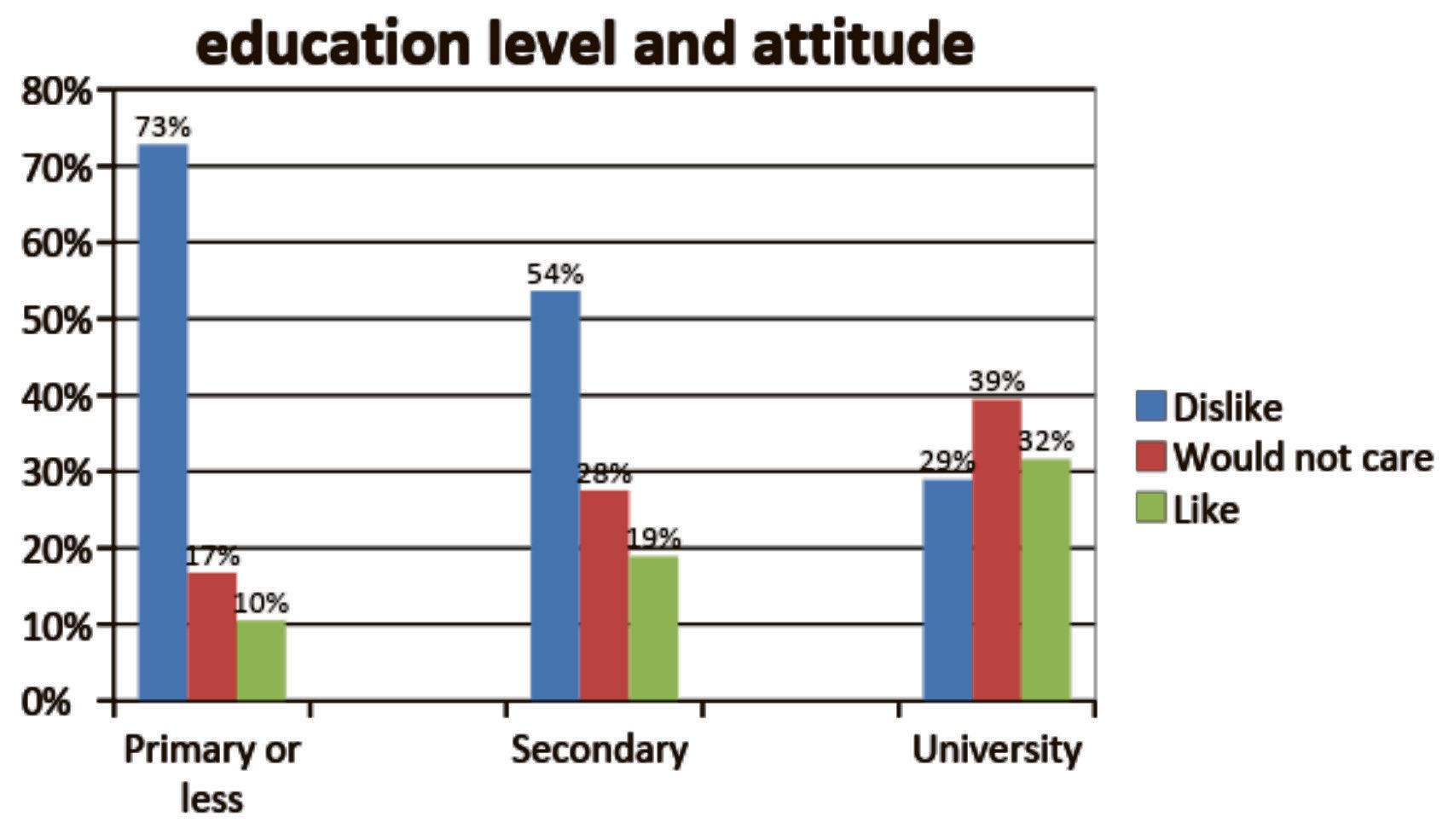 Figure 4
The data shows that the younger people are more tolerant towards homosexuals as compared to older people. 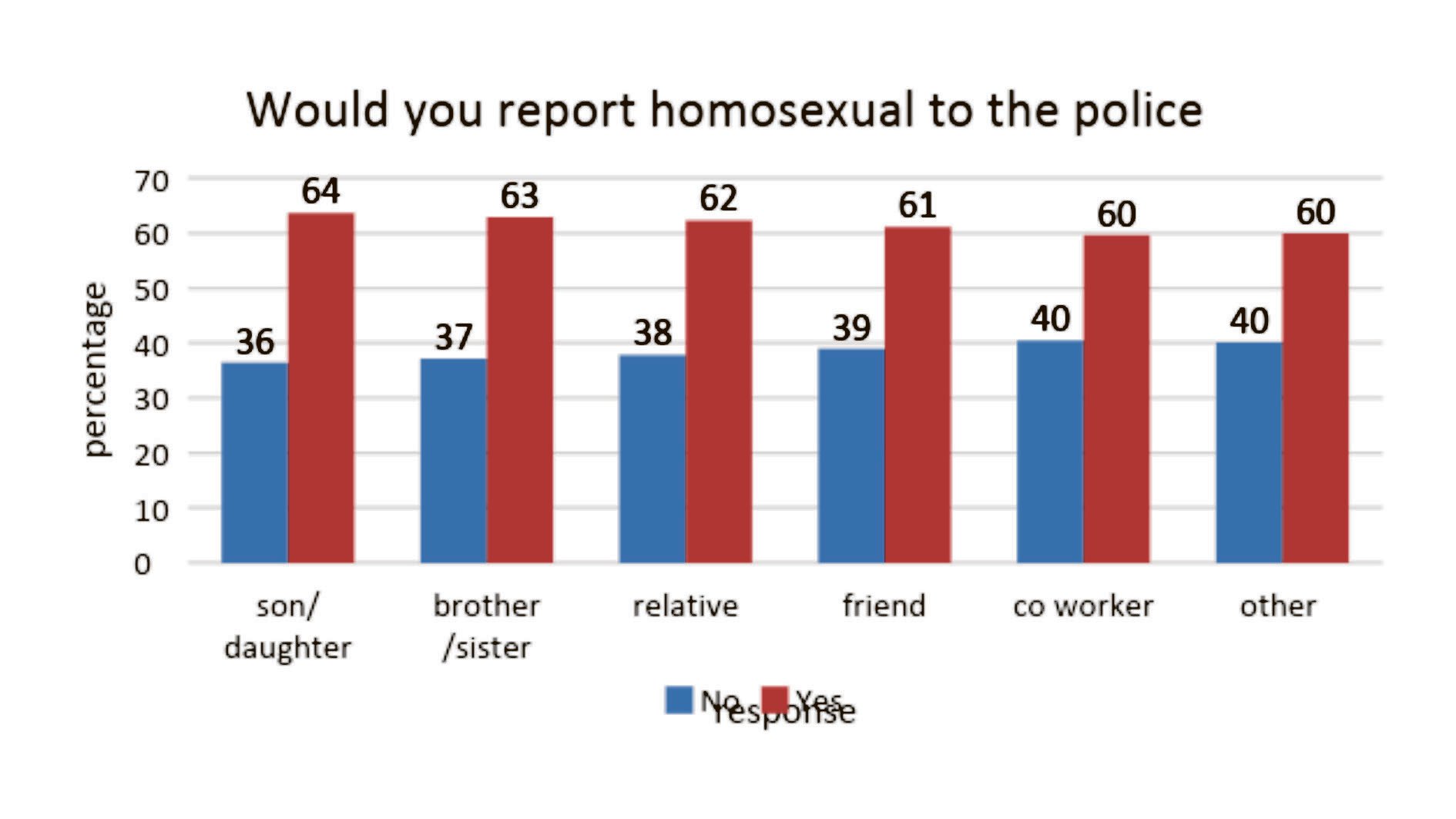 Figure 5
The data shows the least educated as the most intolerant. Those with higher education have more a broader world view, more information and more tolerant attitudes.

When asked if they would be inclined to report to the police or any official if they discovered that their child, sibling, relative, close friend, co-worker or other people were in a same-sex relationship more than half of the respondents across board said yes. However, their reaction may be different once confronted by the actual situation.

It is evident that the citizens in Botswana are still not receptive to homosexuality. There is need for intervention, particularly from the higher education sector and and LGBTI groups to bring both the citizens and the government to a place of acceptance.

The Mail & Guardian apologises for publishing incorrect information concerning student activist Ricki Kgositau, who is in fact a transgender woman