Transnet’s financial results released this week again threw a spotlight on the potential ramifications that governance failures at the major parastatals have for the state’s finances.

Because of a surge in irregular expenditure, Transnet received a qualified audit. This is an “event of default” in clauses on loans worth R15.8-billion, it said in its results.

Transnet told the Mail & Guardian, if the lenders of this debt exercised their right to recall it, this could lead to a cross default on the parastatals’ entire debt portfolio of R122-billion.

As a result, its audit included a material uncertainty about its ability to continue as a going concern should these loans be recalled or their repayment accelerated.

But Transnet has been negotiating with lenders to get waivers on this debt to allow it time to take remedial action. It said it was confident it would be able to reach an agreement with all the lenders. Only three out of 10 of them were still to provide waivers.

Nevertheless, the government is watching the matter. Jabulani Sikhakhane, spokesperson for the treasury, said it was “monitoring the situation very closely, and is in regular contact with both Transnet and public enterprises, the shareholder ministry”.

Public Enterprises Minister Pravin Gordhan said in response to questions that the Transnet board had assured him it had “engaged the impacted lenders to share the nature of the qualification, root causes, remedial actions and timelines for remediation”.

“I am confident that none of the remaining lenders will call on the default clause given the company’s strong financial position and the cash flow generating capability, which will enable it to repay its obligations in the ordinary course of business,” he said.

About R3.8-billion of Transnet’s debt is guaranteed by the government, meaning the fiscus would have to step in if it failed to pay its creditors.

It has about R122.5-billion in outstanding loans, with banks, development finance institutions and export development agencies. This includes R58.2-billion in bonds and commercial paper, which is widely held and traded.

Transnet said its engagements with lenders were being undertaken “in a positive environment”. Agreements would provide the auditors with the assurance that the repayment of the loans would not be accelerated.

But the state’s headache is not confined to Transnet. The risk of contagion to other state-owned enterprises has raised its head several times before when they have been in a financial crisis, given the potential for investors in one parastatal to be spooked by any default in another.

This risk was one of the reasons the treasury repeatedly bailed out SAA last year, despite persistent concerns about its governance.

With more than R440-billion in guarantees to parastatals, the contingent liabilities this presents for the budget is routinely a feature in credit ratings agencies’ assessment of the government’s financial metrics.

Transnet’s external auditors, SizweNtsalubaGobodo, noted in their report on the parastatal’s financial statements that the group “relies significantly on its funders and, therefore, if the funders were to call up loans and facilities as a result of such breach, the impact on the group’s access to sufficient resources and facilities for the group to meet its obligations in the ordinary course of business could be jeopardised”.

Despite this, the Transnet board was confident that its ability to continue operating was strong, given its strong financial position.

At the heart of the qualified audit is the spike in irregular expenditure, which rose to R8.1-billion this year.

About R3.4-billion is related to the current financial year and R4.7-billion is from previous years. This is compared with the R692-million reported in the previous year.The increase is partly a result of Transnet investigating spending going back to 2005, according to chief executive Siyabonga Gama.

Like Transnet, there was also a leap in irregular expenditure at Eskom — to more than R19-billion — which it revealed at its results in July.

In both cases, new boards at both companies have taken a tougher stance on governance in the wake of corruption allegations linked to state capture.

Transnet’s interim chief financial officer, Mohammed Mahomedy, said at a media briefing on the results that the auditors’ concerns related to the completeness and accuracy of the reported irregular expenditure because of lapses in controls in procurement and supply chain processes. 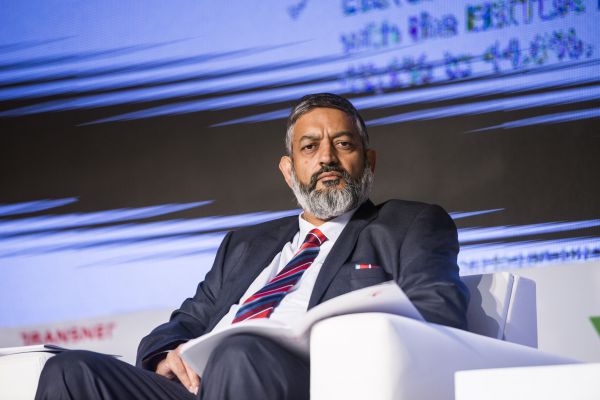 Gama added that “value was received in a great number of these [instances] but the spending was irregular in the sense that the procurement processes were not properly followed”.

Although a remedial plan was on the table, there was “quite a lot of work that needs to be done”, said Gama, including the need to automate some of its contract management systems.

The implications of the qualified audit notwithstanding, the results presented were “unparalleled”, according to the company. Earnings before interest, taxation, depreciation and amortisation, Transnet’s key measure of profitability, increased by 18% to R32.5-billion, the company said.

Despite this success, the controversy over alleged misconduct by senior officials is still being dealt with. Three separate inquiries at Transnet — one by law firm Werksmens, one by Mncedisi Ndlovu & Sedumedi Attorneys and another being done on behalf of the treasury by Fundudzi Forensic Investigators — have singled out current and former executives for possible misconduct, including for their role in the controversial procurement of 1 064 locomotives.

Gama and two other executives have been served with a notice of precautionary suspensions. They have reportedly been granted an extension to give the board reasons why they should not be suspended.

Gama declined to comment on this matter. “Like everybody, I am going to clear my name but the time has not yet come for me to have any discussion about what is currently happening between me and Transnet. I will talk at the correct time.”— Additional reporting by Thulebona Mhlanga